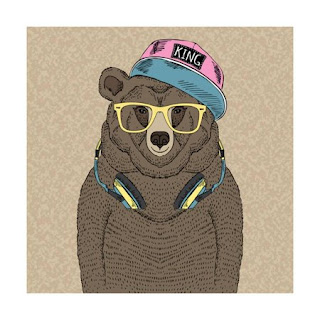 Funny I should end up here but since we might be skiing on Friday....

I'm bored at work so I clicked on this. Funny story. But I'm one of those guys with a little speaker when I'm solo. I turn it off once I'm above tree line. It has to help. I'm not going to yell or talk to myself. Too boring. I've taken care of a few bear mauling victims and it's not pretty. False sense of security? Maybe. Hard to do research on that. You could call it dinner music for the bear.