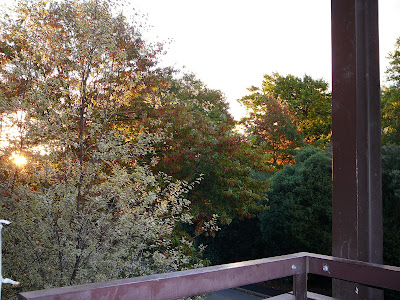 Starting to see some color

Bad news, I’m afraid I won’t be able to top my last post in terms of photos, at least not right now. In fact, this post isn’t even about photos (though I’ve got a few) The last week or so has been all about getting work taken care of, ya, well, ok, and maybe a few hundred miles of riding sprinkled in there too, but only for good measure.

So, Term one is over, yep, 5 weeks of relentless academic challenges, ahem ahem, see below. Fortunately the good people at Uni know the human brain is only capable of so much work before it combusts, so they’ve given us the next 3 weeks off so that our brains can once again fit back in our heads.

I’m heading off the first day of break (Friday the 6th) for a 700 some odd mile ride around the central part of the , returning back up along the coast. I’m a little apprehensive going into this, clearly, but this is my first time ever attempting something this long on a bike. I’ve got road tripping and backpacking down to science, but now I’ll be mixing it up and facing whole new sets of problems with a completely different compilation of gear. Even figuring out what to bring for food is tough (Ben if you’re this, I’d just about kill for one of your friend’s 3 pound “kept the pioneers alive” sourdough loafs.) It’s going to get interesting.

It’s not quite accurate; I’ll be bussing two legs on the trip south to bypass sections I’ve already done with Meg and Narva on our way to Wanaka, and adding a leg to visit the base of Mt Cook, NZ’s highest peak. The bussing idea came at the suggestion of a Kiwi tourer I met, who pointed out that it was well worth my time to see cook and avoid the constant head wind I’d be fighting on my way to Wanaka.

I’ll have to be back in Chch by the 16th, as the following day I’ll be taking a hiatus from my break to go do some research at the school’s field station in Arthur’s Pass for four days. Really, how could they…haha.

I’ll end the break with a 5 day trip with the IES program to the Cook Island of Rarotonga (Don’t ask, just two words, Google Earth).

As always, it’s been great to hear from so many of you. I won’t be able to do much emailing myself for the next few weeks with all the traveling, but please shoot me one whenever you feel like it.

Despite all the hardwork...I meade it up to Craigieburn in Arthur's Pass to do some of the wildest mountain biking I've done since maybe Alaska. Unfortunatley, it was raining as we saddled up in the car park so I left the camera in the car, and or course, not 5 minutes down the trail, the clouds blew off and we had clear skies the rest of the afternoon. I guess I'll just have to go back, rough I know..... 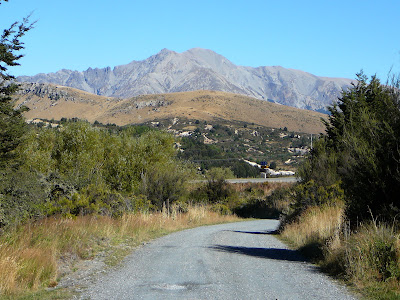 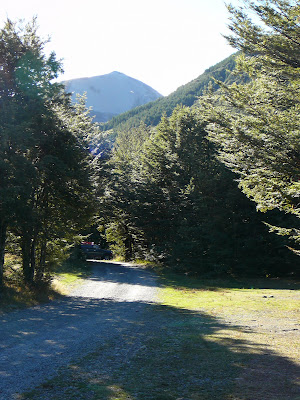 "Spud" and "Sloth", courteous enough to share the wild trail with me. 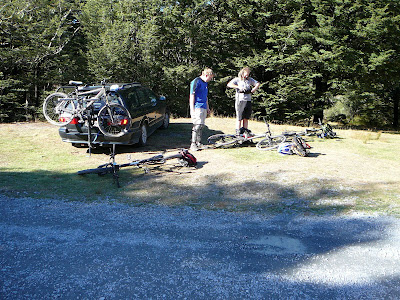