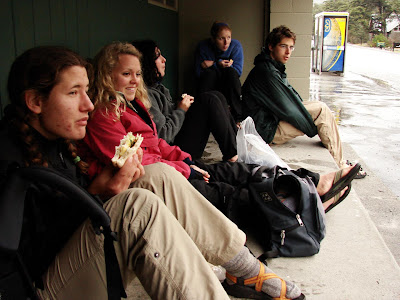 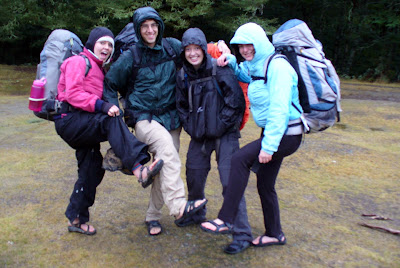 Flip-floppers, preparing for a rugged hike to the Beally Hut

"We decided to bail on Waimac falls because of high water, opting instead to hole up a mile from the highway in shelter. " 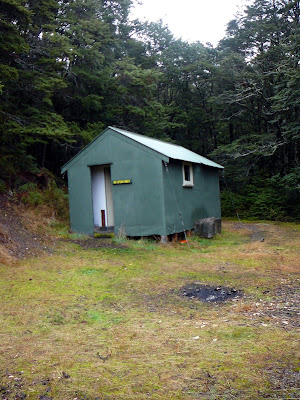 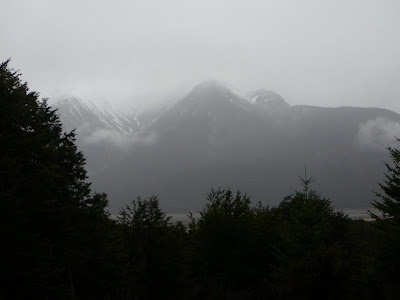 Snow in the peaks across the Waimac valley 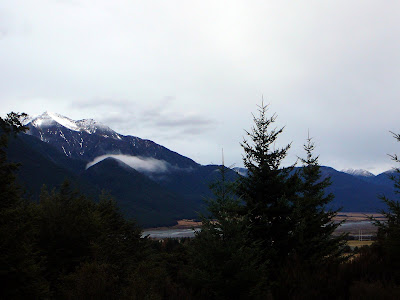 A few hours later it cleared 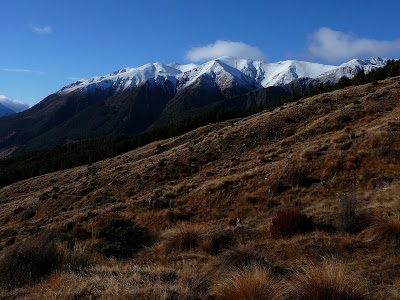 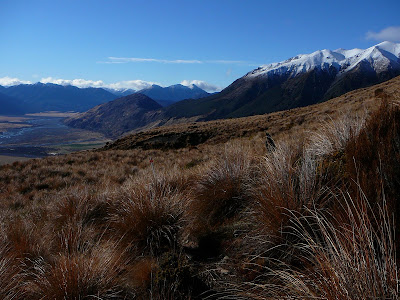 Down the Waimac valley towards Porters Pass 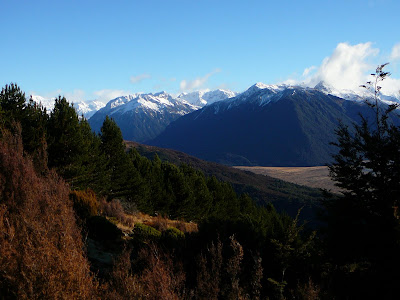 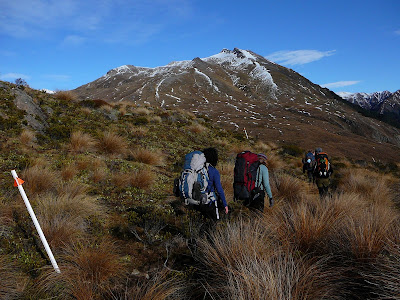 The crew moving out after a snack 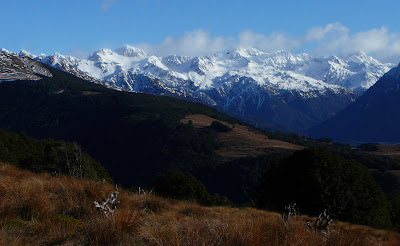 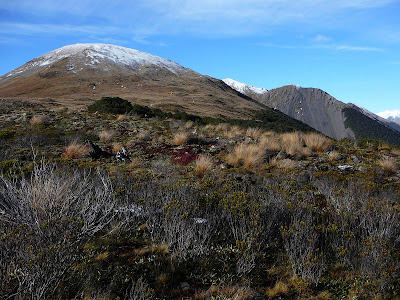 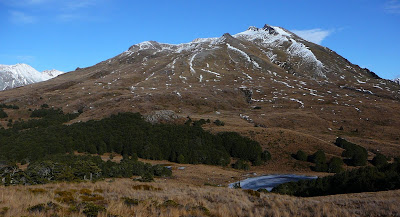 "Tuesday was a beaut; we wandered through the tussock meadows on the flanks of Bruce Pk. To lagoon Saddle, rounding its west side through lagoon saddle and down to the west branch of the Harper. " 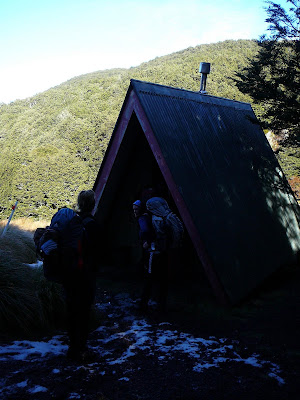 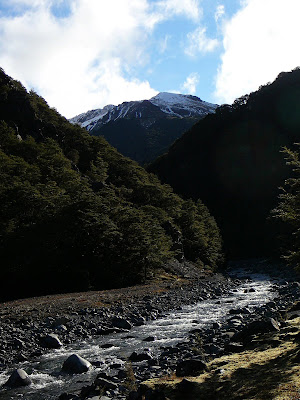 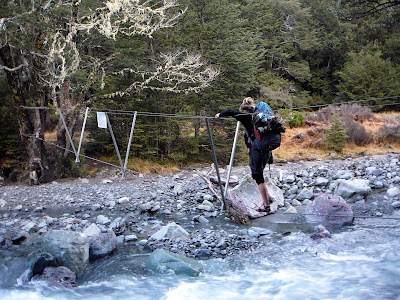 Missy on a wire bridge 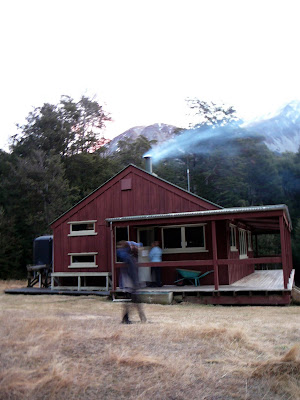 
"Eventually made it to the large Hamilton hut. All to ourselves with a wood stove for warmth. " 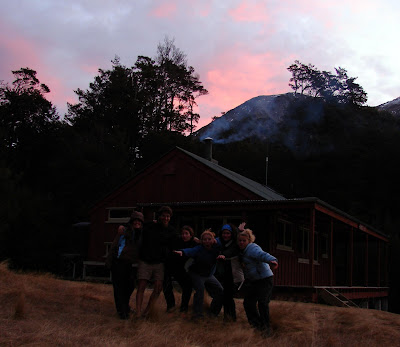 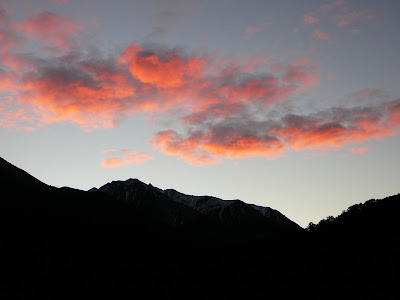 "Woke up at first light to go split wood in the frosty dawn. Couldn’t help but think of Ashar, when I got them clean down the center." 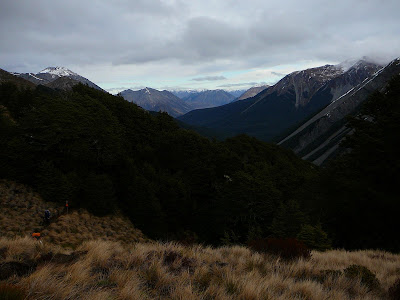 Looking back through the Hamilton Valley 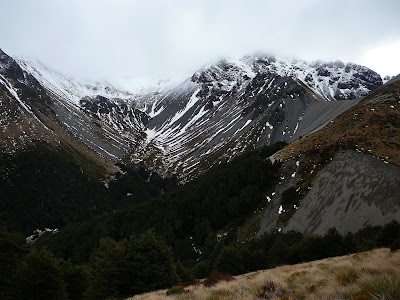 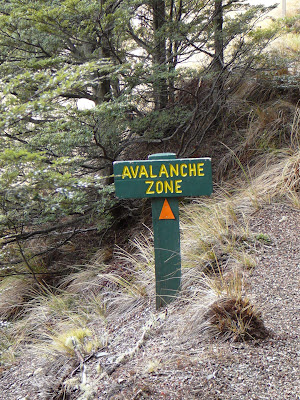 No worries as we passed through Cass Saddle 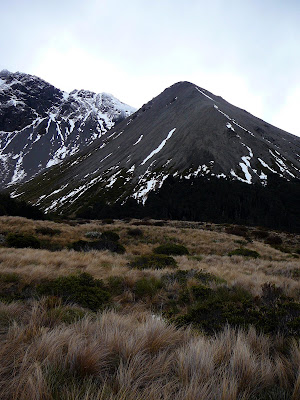 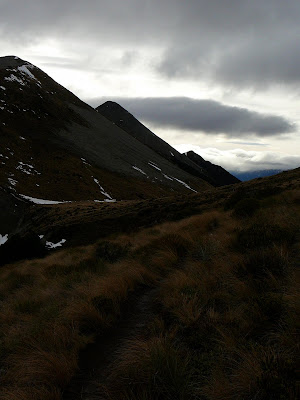 "Cloudy skies but no rain, Climbed up the Hamilton Valley. Steep pitched to reach Cass Saddle. Cruisy walk down the other side, but became disoriented about 4k from the road. Crossed, and recrossed the swift current of the Cass Brook twice before finally picking up an old trail that lead us out. " 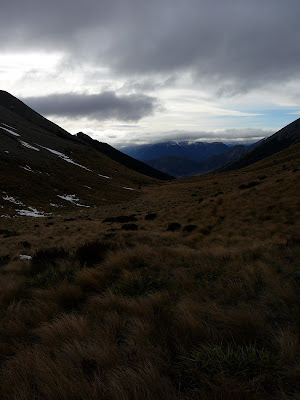 Ahead through Cass Valley and the Waimac Valley 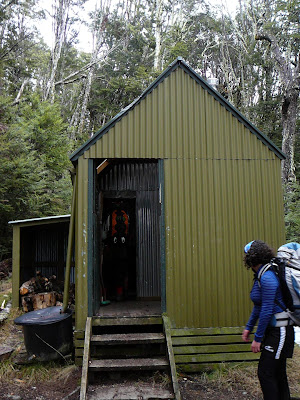 "We got to the road and the girls were more disoriented than I realized. Insisted that that the car was to our east even though we’d mostly been going east. Couldn’t convince them otherwise, and feeling outnumbered 5-1, I gave in and Annika and Caitlin stuck out a thumb towards chc. A half hour later they came back looking pretty confused, haha. Made it back to chc by 7 for some Indian food and then a few brews at Fat Eddy’s. "
Posted by Dante at 4:08 PM