Two years after my dad made his second visit to the Kenai (the first was long before I was born), he revisited the area this month to again scare the rotting flesh off of the elusive Great Humpbacked Pacific Salmon.

Alas, the humpies weren't in thick, so he and his girlfriend, Melissa, who joined him on his trip to the north, chased silvers, halibut and caught and released plenty of kings. 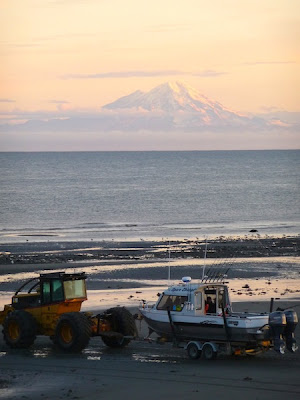 The weather cooperated after we set a record rainy spell. Though we were blown off on our attempt to do a combination saltwater trip out of Homer, we did fish two days in a row for halibut. 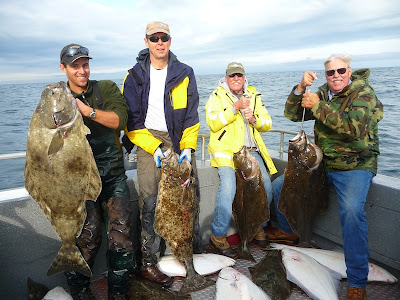 The catch from the second halibut run with two Californians who were more than happy to have their limits. 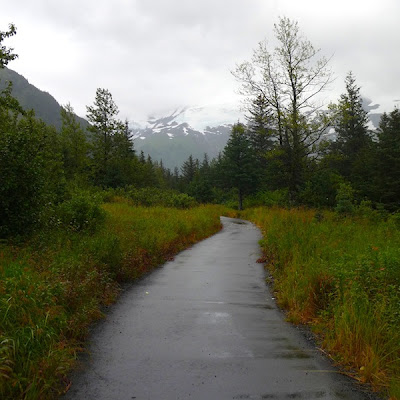 On the final day we did some scenic tourist stuff in Portage. Here's a very dreary fall like scene on the Trail of Blue Ice near Portage Lake. 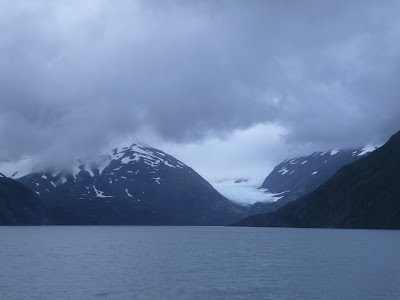 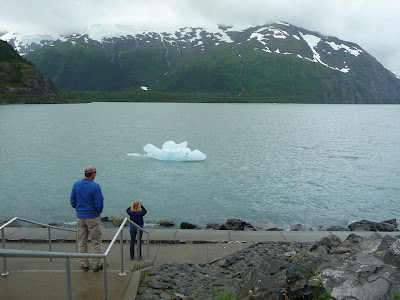 Icebergs in the lake. 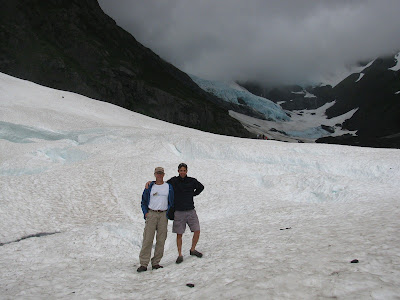 Standing on the foot of a massive remanent pile of avalanche debris near the Byron Glacier. Photo courtesy of M.B.
Posted by Dante at 1:39 PM