Late season on the Russian

We seem to be having an Alaska version of an Indian Summer up here. By northern standards that means temps in the mid-40's or better and not raining. Kjell and I rode the Russian Lake Loop on Saturday in a really nice window of clear weather.
We started out with the plan that we would ride to the top of Snug Harbor Road to the top of the Russian Lakes Trail, and head down the trail to test things out.
Freeze-thaw conditions can make trails unrideable, so we figured that if we got a mile or two in and were spinning our tires on slime and much, we could bag it and still do a 35 mile out-and-back.
Leaving the Russian River overflow lot a little after 1, we made good time on the road and climb up from Kenai Lake, reaching the trail head in an hour and 20.
After a short break, we took off down the trail.
My hope was that the Russian's tendency to stay on well drained soils and side-hill across slopes would mean that even though the temps are swinging back and forth across the freezing mark everyday, it wouldn't have an affect.
My hunch was dead on. To add to that, even when the sun comes out as it did, it's so low in the sky now it can't get the power to really nuke the ground.
The trail wasn't quite frozen like concrete, but was more than hard enough that we never had an issue where we were spinning tires in sticky muck. I was actually a little nervous there would be slime ice on the dozens of little old bridges. Fortunately that was never a problem.
The riding turned out to be about as good as I think I've ever seen it on that trail. The notoriously obnoxious vegetation was withered away and the trail smooth and dry.
The only thing lacking was the normally lush verdant views and wildflowers that make the trail such a great early season ride.
Not lacking, however, were bears.
I was thinking that they might have cleared out of this very 'beary' corridor now that the fish are all gone.
While they were mostly moved out of the lower valley, the bench between the intersection with Resurrection River Trail and Upper Russian Lake was thick with bears. If someone stumbled upon the trail from the wilderness, absolutely nothing would tell them that it was actually a human path. It literally appeared that a parade of bears had marched through there.
Someone might want to leave those bears some pepto-bismol too 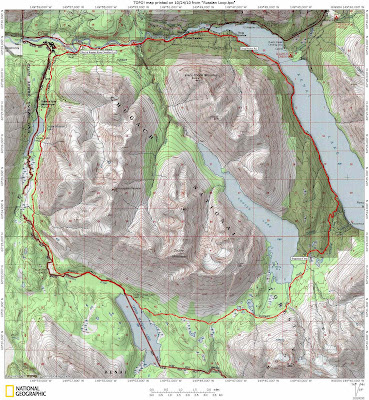 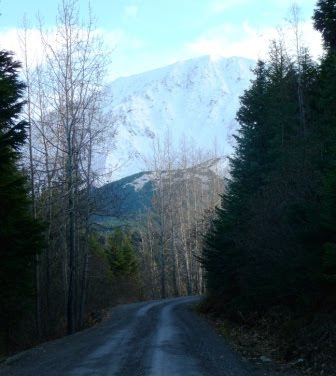 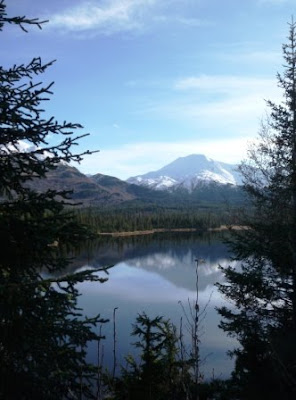 Shot Peak across an unnamed pond near the crest of Snug. 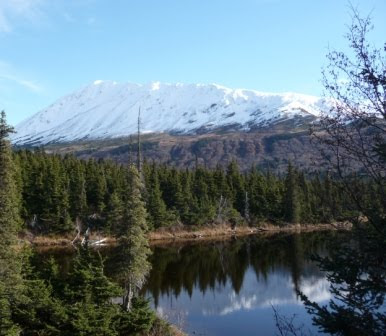 Bone, from the same pond. 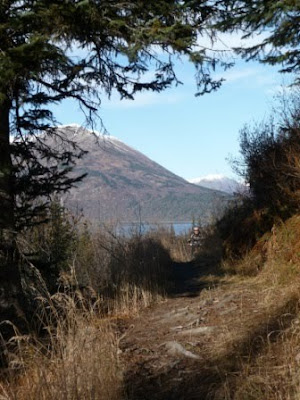 Cooper Lake, looking back a mile or so in on the trail. 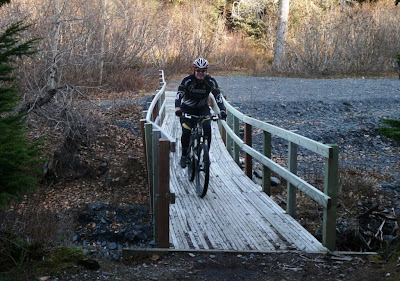 Jeezum Kjell, slow down, you're breaking the bridge! (CTE) 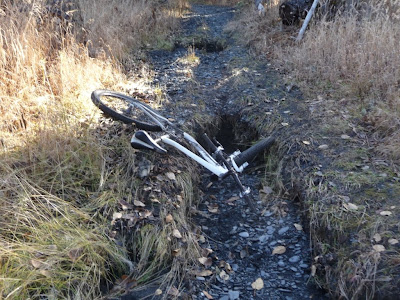 There's a section of trail that's slowly been getting washed away by a creek that jumps its banks every chance it gets. Last time was up here in June and riding in reverse, we plowed against flowing waters and I recall that the little waterfalls had plunge pools underneath. As I came down this time I barley dumped it into a 4 foot crater at the beginning of the wash out. After that I figured I'd be safe and dropped the little guy above this hole thinking this one would be the same. Oops! (CTE) 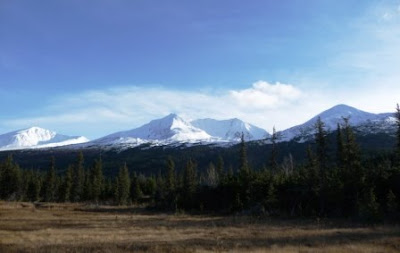 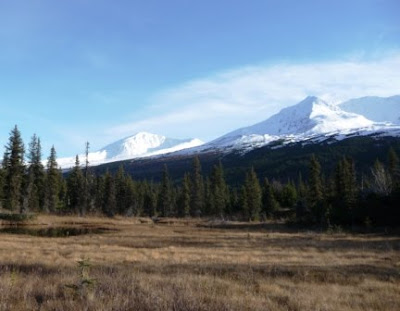 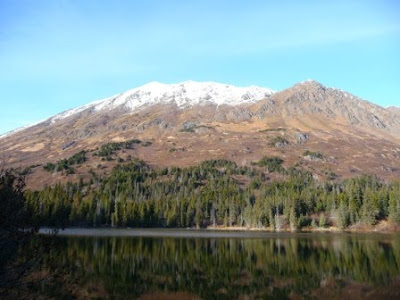 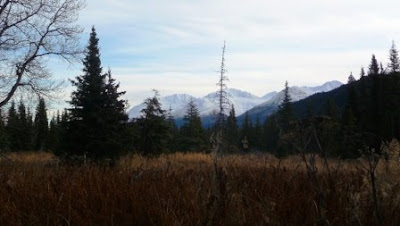 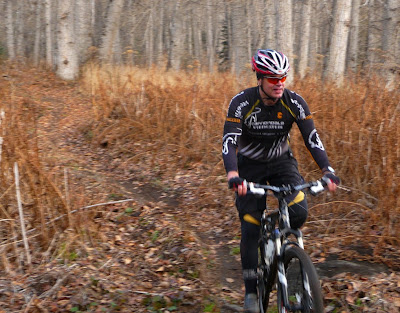 Through the cotton woods below Upper Russian Lake. (CTE) 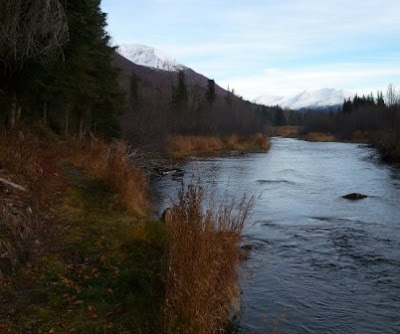 A view along Russian River. 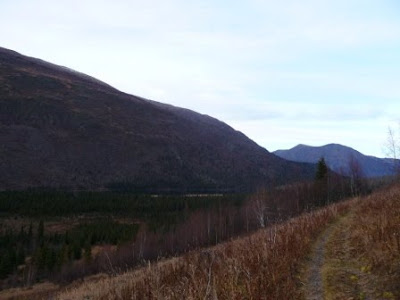 A view to Lower Russian Lake. 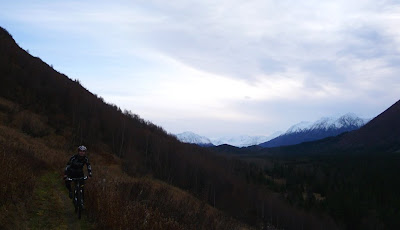 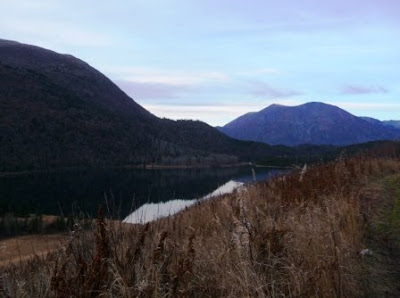 So even though I had to work on my actual birthday, I was thankful the Kenai Gods let me ride into my 25th year the day before.
Posted by Dante at 10:14 PM

You know it's a real Alaskan when he rides through a bear charge and doesn't even mention it in the blog post. Must have been counting on an anonymous poster for that.