Sunday we took it easy, but still managed to keep our legs stretched and flushed by taking a walk around Valdez, visiting KO's cabin site, and doing a light spin on Lake Louise Road. 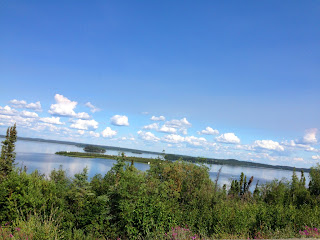 Is it next weekend yet?
Posted by Dante at 4:00 PM