On Sunday Ethan and I tried to go boarding and mountain biking in the same day, but found the lowest patches of snow way farther up and out than either of us were interested in bushwhacking to.
Being on the snow in this weather (it's scorching up here, like 80's and dry) would have been sweet, but so is epic AK single track.
As the guy who sold me my bike said, "We ride powder in the winter, and single track in the summer."
It really is pretty much the same damn thing.
Last year summer skiing was much easier thanks to heavy snowfall in late winter and a cool summer. This year we have the exact opposite. Not the year to try and board in all 12 months.
Fortunately, we still had our two wheeled rigs, so we went to the Devils Creek Trail Head.
Devils Creek trail starts on the Seward Highway north of the Sterling Highway junction. The trail heads westerly 10 miles through Devils Pass (2,400') joining with the upper Resurrection Trail. After stopping at the cabin for a break, we rode through Resurrection Pass (2,600') to a knoll that overlooks the descent to Hope. 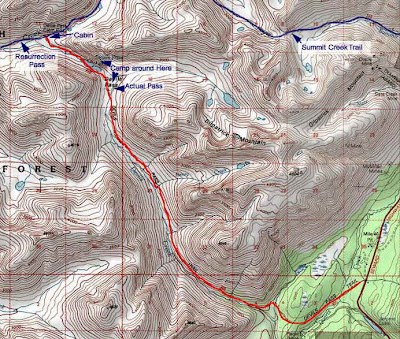 Not all went smoothly unfortunately. As I stood in the lot with my pack on I looked over at Ethan and noticed he didn't have a pack or even a water bottle. I didn't want to say anything, but doing a ride without water at 50 and rainy is a bad idea, let alone 80.
To my disbelief, he shut his trunk and looked at me like he was ready to go.
Then he looked back at the trunk, said something I won't write here, and gave a tug to the now locked trunk.
Yep, his pack, and keys were locked inside. After wandering the lot looking for something that could be used to jimmy the door, we decided to drive to Cooper Landing.
This being Fourth of July Weekend, we ended up taking two hours to get someone to make the normally 20 minute drive from Cooper to the trail head.
We got underway in the heat of the day.
It ended up being a great, though smoking hot 4.5 hour ride. Down low, in the pockets of undergrowth with no breeze, I bet the air temperature was close to 100. 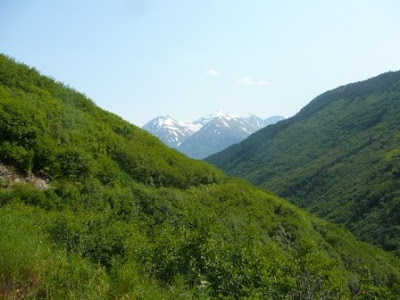 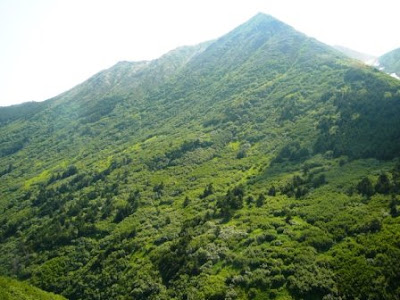 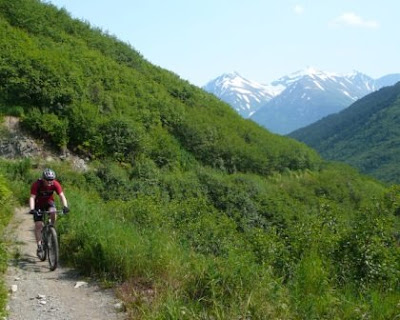 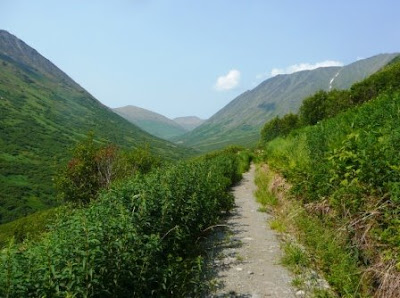 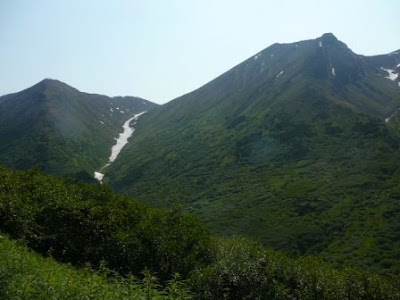 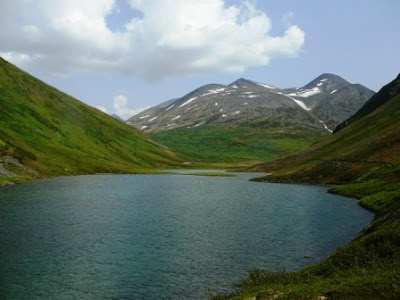 Tarn near the top of the pass 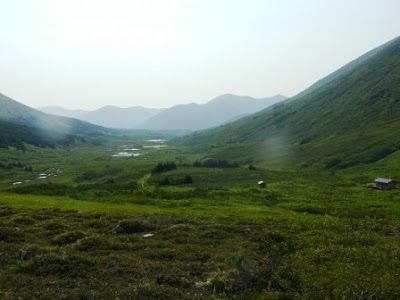 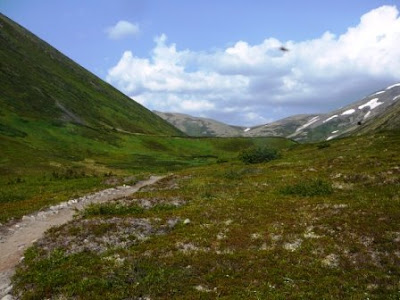 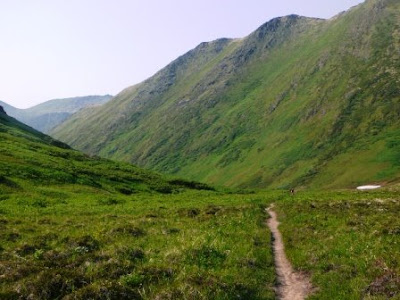 Looking west from the top of Devils Pass 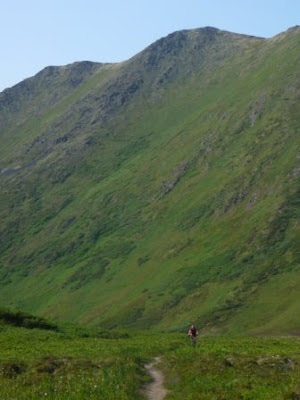 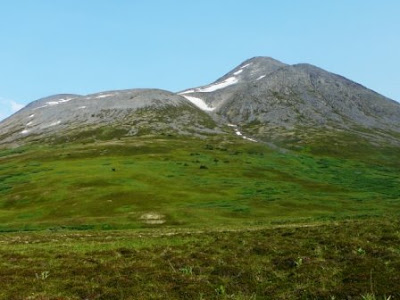 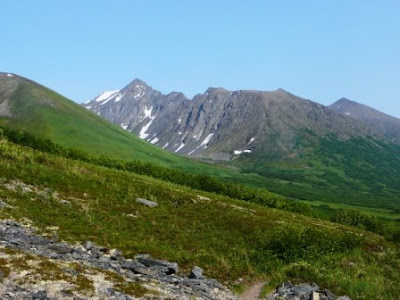 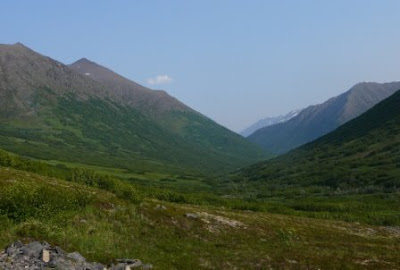 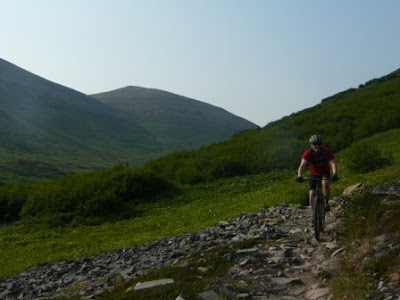 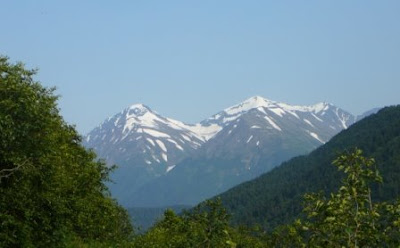