In the southeast corner of mainland Alaska is a federally protected chunk of mountains and ice that seems to have been all but forgotten by much of the world, and time. Ask a lot of Alaskans if they've been to Wrangell-St. Elias National Park and chances are you'll get the same response: "Nope, always wanted to."
Alaska has 23 National Parks, many of them are largely inaccessible except by air, water, or ice. The fact that Wrangell-St. Elias is a bit lonely in a big lonely state is not all that impressive.
This is though:
It is on this last point that the journey begins.
This area has had my attention for a while, but it's size, distance from Los Anchorage, and a plethora of other to-dos have kept me distracted.
Since I started regularly working in Valdez, however, the time was ripe to take a long weekend and check things out.
Rachel and I took an extra day off on our already extended Memorial Day weekends to do a road trip with friends, Amanda and Dan.
The agenda was very open-ended, with the main goal being to go check this place out, see the easy sights and do what we could with three days to help guide future trips.
The basic itinerary: 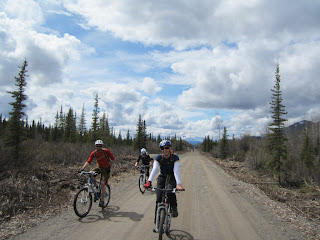 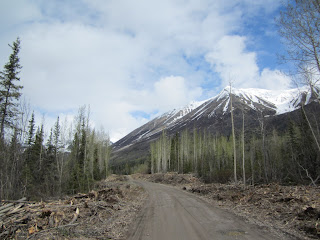 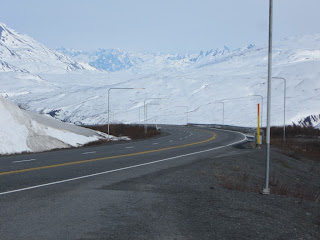 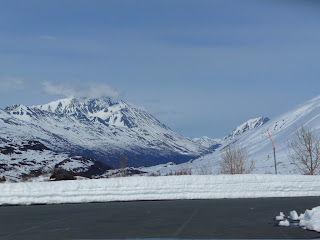