Summer of the Resurrection

It's taken five years, but it looks like the riding season of 2007 is finally going to step down from its throne as my strongest season pushing pedals. I plugged some numbers for the month of June, and it looks like I set a personal record of 560 miles logged (15 came from running, thanks Keith), just less than 50% of that on dirt too.It's been a long time since 2007, and it's time to move on.

Numbers are just numbers though, what counts is the riding, and that has been great. Brian and I drove down to the Kenai last Friday afternoon and stopped off at the Res Pass TH in Cooper to dump water before doubling back to Moose Pass to do a 14 mile round trip ride from the south end of Johonson Pass to Johnson Creek, The trail was in fantastic shape, no mud and only a bit weedy in the usual places. It was pretty sweet to be hammering Kenai single track after work too.
After the ride we headed to Sharon and Dave's cozy little cabin in Moose Pass and fueled up for a big day with lasagna, Mooses Tooth pizza and liquid carbs.

Saturday dawned a bit gray, and we all headed about an hour north and west to Hope and up the hill to the Res Pass north TH.
The game plan for Brian and I was to ride from Hope and back. A big crew of folks were out though, all doing different point-to-point legs and out-and-backs on Res and Devils, so it felt social in a way, even though everyone was sort of doing their own thing. 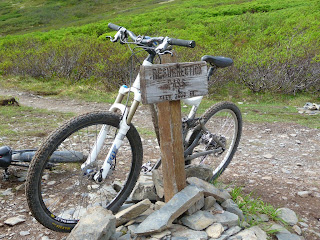 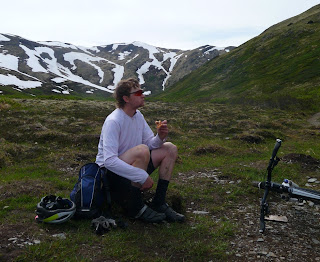 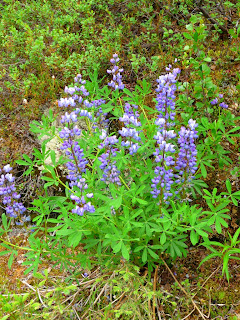 We made it to Cooper landing under sunny skies, but on the return, a storm came tearing out of the south, and by the time we hit Swan lake the sky was spittng. At the pass, temps dropped to 47 and it was nasty, but we got through the alpine and made it back below tree line. The trail was so try to begin with even the rain didn't make things too bad.


Two weekends ago I went down to fish camp. Fishing was slow, and consisted of flipping for reds and driftng for trout, but anytime on a boat is time well spent as far as I'm concerned. 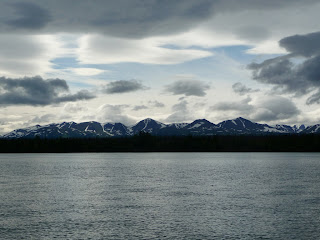