﻿
Two weeks ago Southcentral got whacked by an early season windstorm that caused lots of damage to Anchorage (LINK) as well as outlying areas.
Camp was mostly spared, but Cabin 7, which usually gets a few shingles torn off the east-facing side of its roof every winter, got more than usual ripped off by the surly gusts, and Joe wanted to nail down some new ones before the snows hit, plus he needed an extra set of hands on a few other projects.
I don't really need an excuse to go down to Sterling - it's the closest thing I've got to home so far away from home, I kind of feel like I grew up there, and I always feel welcomed when I'm down on the Cen Pen whatever I may be doing.
This weekend was no exception. Spending time at camp this time of year I trip on the memories of my first September there, and sometimes wish I could return to that short period in my life once more.
This year was no exception, but I find that I'm far better endowed now than I was then, in friends, in knowledge, in life.
------------------------------
Unrelated, I realized this week, for whatever reason I don't know, that when I lived on the Kenai, I used to make a trip to Los Anchorage every 6-8 weeks depending on the time of year to get out of dodge for a weekend. As it turns out, things haven't actually changed all that much. This summer, I can't recall when the last time I spent a full weekend in Anchorage was, and have spent maybe a handful of single weekend days here. Otherwise, all of my free time has been spent to the south, to the point, that when I actually do spend a full weekend day in ANC, it's almost a break and a relief, though one I'm not eager to extend.
Strange, I'd never really thought about it until this weekend.
Anyhow, Joe and I re-roofed Cabin 7, pulled up some driftwood from the banks, and other assorted camp projects for a fairly productive Friday, just in time for wind storm number 2 to roll in.
﻿


The storm turned out to be not nearly as severe as expected. Saturday dawned gray with a really light rain. I hopped on the hard tail and headed up to ride Swanson River Road. The two-lane dirt road that was punched in to access the Swanson River Oil Fields (LINK) now leads about 30 miles into the heart of the Kenai National Wildlife Refuge and is used sparingly by  canoeists and anglers accessing the Swanson River or Swan Lake Canoe Trail systems, moose hunters in season, and oil field service-related vehicles. The latter probably make up the bulk of the traffic.

Though I lived only a few miles from the road's start in Sterling for three years, never once did I touch it with a bike, and only a couple times did I drive maybe a dozen miles or so out in the winter to hike or hunt grouse.
The thought to ride it had occurred, but I never followed through.
On Labor Day weekend, also a bit rainy and drizzly, Adam, Brian, and I rode to the end of what's accessible by vehicle and back from Sterling, and were disappointed we had not done so years earlier.
The road is a rainy day gem. Lonely, leafy, winding, and surprisingly hilly best describe it. One's odds of seeing bears, lynx, or moose are high.
One word of caution, calcium carbonate is used for dust control, and mixed with water, it will cover everything. It is well worth lightly hosing off the bike after riding this when wet or corrosion and rust will soon follow. 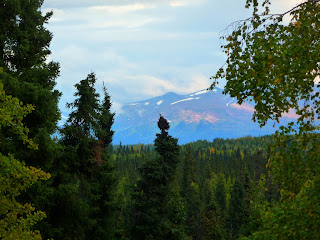 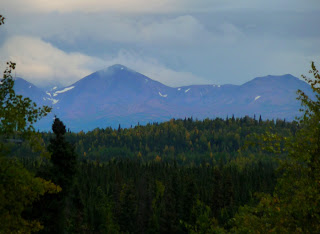 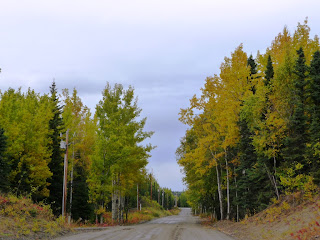 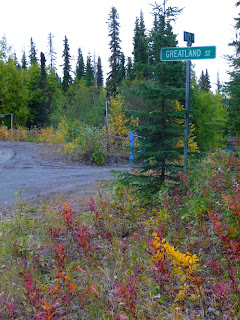 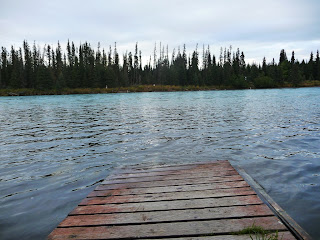 With no king fishing this year on the river, I didn't get to practice running a boat much this summer. I hoped to do a little silver fishing, but the humpies were in really thick, the silvers thin, and I couldn't rally anyone to go with this time. Oh well, a beer on the dock is OK too I guess. 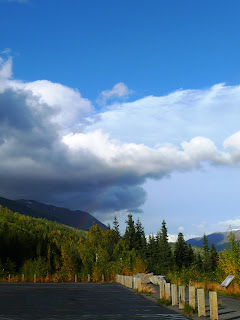 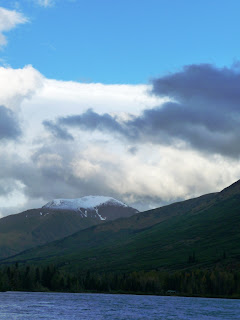