I guess if there's one upshot to a snowless and warm winter, it's a really quick transition to spring.
Road riding has been down right pleasant this spring, and we all knew it was just a matter of time before the Kenai single track came into play.
Jenny has been putting the rubber to the mountain in Cooper Landing this spring, and providing excellent trail reports the past few weeks. She tipped us off two weekends ago that Lower Russian was just about there, so Adam and I hit it last Sunday.
We launched from Cooper Landing, and rode to the Res river Trail Junction. I would describe the lower 10 miles as good, and the 5 to the Jct as great. I would have said the same thing if it was June 11 too, let alone May 11. I had to keep pinching myself.
While we never expect to make it past the Jct on the first trip, and thus planned to turn around there, the riding was so good we decided to inch a bit further. We quickly remembered why as the trail entered the long hemlock hollow climb where we found thick ice and mud. The upper most 5 miles will likely be best not this weekend, but the following. That will still be a good week earlier than any year since I moved here.
Otherwise, there were but a few soft spots on the usual places, although I was surprised that some of the consistently wet areas were in much better shape than expected. Bugs were minimal, weeds had not even sprouted, and there were only a few down trees, all but one of which could have been cleared with a handsaw, though not the skimpy arms of two bikers.
We only saw backpackers (2 headed out, 2 headed in), one other biker near the start, and Jenny. Lots of big wolf scat too, but not much bear sign. 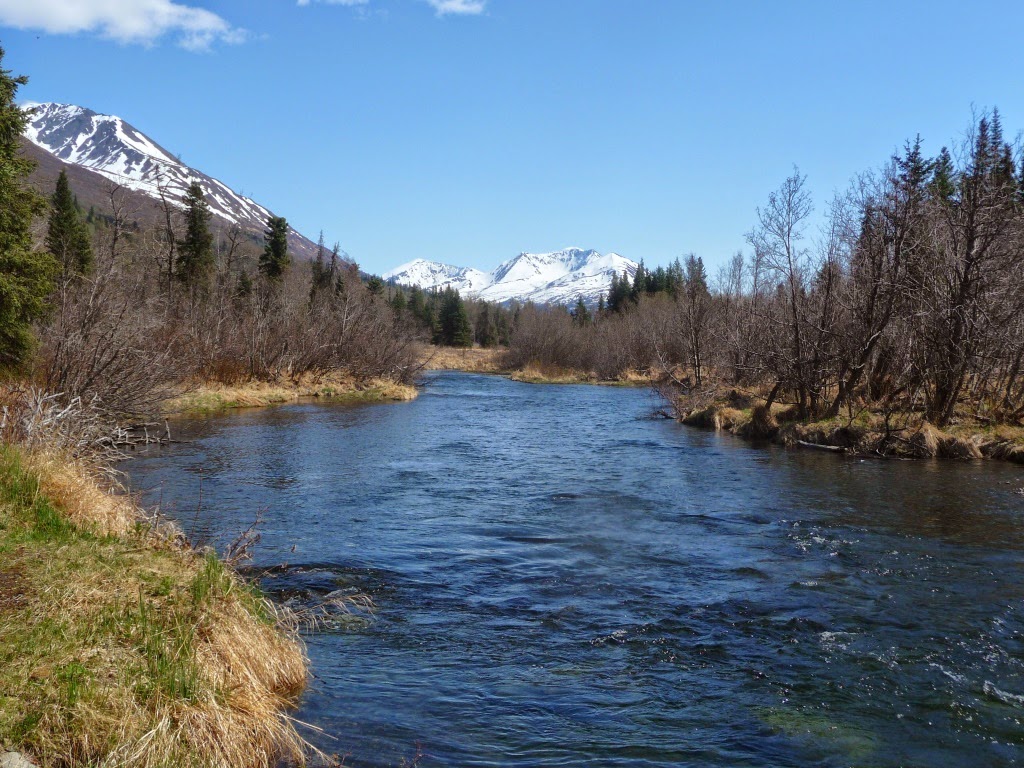