Russian.
I hope for it every fall.
Colds nights kissed by killing frost.
Afternoons embraced in warm sun.
Bright yellow leaves hanging on for their final hours.
Fading fields of fireweed and tall leafless stalks of cow parsnip

These could be the last days of riding unfrozen ground.
The September rains moved south for a bit; the October high pressure moved in.
The ground is full of water from our successive 10-day deluges, and the dying plants no longer thirst for the sky’s bounties.
Without vegetation uptake, the trails don’t dry quite like they used to.
Riding conditions are variable. Hard and fast goes slick and greasy and back, low light and wilted grasses shadow-out trail features, a carpet of leaves plays it’s own game of auditory and tractional tricks.


But everything is as it should be.
-
I made a very leisurely start solo start on Friday morning to ride the Russian loop. Temps were in the high 20s at sun up, so I was in no particular rush. A few puddles and shaded sections of Res Pass trail below the Bean Creek Trail junction had ice and thin crunchy mud, even in early afternoon. Upper Russian was in much better shape than Res, but still had plenty of wet sections in the normal spots. Lower Russian was fantastic, bone dry, a bit leafy, with a few big cottonwoods down since my last pass in late June.


The late start kept me moving all day – the trail between Resurrection River Trail and the Upper Lake is a bear highway this time of year, and not my favorite place to be alone in the fall. I did stop to chat with an old-timer from Stratford, NH who was reading the mostly empty trail log at the upper trail head. Though he has lived in Alaska for over 30 years, his Northeast Kingdom dialect was still thick enough to hear in conversation. A couple miles later I came across Jeremy, Luc and friends out for a run. After finding the often popular Res Pass lot empty at mid-day, it was re-assuring to know I wasn’t the only one out enjoying this short window of Alaskan fall.


The ride was over way too fast, and I was eager to head back for more.


On Sunday morning, Dan “The  Colt,” Nathan, Cody and I loaded up and headed south. Temps were a bit warmer, having only dunked into the high 30s overnight in Cooper. We rode the loop again, and this time enjoyed Indian summer conditions by the end of the ride. Nathan won the hero award, tackling the 44 miles and 4,000 feet of climbing on a rigid SS while the rest of us rode our comparative 2-wheeled arm chairs. 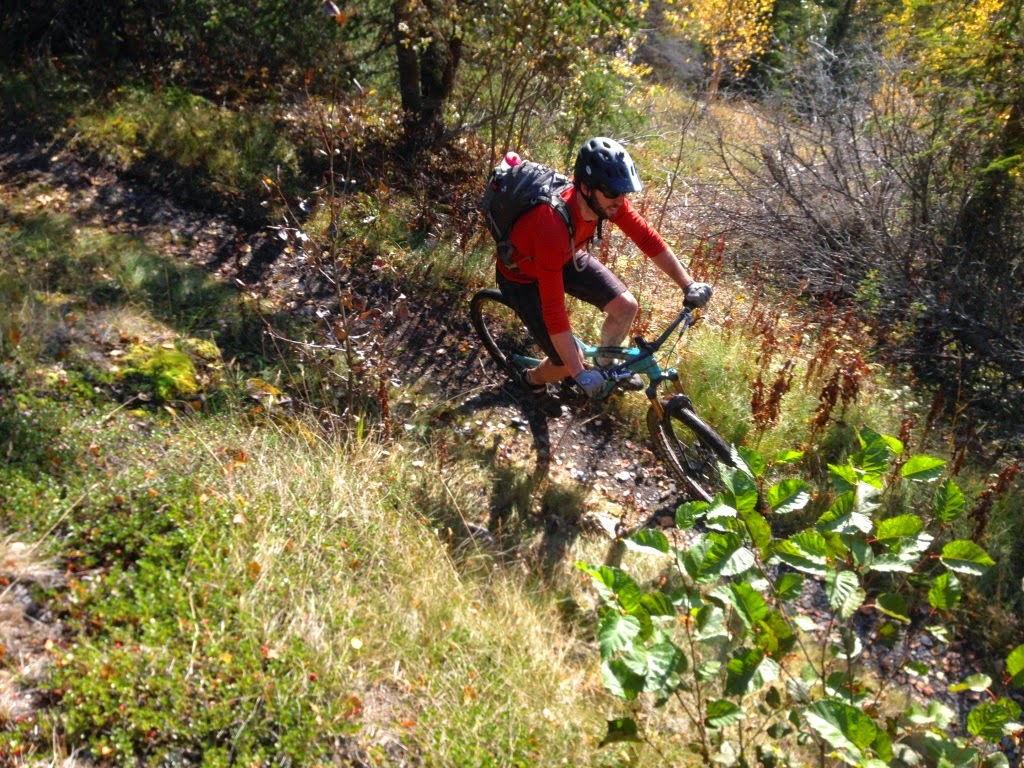 Is it next weekend yet?
Posted by Dante at 9:56 PM