The Turnagain Pass of yester-weekend is something of a fickle legend. Was there ever snow at the road, was skiing something we have ever done from car door to car door? Things were starting to return to close to “normal.” Maybe this is normal.
It’s hard to imagine this October landscape, intermediated by the most heinous of bullet-proof rain crusts, could yield to anything but disappointment, and yet, it can and did.
With blue skies still hanging overhead, Cody, Aaron, and I headed to Taylor Creek with the plan to climb Gold Pan Peak and look at dropping into a line in Gold Pan or Super Bowl.
We took the obvious line up the ridge from Taylor Creek Pass. Our wind
slab avoidance was rewarded with a terribly crappy boot pack on slick, rime-crusted shale that later lost its icy coat and instead just slipped away beneath us with each step. Every limb contributed to upward progress. Eventually we reached a safe-looking patch of snow, and the boot became more forgiving.
By the time we made it to the summit, the storm was coming in strong, viz had reduced greatly, and wind speeds were hitting 40 MPH on the tops. The sight into the twin bowls before us was nightmarish: large crowns hung above slides that had run to ground; further down, in the murky milkiness, we could see the scattered, gaping grins of open gliders. With thoughts of the school-bus sized chunks of cornice that had failed the day prior, we backed away and focused our attention on Basket Ball, and its gully skier’s left.
We probably could have just skied B-Ball proper, but the gully held more appeal in the storm lighting and we knew held better snow.
The massive wind slab entrance grasped us for a few tenuous moments. The wind-lip transition into the gully was around 4 feet high. Cody lead the charge, skiing a straight shot across the plane, and with a motion, disappeared over the edge of the lip. He re-appeared at the top of the run in a safe spot. We watched as he stared down the run, watching some slough, invisible to us, disappear into the storm, before he turned and waved us in. One at a time, we got in as fast as we could.
From there, that line went down as the best of the season so far. It felt so good to be in something real, something steep, something that just felt worthy. The short-shots and hot laps that have dominated the last month’s-worth of outings have been fun, but this is really what it’s all about in the end. 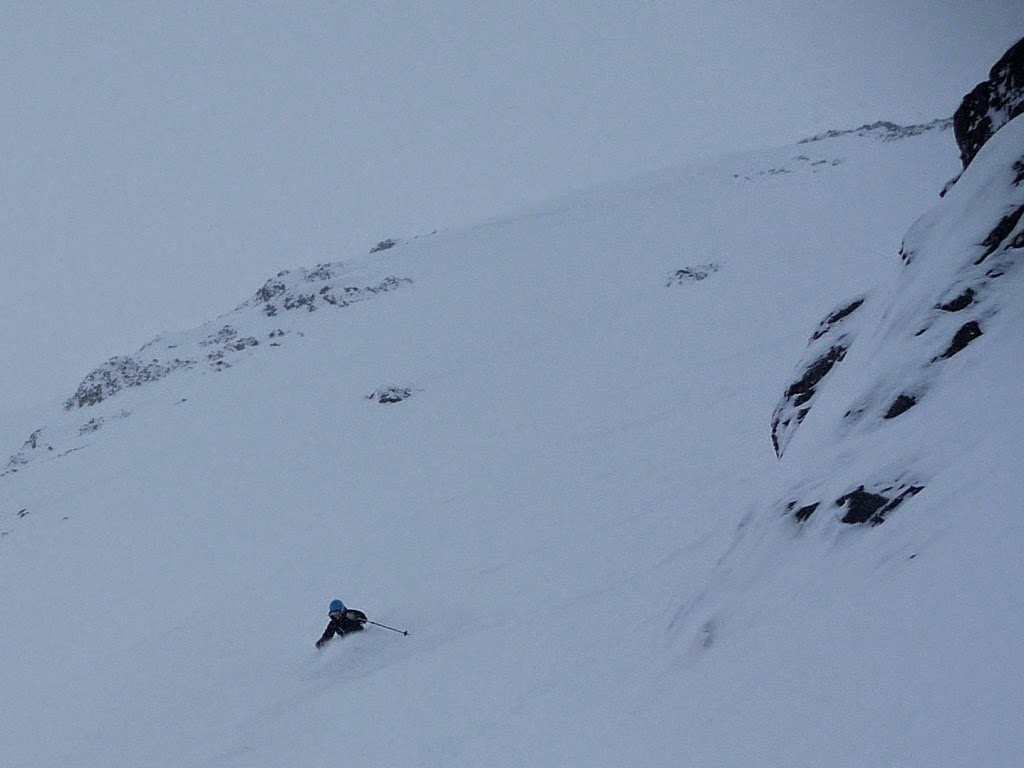 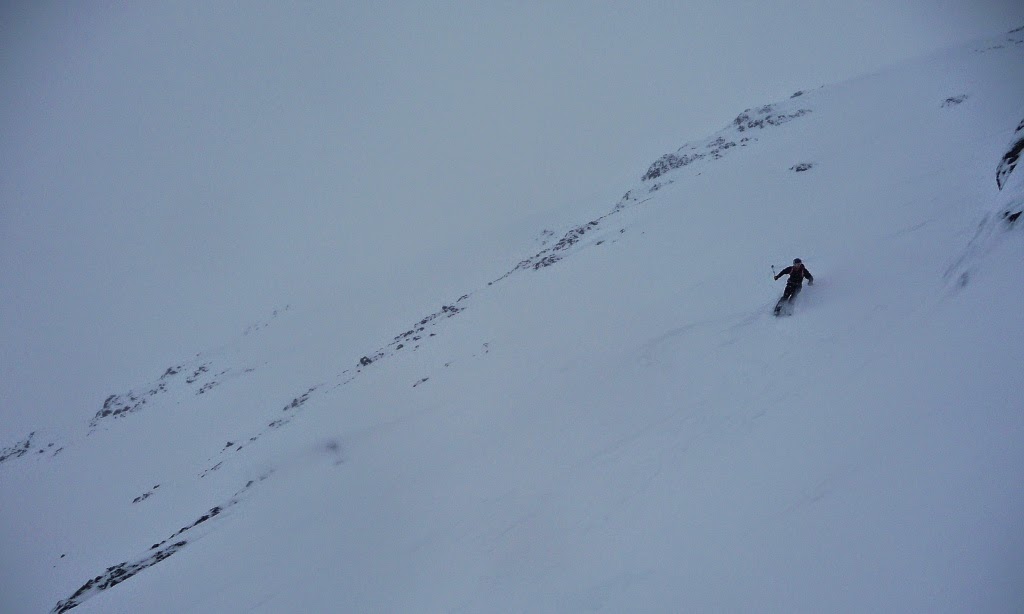 "It was the best of lines, it was the worst of climbs, it was filled in and deep, it was bulletproof rain crust, it was effort-less booting, it was rime-crusted death shale" - Cody Dickens in "A Tale of Two Turnagains"
Posted by Dante at 9:23 PM