Proper and the Library 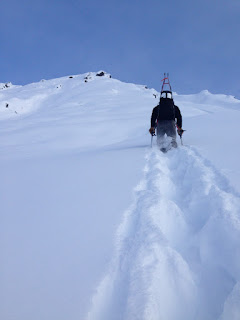 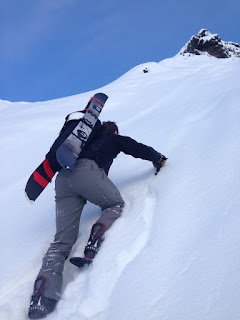 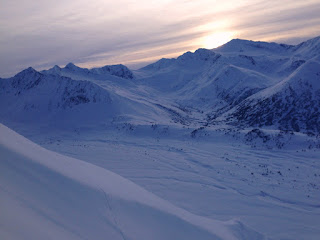 The forecasted storm series rolled in and started dumping lots of heavy new snow in north Turngain, but hardly a flake fell elsewhere. In an attempt to avoid crowding at the popular locales, we went to Summit on Saturday and skied the variable wind effect in the sun on Glider. It was a nice little foray, but not worth more than one ridge to road run. We went back to the truck and back to Turnagain. The Sunburst lot wasn’t plowed, but we shoved the truck through the DOT snow berm anyway and did a lap down the gaper slope in a total white out. There were only two other skiers on the hill plus one lone guy wallowing on snow shoes with no skis. The lack of viz was inconsequential: the snow was ridiculously good and compensated for everything. Sunday we went to Tin Can with everyone else. Off and on snow showers and 3 feet of fresh were the conditions of the day. Visibility was never really great, but we found really nice consolidating powder from the top of Common to tree line, that transitioned into much deeper unconsolidated powder pallooza. Turning was stupid, but dropping cliffs and pillows was ridiculously fun and every landing was Charmin soft. A look at the altimeter back at the car at dusk revealed we’d logged 7,000 feet of great storm skiing!