Get Out When You Can


The storm cycle that dawned December 26 has gone on with very few real interruptions. Some years, we enter long-term wet cycles where it storms for anywhere from 12-36 hours, with as many hours a reprieve between systems. This season, entire weeks have passed by where the Eastern Kenai and the Northern Gulf of Alaska has been under the continual blast of one cyclone after another. The result: a Kenai Mountain snowpack that is tracking toward the record books.


Basically, '15-16 has no peer in the SWE department at this site. Snow depth, if compared only a week prior, would have held a lead over all other years in the table as well. Of late, the cycle has resumed and a massive front that moved in February 20th and reinvigorated the cycle by dumping two feet of snow at the highway elevation overnight is likely shoving '15-16 right back up to, or closely trailing, the epic winter of 2012. At other sites around the region, the numbers tend to sit closer to average, except that the USGS reported earlier this month that a measurement site of theirs situated above 4,000 feet on Wolverine Glacier outside Moose Pass is in the record-setting territory as well. In other big snow years, February through mid-March are traditionally very stormy and snowy months, and the long range forecast looks to support that this year as well.


From a skiing perspective, relentless storm cycles are a mixed blessing. The positives are obvious, but for the working stiff, getting out into the mountains has been a real challenge this year. If we’re lucky, there seems to be one day a week where the fortunes will favor anything more than storm skiing conditions. Identifying what day that will be, and then trying to make it line up with a work schedule and your partner’s schedules feels something like landing a space craft on the moon of a far-orbiting planet.


That being said, the storm skiing hasn’t exactly sucked, and Presidents Day revealed blue skies in Turnagain and some fantastic and deep snow on Corn Biscuit and upper Bertha Creek. 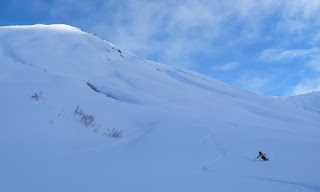 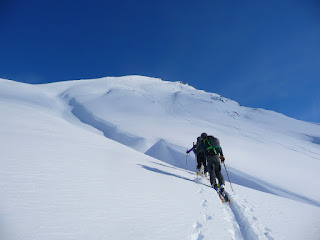 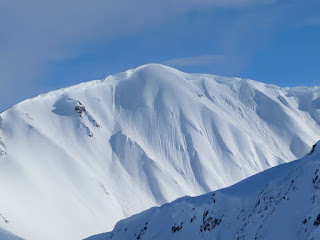 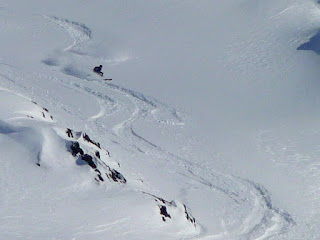 A couple breaks on storm days too: