What a weekend. I had an extra day off since I worked Thanksgiving so I started on Thursday with a 33k ski on the Tsalteshi Trails. This time last year even classic skiing that would have been a feat, let alone skate skiing. I'd only been on skates for about three weeks at this point and was still struggling to do much more than 7 or 8k. I certainly won't say my technique felt as strong as my endurance, but that will come in good time I guess.
While I was out I crossed paths with the groomer Bill and told him to make sure to tap me if he needed some help.
"How about tomorrow?" He said.
So Friday I made good on a long held dream of mine and learned to groom trails. I'll have a more elaborate post on grooming sometime in the future, but the gist is we use snowmobiles pulling miniature (compared to those hauled Piston Bullys) grooming devices. There's a lot more to it than I guess I realized and the snowmobiles really don't like the drag behind them so they're pretty difficult to steer, even at slow speeds.
Anyway, Bill gave me a brief tutorial and then we each hopped on a machine and spent three hours grooming the system. I just tried to keep up. Afterwards I went into town, had a donut and a coffee at the bakery while I warmed up, then headed back up the hill and skied 15k on the trails I'd just groomed. How awesome.

Saturday Josh called up and said to meet him at the Eddy's parking lot in Turnagain. The aspect is north of Tincan and a bit more of a slog in so the crowds aren't as thick.


View Eddies in a larger map 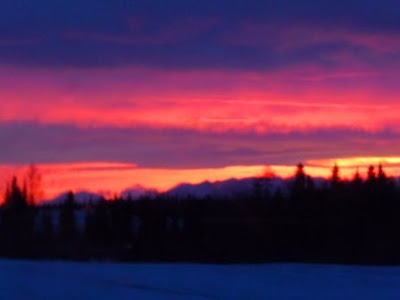 Can't complain about the sunrise this time of year. The drives to the mountains around the solstice certainly makes up for the short days. 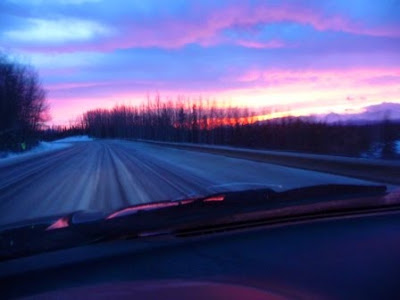 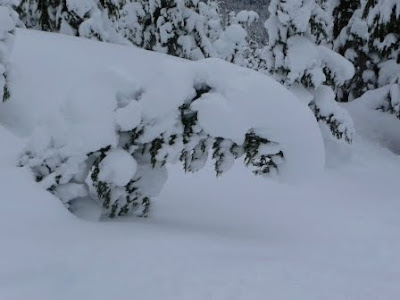 I did say we got a ton of snow last week. 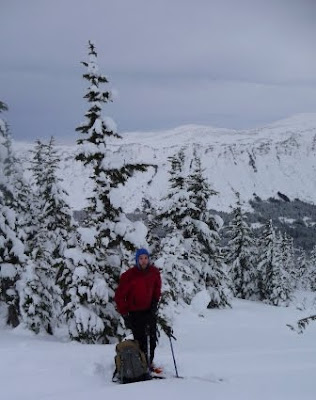 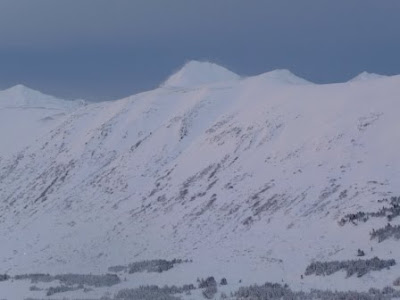 We stayed on a sheltered aspect with trees to provide better depth perception. The lighting was less than ideal and the winds were howling on the ridge tops. 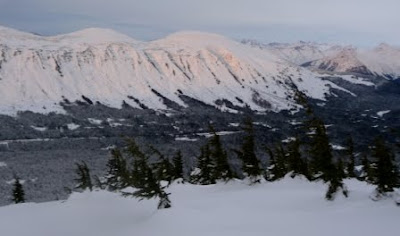 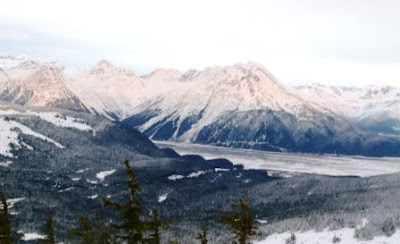 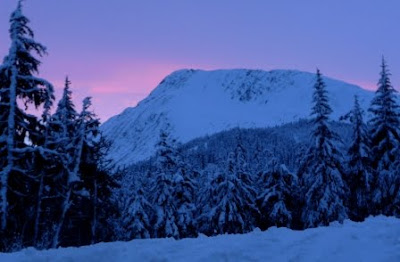 What a perfect day. The long trek in let me get to figure out the whole skinning thing. This was my first trip out on my new splitboard and the technique for using skins is a bit strange compared to snowshoes. They were entirely more efficient though and made the trek up much easier. The transition of putting the board back together is a little slow and tedious, but its ride is good and only took a run to get used to. 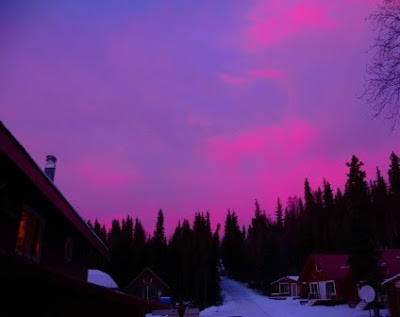 Ya, the sunrises have just been brilliant, this was Sunday morning. Screw coffee. 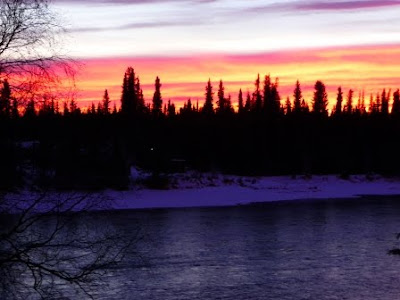 Split board? When did that happen?