Another solid weekend on the snow. I skied 33k at Tsalteshi on Friday, went into town, got dinner and then met up with Bill to groom the trails.
Temps were pretty bitter at 4 degrees but I've really come to enjoy the late night grooming. Most the time I just try and imagine what a former self would think if he could have known he'd one day be buzzing through the woods of Alaska late at night setting corduroy. 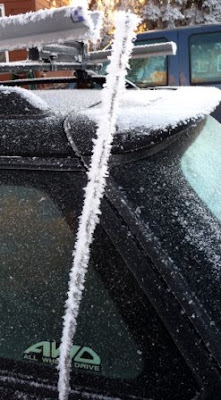 Hoar frost much? A thick ice fog has been settling in almost nightly leaving behind the long feathery crystals.

Despite the late night grooming I was up early on Saturday and soon enroute to Turnagain. The guys from Anchorage said they were feeling ill, but we havn't seen any new snow in almost two full weeks now so the snowpack is very stable. That's all to say I felt comfortable hitting the slopes of Tincan on my own.
Skiing at Tincan alone is also sort of an oxymoron since there's always going to be others there. Actually I was pleased to see that things were quiet for a sunny Saturday.
There's been a weird inversion layer in the mountains where temps at the highway (1,000') hovered around 0, but at 3,000' they were near 30.
While the snow above treeline left a lot to be desired, the vitamin-d and lack of wind made it more than comfortable.
I ended up doing one bowl run, one top to bottom and one tree run for the day. 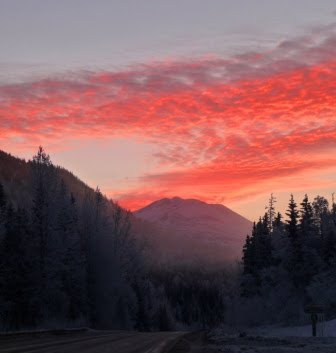 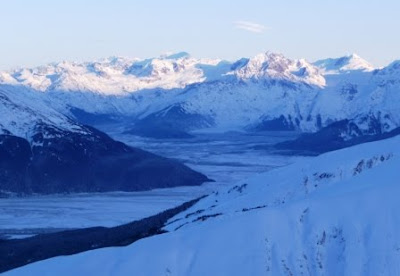 Looking over Eddys to Turnagain Arm. 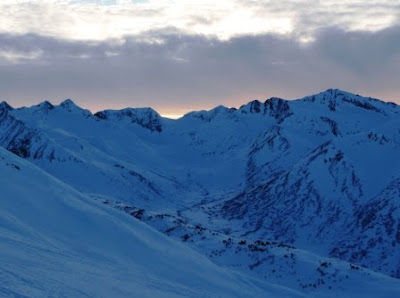 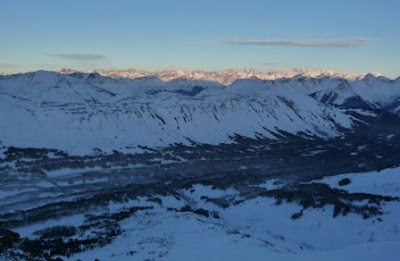 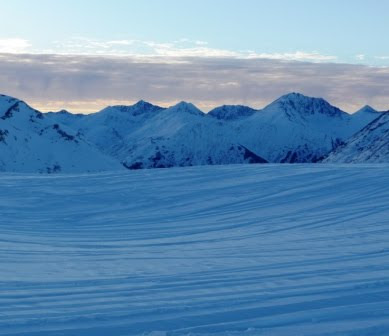 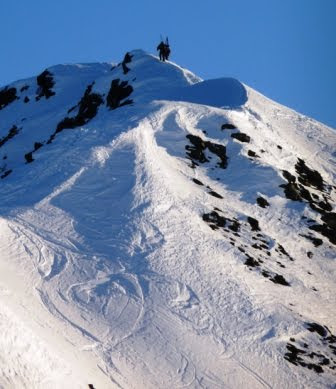 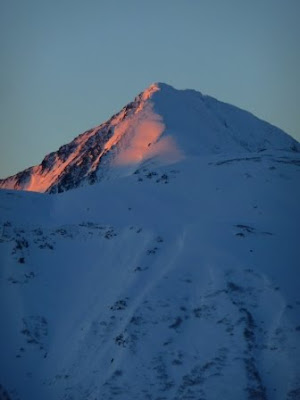 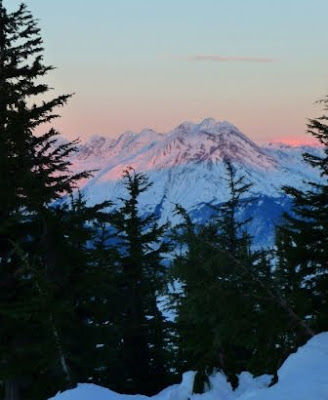 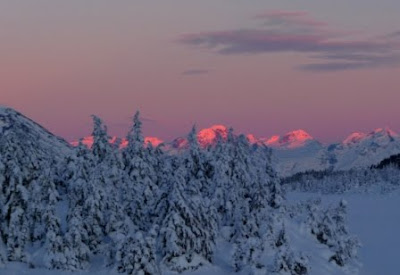 Drives home as beautiful as the drive up.
Posted by Dante at 10:06 PM