Another weekend of holiday excess. On Thursday Pete, Jack and I skied some of the best conditions of the year in Summit Pass near the upper lake. There was a rain crust of varying thickness from the highway to about 1700', from there to around 3500' was spectacular. Even running out at the end of the day, ducking and diving through the alders on the rocket fast crust was pretty fun. My two planking counter-parts might disagree, but that's part of the beauty of having one board attached to both feet. 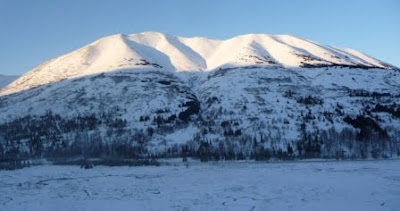 A view across the pass shows a nice perspective of where we found the good snow. The rain crust would have reached up to just above the higher reaches of the power line (note thin white line entering from left). The sweet spot continued all the way to just above the shadow line where the last hemlocks cling. Above that is wind hammered, though we found the snowline descent a little higher on our side of the pass. 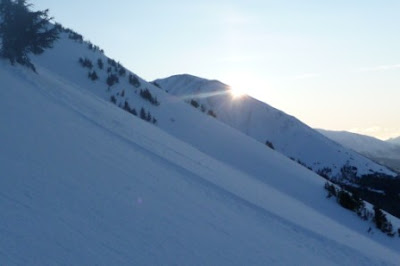 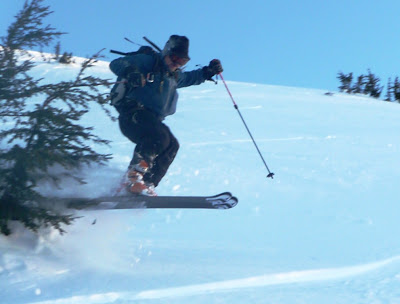 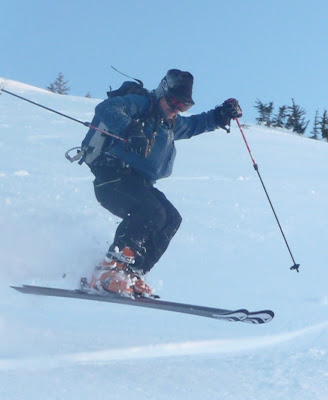 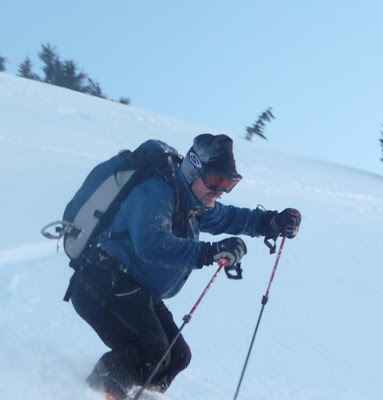 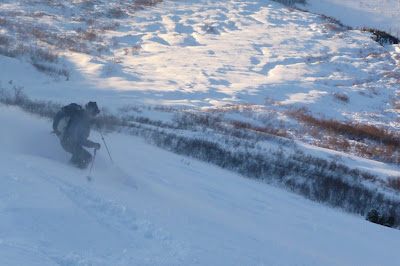 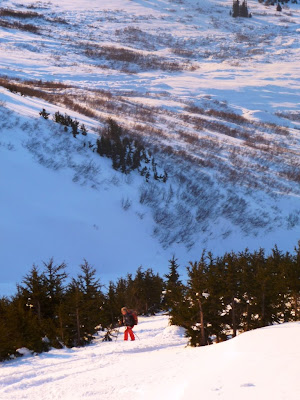 Pete makes his way through the dwarfed and twisted hemlocks. (Click to enlarge) 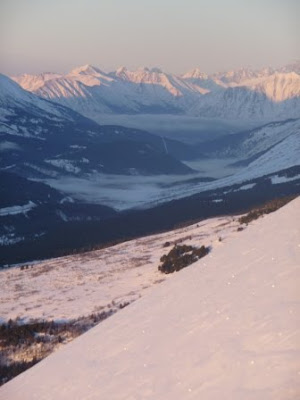 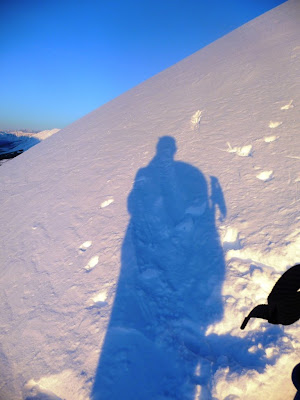 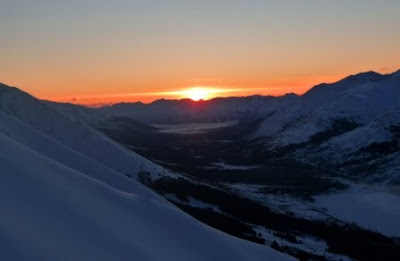 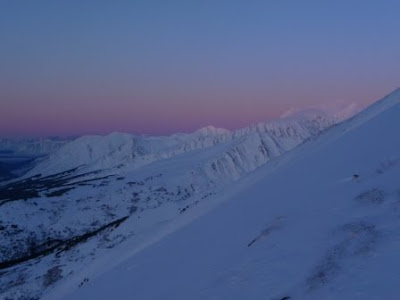 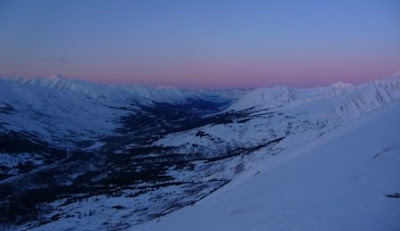 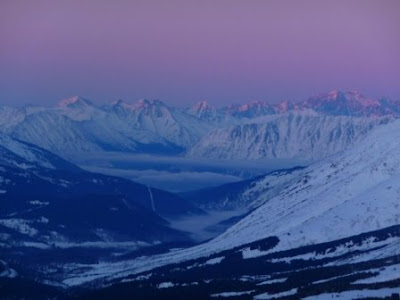 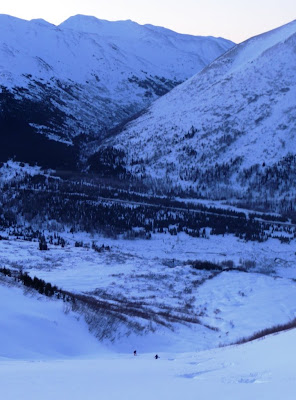 See those two dots bottom center, that's Pete and Jack making their way into the gut. (Click to enlarge) 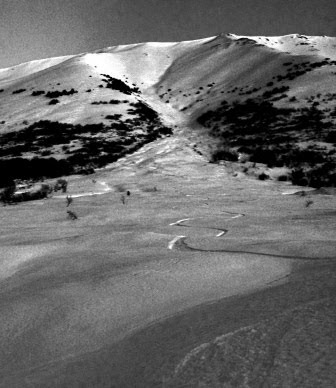 Nothing beats looking over your shoulder to this view at the end of the day.
The rest of the weekend was spent in recovery mode from events that may or may not have occurred in the nether region between the year's 2009 and 2010, though I found the resolve to hold down the restart button, putting in a 30k ski in town on Saturday.
In other news, this will be the last post until Jan. 17. In the preceding three months I've forgotten to mention that I'll be heading to the southwest on Monday. I'll be spending a week and half camping and hiking in Joshua Tree National Park, the Coconino National Forest and Coronado National Forest with Rachel.
May the desert sun have mercy on my pasty white complexion and the Kenai Gods rejoice in my temporary departure by showering the peninsula with white in my absence.
Happy New Year!
Posted by Dante at 10:08 PM

Terrific post, Dante! Some of my greybeard buddies would call it 'old man air', no grab, no jib, just a little air.