Not many pictures from this weekend, I was too busy skiing, then hurting. A two-day ski race was held at Tsalteshi this weekend. Saturday started with a 4X3 coed relay race. I skied a classic leg, the third time I've been on classic skis all year. I actually had a really good time and realized I miss classic skiing. Our team had a good time, but let's say we could have worked on our transitions a little better.
Sunday was a 15 and 30k race. The course was set-up to maximize the trail system's two grueling climbs to their fullest. Thanks to whom ever though that would be a good idea.
The meat for this blog is that I placed 9 of 14 with a time of 1:41, about 25 minutes behind the leaders.
Youch is the first reaction, but I'm very much OK with that placement. The two winner from the 30k are both top level athletes and way out of my class so I never had a chance there anyway.
I went in the the goal of wanting to place under two hours and to get a good work out. I achieved both.
My ski season has been pretty front loaded this year. I put in my first 30k ski wither the last weekend of November or first weekend of December and was consistently putting in a long ski every weekend until I left for the southwest, plus the usual after work skis. Then I disappeared for two weeks where I did almost no cardio, got back and got slammed with work allowing only one easy ski that week. Essentially I took three weeks off. When I got back my technique and my lungs felt it. While my after work skis have picked back up, I haven't been around on the weekends for the past three weeks thanks to phenomenally awesome snowboarding, so I haven't put in more than a 22-23k ski since New Years weekend.
Rolling into this weekend I actually ramped things up after work and did some pretty tough skis so my body go no rest. The classic ski Saturday pretty much buried my hip flexors in lactic.
So without further ado, a few pictures. I'm not going to post names here since I usually don't do first and last's on this site, but full results will be posted on the Tsalteshi Web site. 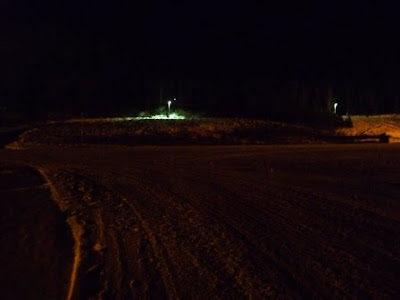 Poking holes in the snow on Saturday night setting out pin flags for the course. 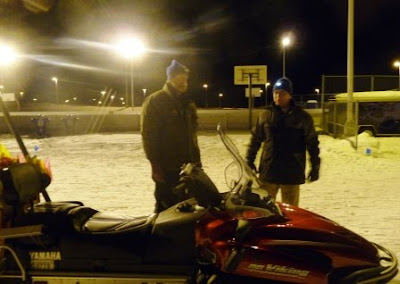 Bill and Pat talk about damn snowmachine riding punks pulling their punk friends on snowboards behind them, or making jokes about getting old and forgetting stuff, I'm not sure which. 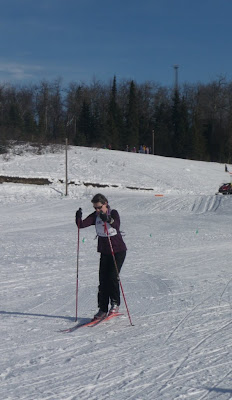 The only action shot I had a chance to get on Sunday. 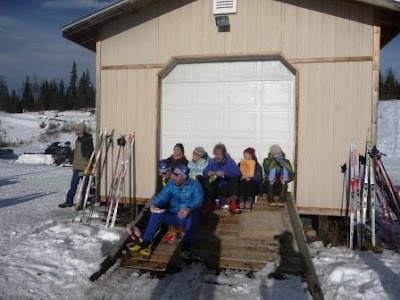 The Tsalteshi beach. We had great weather. 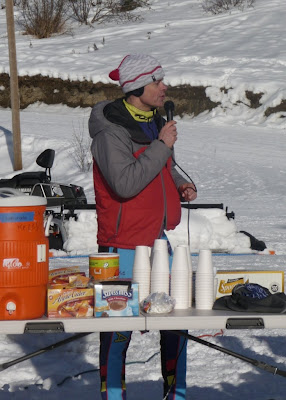 Kjell keeps things on track and doles out prizes and trophies. 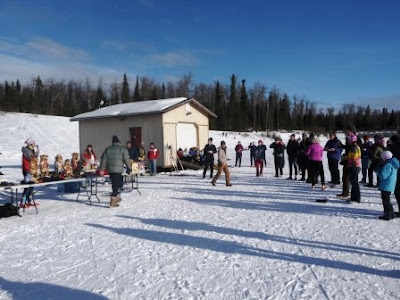 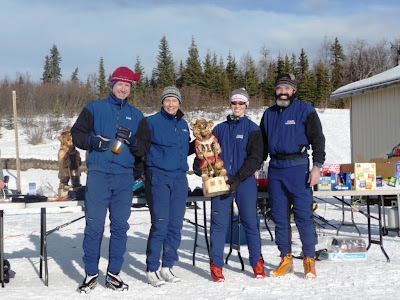 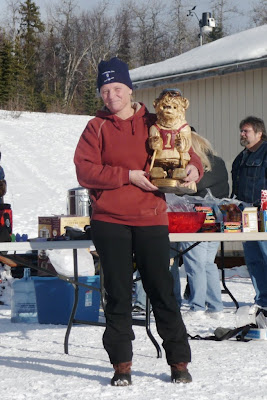 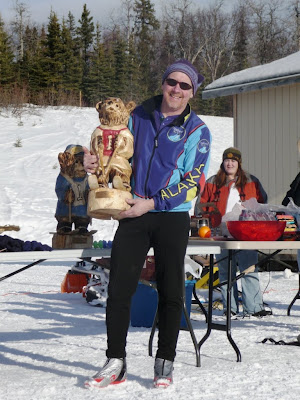 Tom won the men's 15k. Tom beat me by 2 seconds in the Homer Marathon last spring. He'll have to carry this trophy in that race this year. 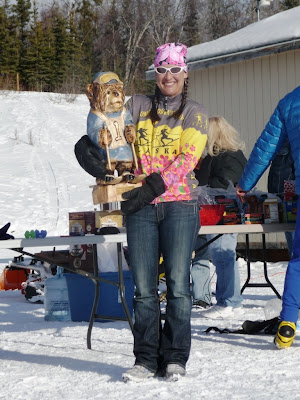 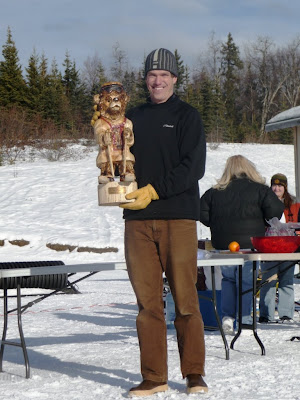