The last two weeks here could make even a hardened old Yankee jealous.
A high pressure system has been holding tight over Southcentral bringing cool, foggy though not quite frosty mornings that warm into bright sunny days made only nicer by the foliage which refuses to brown or shake from the trees.
This was a perfect weekend to take it all in on two wheels.
On Friday after checking all the items on a lengthy to-do list, I hit the road on the skinny tire rig, heading across the Sterling Flats to the Skyline Trailhead and back for 40 something miles.
It’s a nice early season base builder which is just what I need right now, and though it typically involves a stiff head wind one way and a free ride the other, it was dead calm, so I was really able to work on steadying my pacing.
On Saturday I met Ethan up in Moose Pass at the south end of the Johnson Pass Trail.
This was the second time I rode J-Pass this season, the last time back on the Fourth of July with Justin.
On that ride LINK our plan to go from end-to-end out-and-back was foiled when Justin was hit by a bug and had to bail 9 miles in.
I lucked out in the deal and got a free shuttle run, but in the end I was a bit envious of Justin’s descent back down the south side as I soon realized it was the nicer of the two halves.
Now, months later, the north end is out of the question because of its thick vegetation cover and lack of sun exposure.
Ethan and I rode about 10.5 miles in to a small overlook of Johnson Lake, about a half mile south of the actual pass. 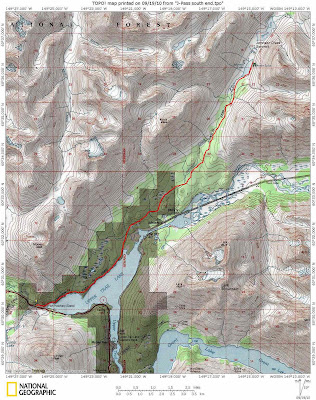 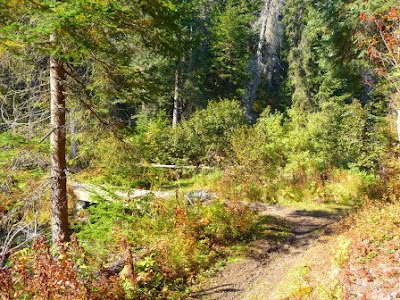 The first 5 or so miles of the trail is a roller coaster along the shores of Upper Trail Lake climbing in and out of small drainages. It's a real XC ride compared to a lot of the other epics which are a long time of up and a long time of down. 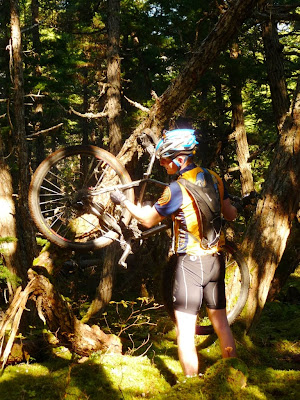 Ethan makes use of a dead branch to do a little on the trail tuning. 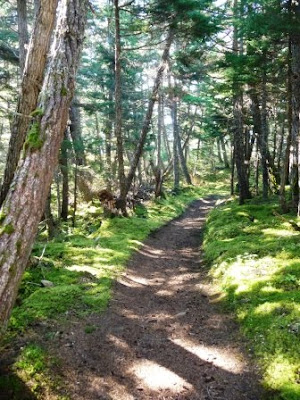 One of the best parts of the south end of the J-Pass Trail is that the majority of it is wooded. Most mountain biking here is above treeline which is indeed epic, but sometimes it's nice to play in the forests. 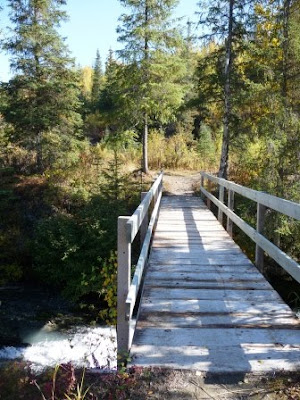 Johnson Creek. After lots of up and down in and out of small streams the trail cross Johnson Creek and begins its long mostly uninterrupted climb to the pass, setting the stage for something epic. 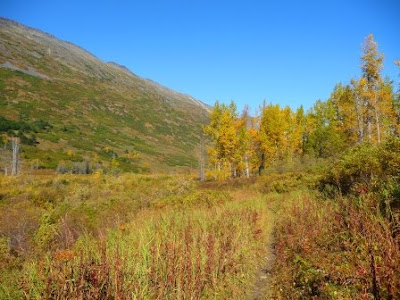 Out of tree line the colors were still bright. 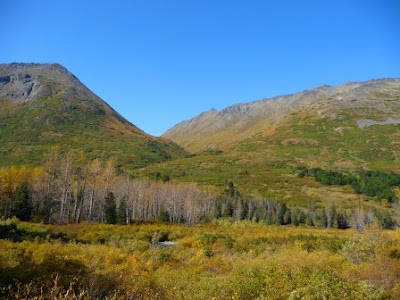 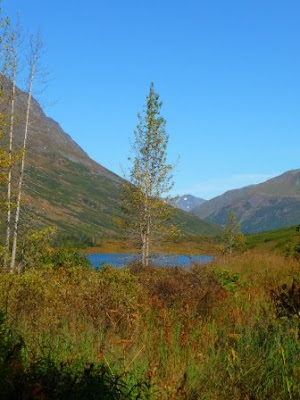 Looking north at Johnson Lake and the height of land past that. Over the low ridge is Bench Lake which flows north into Granite Creek and eventually the Six Mile. 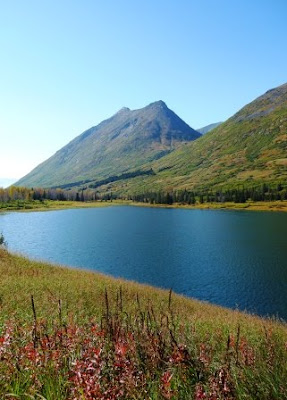 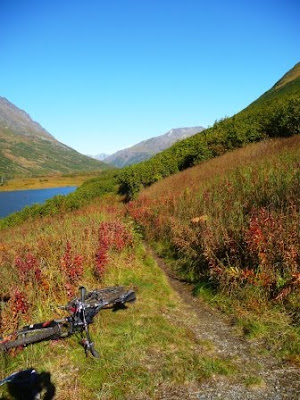 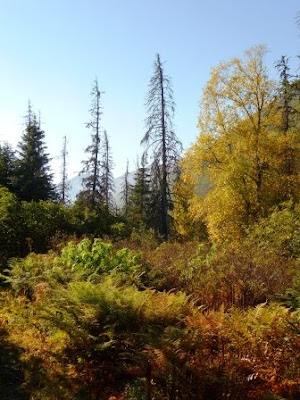 A colorful garden somewhere along the descent. 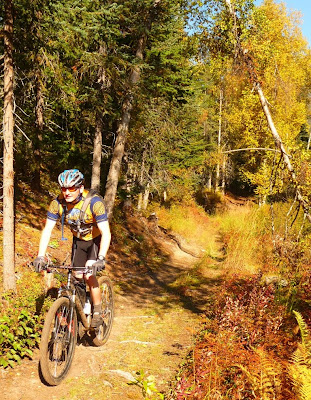 The other neat thing about the south end and riding through all the forests was the constantly changing color scenery. In the thick hemlock forests it was still green and even summery looking, but out in these mixed forests and openings everything was full on fall. (CtE) 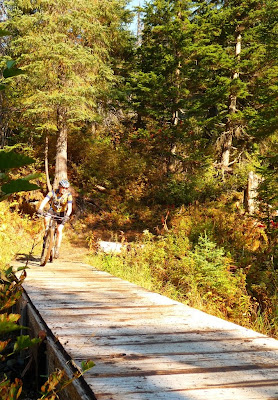 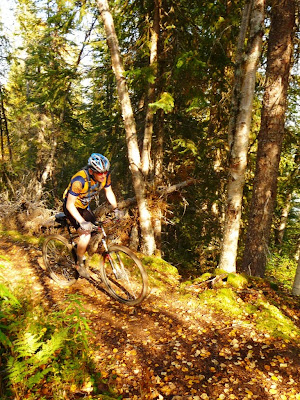 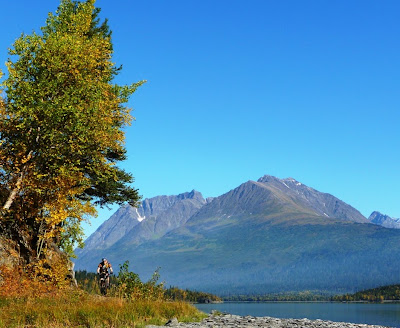 Sometimes when taking pictures it's about the rider, other times, it's about where the rider is. This is an example of the latter as Ethan rides along the shores of Upper Trail Lake with a towering Lark Mountain in the background. (CtE). 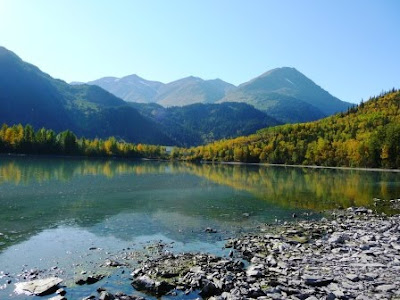 The Trail Lakes Fish Hatchery and past that Wrong Mountain. 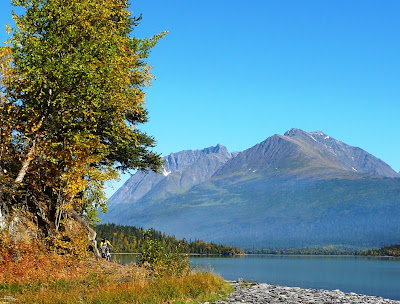 I rode back so Ethan could take this pic of yours truly. (CtE)
This felt like the ride of the year, but we'll have to wait and see what the Kenai Gods do this week.
Is it next weekend yet?
Posted by Dante at 10:37 PM

I am incredibly jealous of you. Could you please stop posting pictures of such awesomeness? I hate you and your life.

Don't be green Steven, our seasons are fast changing and soon enough it'll be I who will be jealous for some New England fall.