Tonight’s post kind of has to do with risk.
The inspiration is based on the weekend as well as my recent (as in tonight) viewing of “Wall Street Money Never Sleeps.”
I’ll save you some time right now and tell you that you don’t need to stop reading this post and go see the movie.
Risk is all about reward.
This evening, for example, I texted Bernie ­– who also goes by his real name of Andrew – for a movie suggestion to watch while spinning.
He did not suggest Wall Street: instead, he recommended “American Fliers.”
I didn’t really want to spend any more time in Block Buster than I had to looking around though, so I settled on something in the new releases section.
While Michael Douglas is indeed a very talented actor, he can’t make up for a sappy story line and a lot of unnecessary, weird and cheesy digital effects that drag down the sequel.
The movie did make me want to go to the bank and withdraw every dollar to my name. After watching that, I’d feel a lot safer with it shoved under a mattress than in the hands of some Wall Street sociopath.
Investment risks aren’t ones I tend to think about on a day-to-day basis though.
I’m a lot more concerned with things like the current weather pattern and mountain snowpack stability.
In this word too, however, there are risks as well.
The Chugach National Forest Avalanche Information Center has been advising skiers and riders to stay off of risky lines for the past week now, warning that stability is a major concern right now.
Sometimes though, you just end up taking a risk anyway, because it’s there.
That was the case this weekend. Pete and I met up on Lips on Sunday, and despite a plan to just stay low in the alders, we ended up venturing high.
And while up high, I couldn’t help but notice how good the front face of the cliff banded aspect looked.
Neither could another group of four that trekked up later in the day.
That group was out in front of me as I prepared to make my second descent, and ended up laying first tracks on the face.
Not surprisingly, this wiped away the sense of caution I probably should have had as I dropped in behind them a few minutes later, farming their tracks.
My lack of caution resulted in my careening over one of the exposed rock bands.
In the flat light, I couldn’t tell the difference between the larger cliffs that jut out from the face and the fall line I should have been chasing. I was lucky, the band I went over was just a little one and when I saw what was about to happen I accelerated and aired to avoid nailing any buried ricks that might have been lurking underneath.
The problem, however, is that the reward was high.
The run was sweet, the payoff was great, it was a hell of a run and I paid no price for my carelessness, except for the sobering realization that I got lucky. 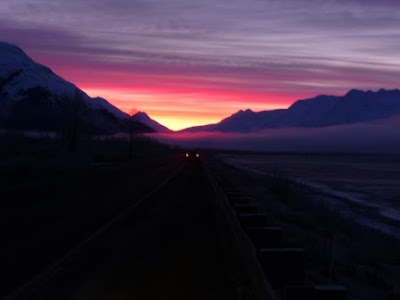 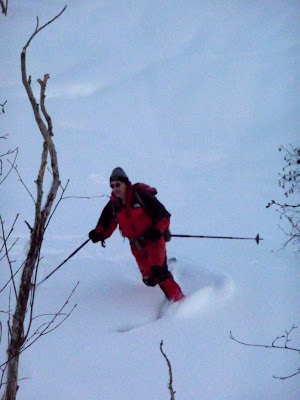 Pete turns through the Alders. 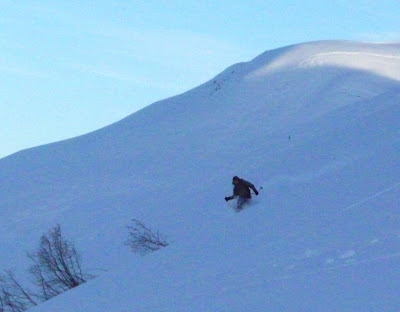 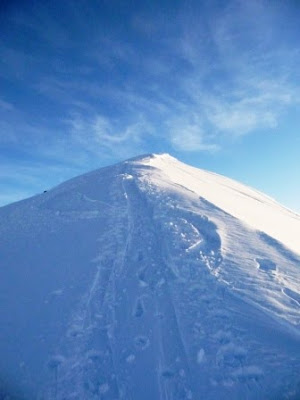 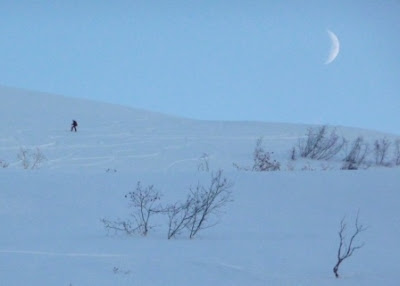 Pete, looking for a line to the moon? 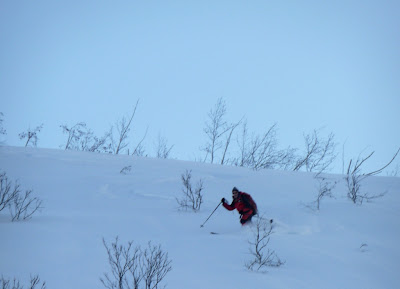 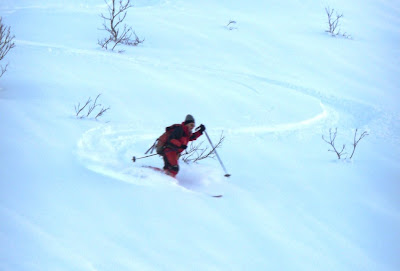 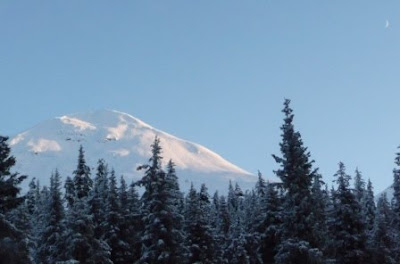 Those on Wall Street that succumbed to risk retired with millions. Those caught in avalanches tend not to be so lucky.

I can't believe you passed up Kevin Costner on a bike for some wierdo Wall Street movie. Clearly a risky choice.

I surely won't make the same mistake for next week's spin!