The City of Hope was founded in 1896 along the south shore of Turnagain Arm as the jumping off point for gold prospectors looking for riches in the northeastern Kenai Peninsula. For a year or two, the city, and its neighbor, Sunrise, boasted the largest populations of any settlements in the Alaskan territory, before they began to fade. Now, 136 people call Hope home, and a few extra hundred drop down from Anchorage on summer weekends to bike, fish, and paddle.
"Hope 96" fit well for a ride I did last week. 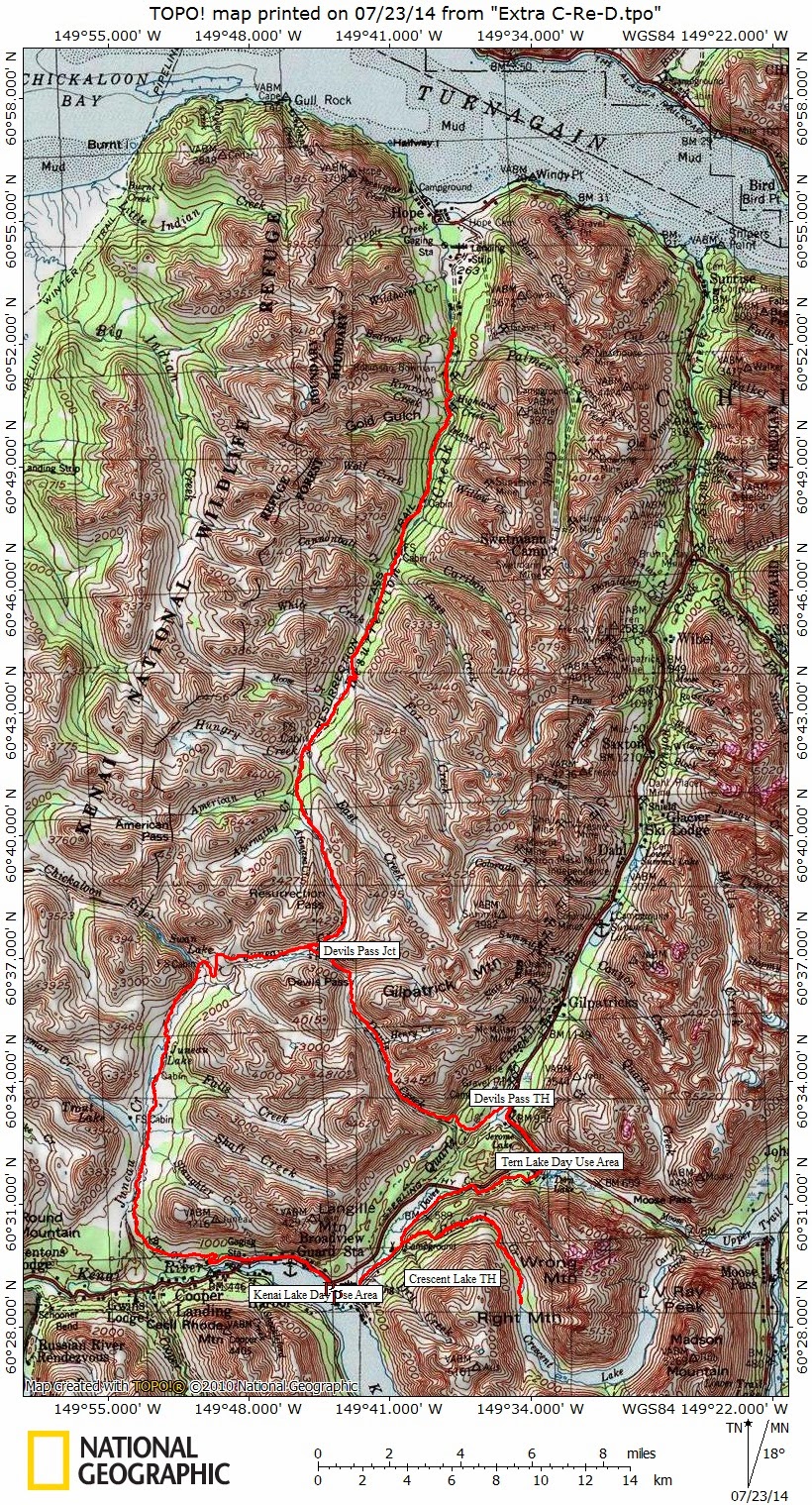 Basically, the route was borne of a few circumstances. One, with Resurrection Pass being in really good shape, I had been meaning to ride it over and back. The problem was that I couldn't set up a water drop, and the Res over-and-back is tough to do without either leaving water at one end, bringing purification, or scooping from a stream and hoping for the best.  The Hope '96 conveniently sent me by water sources at Tern Lake Day Use Area and Quartz Creek Day Use area. In this particular instance, I only needed one refill at the latter, and with temps that scratched the low 80s in Cooper, I was spot on. I guess I could have carried less water and lightened my load climbing Res, but refilling a bladder is also tedious, so making one stop as opposed to two seemed good to me.
The other circumstance, was that a few days prior to this ride, I had re-ridden the CReD loop (LINK) and I learned that where I was connecting Quartz Creek and Bean Creek roads with a super sketchy section of the Sterling Highway, there was actually a trail next to the road most of the way (as in all but maybe 150 feet?) While the sketchy highway riding was short enough, the fact that it could be eliminated altogether really changed the big picture view. I rode CReD a few days prior to doing the Hope '96, so I was stoked to put it all together.
All in all, I would say this was a big win over doing the originally-planned-for Res over and back, and I would choose this first in most cases. 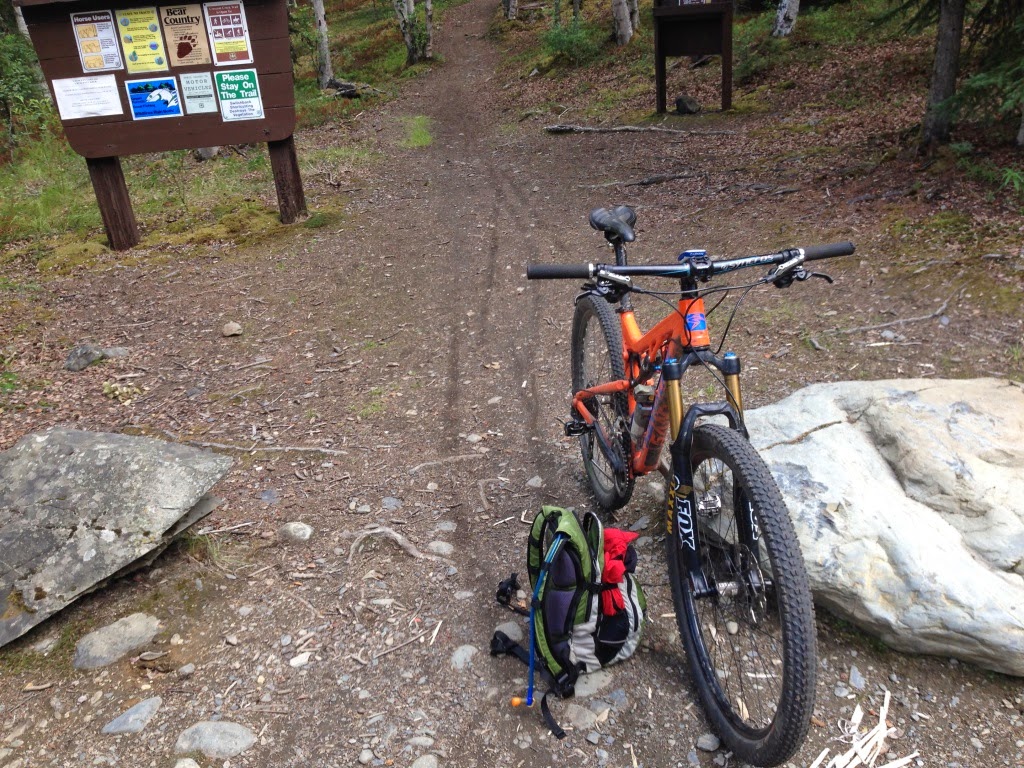 Elapsed time was ~9:45. My feeds were as efficient as they could be with a camel bak, and except for refilling the bladder, and short sit down at the Devils Pass Junction on the return due to a botched feed, I was on the pedals for the bulk of the day. I recovered from the latter incident well, and hit the descent back to Hope pretty hard.
Posted by Dante at 11:24 PM