Resurrecting the Devil's Johnson Redux, and Other Great Rides

All season I’ve been antsy to knock out the RDJ. The window in late May/early June never fully closed, but the rain blew in around the eaves when the 6th month of the year turned out to be the 5th wettest on record.


A few times I considered giving the loop a go despite this, fearful that the Johnson leg would eventually become overgrown. The beautiful weather two weekends ago for the Kenai 250 made me especially envious, but Adam kept talking me out of it: “It’s long ride, let’s wait for it to be awesome,” he would say.


Those are words from the wise; Independence Day found conditions on this 90-mile loop to be just that, awesome.


Minor: We parked our cars at the Devils Pass TH and started the day with the 7-mile road ride from Devils Pass TH to the southern Johnson Pass TH, getting this short section over with first.


Moderate: We rode hard tails instead of full-sus rigs.


Major: I was joined by Adam, as opposed to going it solo last year, and did not have to chug through 9 hours mostly on my own.


Without doubt, these were all improvements.


I was a little worried that I’d regret being on the stiffer bike, partly for some of the lumpy sections on Johnson and later on Devils, and partly because I have not spent more than 2 hours and change on the hard tail on any single ride. Neither proved to be an issue. While the lack of rear suspension entails a bit more conservative riding in places, overall, the Scale rocketed up the south side of Johnson with enough speed to shave 20-some-odd minutes off the usual pace for Johnson end-to-end. The ultimate reason for choosing the hard tail though, was the 30-mile road section between the northern Johnson Pass TH and the northern Res Pass TH. For this, the rigs were especially appreciated.


All in all, the ride sped by some 45 minutes faster elapsed, and 15 faster in the saddle.


It went even faster in my mind. We had bomber trail conditions the whole way. I was expecting more vegetation on Johnson, but actually it turned out to be no greener than it was a week ago, and mud was a non-issue. The bikes needed nothing more than a wipe down at the end of the day.


It’s funny how on long rides, you can cover so much ground, both geographically speaking, but also mentally, and yet, in the end, if can feel so singularly blended into one short experience. I can pick out a number of moments, defined in seconds: cleaning a steep pitch, rolling the wheels through a technical feature, shared moments of conversation, shared moments of silence, stretches where the bike had wings, stretches were the bike felt like a brick, passing other riders, passing hikers swarmed in bugs, and so on. One moment stands out more than any other though: the beginning of the 200-foot climb back up to the cars at Devils Pass TH from the Quartz Creek bridge. All I could feel was pure elation.


I thought the RDJ would take it out of me a lot more than it actually did. The legs were by no means lively on Saturday, but I had a really nice ride doing the Lost Lake Loop, sans the eastern section of Iditarod, with Sharon, Jolie, and Michael. The upper section of Lost Lake and Primrose was nearly dusty, and with some cool clouds and mist, I was relieved to be out of the heat.


Sunday, despite a depressing weather forecast, the skies actually cracked blue in Cooper after a very short morning shower, and Jill and I set up a shuttle, and rode Cooper to Devils Pass TH. Jill wanted to get a closer look at this section as she will be riding this leg as part of a team in the Soggy Bottom in a month. The morning showers had failed to do anything to the trail, and we had perfect conditions. 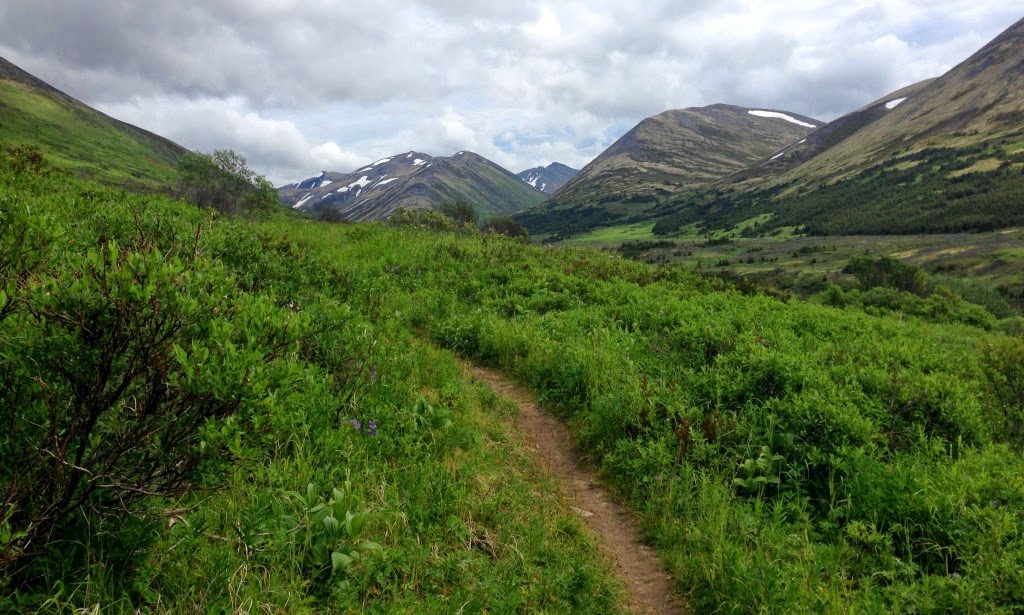 Is it next weekend yet?