As depressing as the current weather track is, I gotta say, this winter has been a bit of a sneaker.
So far, I’ve safely logged far more ski hours than fat bike hours.
Maybe it’s partly because I over-cooked myself this year on the bike, maybe it was getting a fall trip down south that satiated my desire to ride for a while, but I’m glad that winter riding has been limited.
In the grand scheme of things, this winter blows; but, maybe in the way that last summer was a sneaker for riding, this one is the same for skiing, especially in comparison to 2014.
Access is for sure worse than it’s ever been in the Kenai Mountains, but the skiing above 2,000’ feet in Turnagain has actually been better than this year than it’s been since the big winter of 11-12 (at least until as-of-late).
The 12-13 early season was thin and faceted, top to bottom, in Turnagain, and literally non-existent in Hatcher. Last year, I only skied Turnagain once before early February. On the flip side, Hatcher had plenty of snow last year, but kept going in and out due to freeze/thaw events, not to mention, it’s a difficult place to ski during storm events.
So, by the numbers, BC ski days logged, November 1-Jan 4:
13-14 – 10 days;
14-15 – 19 days.
The other aspect of this subjective equation, “objective days” – or high-quality days. I’d define these as days where I skied, or attempted to ski, something that actually felt like real skiing, not just chasing after laps. Up to this point last year, I’d attempted and completed 2 objectives, Gold Cord Peak and Pinnacle. Both were fantastic skis.
This year, I’ve skied three objective days: Basketball couloir, the nameless Idaho face (Potato Peak?), and Government north face.
While none of these holds a candle to Pinnacle, they still felt really good, and are on the books. Really important here though, since we’ve had ample opportunity to do laps days, I felt much better on all three of those days this year than I did last year on Pinnacle or Gold Cord, where I had only skied in marginal conditions two times prior. Finally, I haven’t been nearly as stressed out about conditions or avi concerns.
One thing that for sure sucks this year: the complete lack of skinny skiing. While this is more of a mid-week activity for me, I’ve put in fewer days this year on skate or classic skis than I did by Thanksgiving in any of the previous three years!


Where will this winter go from here?
My guess, it’s unlikely to recover.
Amateur meteorologist hat, on.
Right now there are three main factors all ganging up to ensure we don’t ski much in the second half of this winter: anomalously high sea surface temps in the north east Pacific (7 degrees centigrade in the north Gulf), a powerful eastern Pacific blocking pattern that extends along the entire west coast of North America, and a weak El Nino pattern.
This exact pattern set up for the winter of 2002-2003, and it never relented. Rain and warm temperatures persisted throughout that winter season, and rarely did any cold air seep down from the Arctic in the second half of the winter.
Big picture, is it the end of winter forever in SCAK? Probably not. Two years ago our snow shovels and thermometers were taking a beating, and in 2008 and 2010, winter took the lead and carried right over into summer. I’d say we’re on the wrong end of the decadal cycle. Unfortunately, it’s hard to get psyched that mountain bike season will start earlier or that next year could be better, knowing this one is more than likely toast.
In some ways, that’s a nice analogy for the past weekend. In some senses, it was really nice: warm temps, good company, and firm trails made for very pleasant rides. On the other hand, as enjoyable as riding was, I really didn’t want to be riding, I wanted to be skiing. 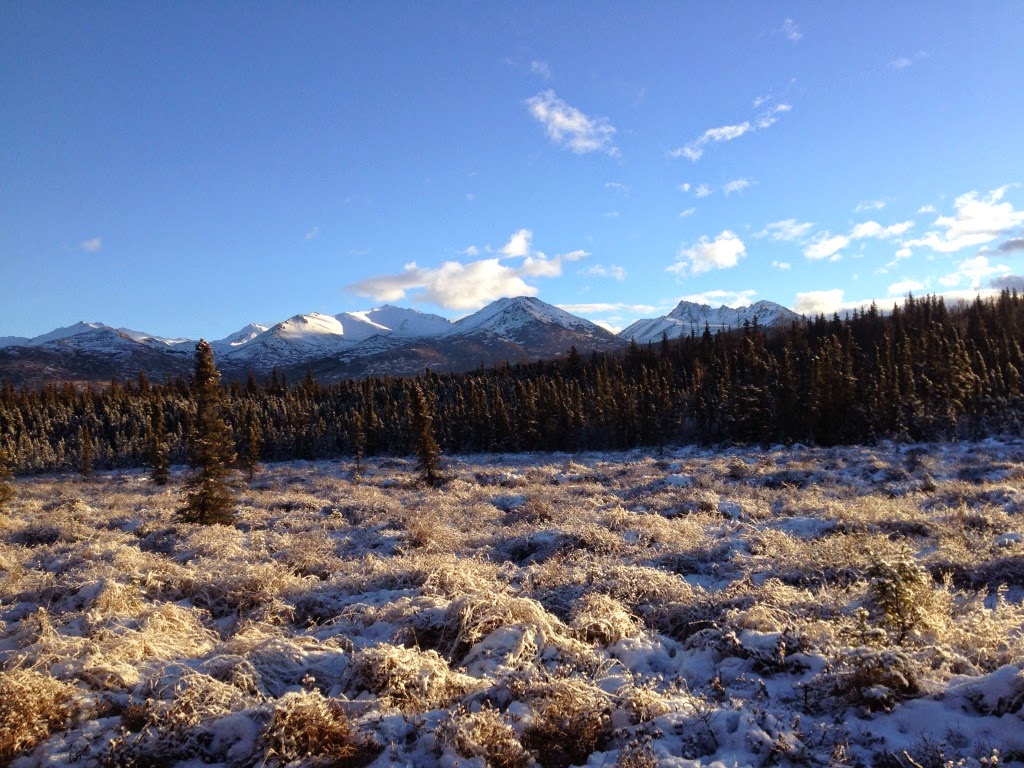 I went to check out the Haesler-Norris Trails in Houston on Sunday after seeing a recent post from Tim, hoping to find slightly more winter-like conditions. I was not disappointed. The trails were firm, fast, and offered lots of traction and no need for studs. 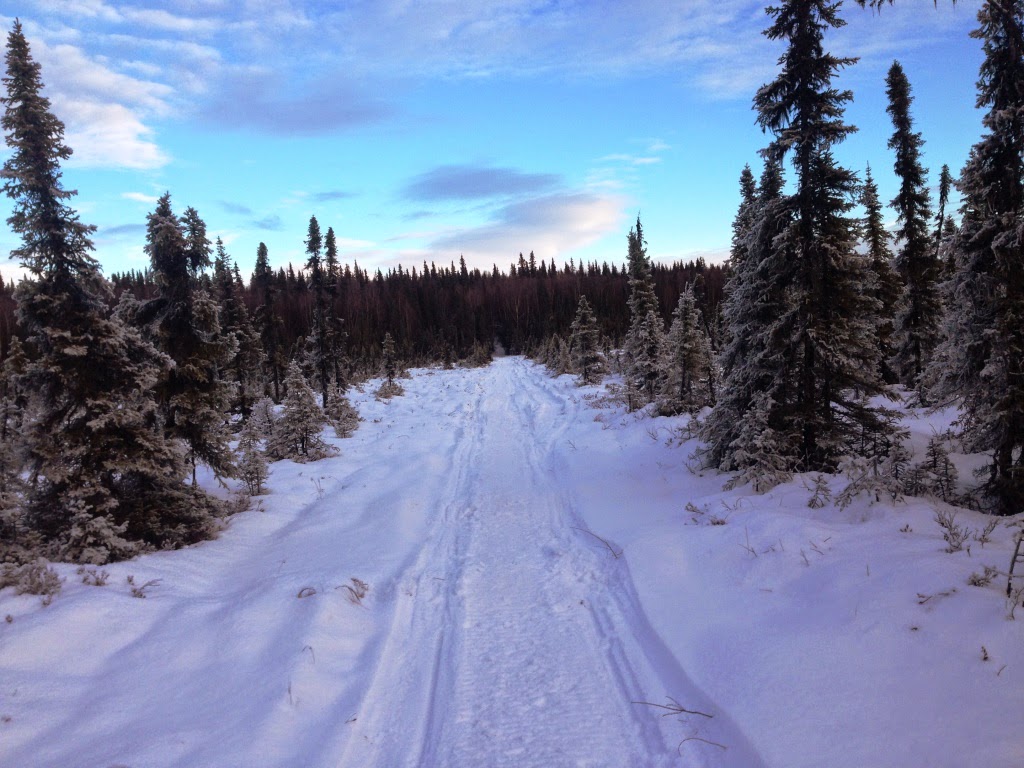 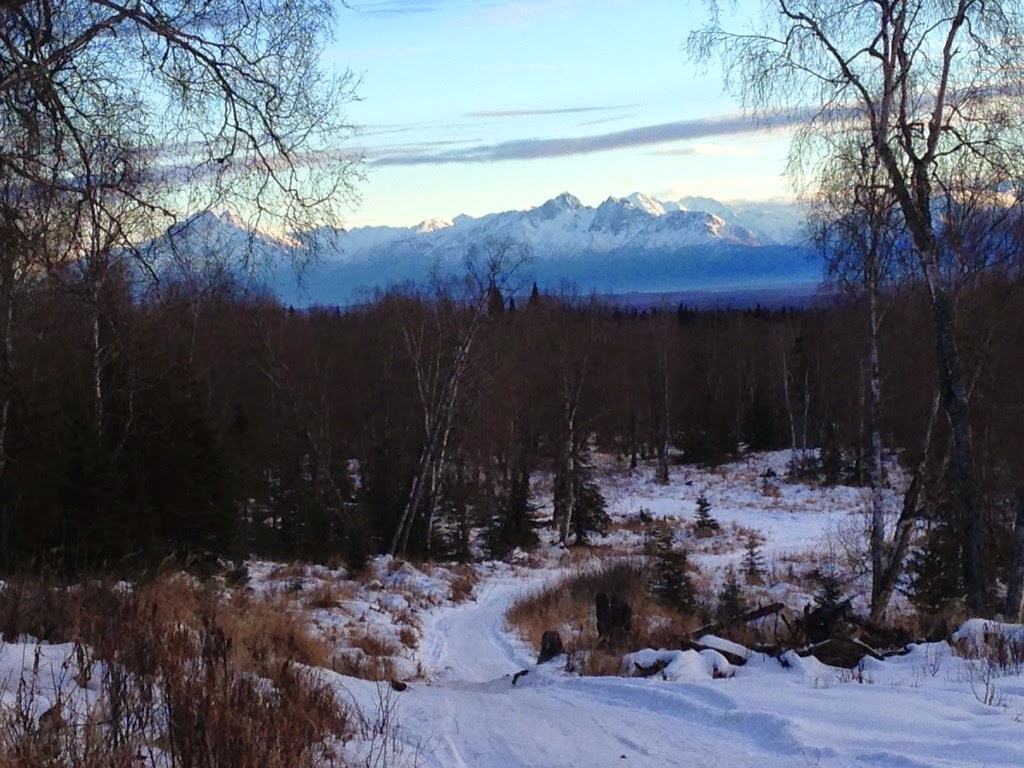 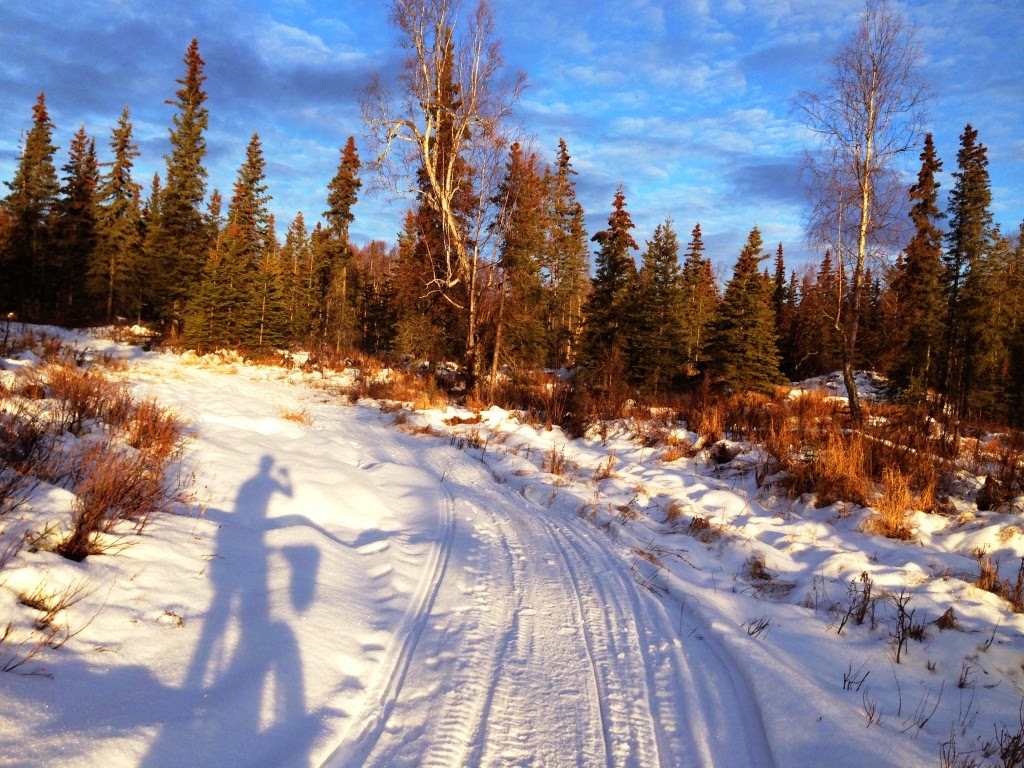