The winter that wasn’t…but was

You know what was weird about this winter? Pretty much everything. It wasn’t a winter. It was hot, and snowless. I Nordic skied less all season than I do in any given 6 weeks between Nov 1-Apr 15 any other year. I rode my snow bike a half dozen times, mostly not on snow. I rode a regular mountain bike as many times. I was outside road biking on actual road tires (not a cross bike) in mid-March, a good three weeks before I usually ever do that.
Yep. Winter sucked.
Just don’t look through any of these pics, or the rest of this blog.
No really, it sucked. By every quantitative measure (average temp, precip, snowfall, price of oil, CPI, 401K returns) it sucked, a lot; well, except for the number of times I was out boarding, then it was really good. Better than usual, to be scientific, and the boarding was usually really good when I was out too; sometimes, outstanding.
I guess it was desperate though. There was a lot of wading through alders we don’t normally see much past December. There was a lot of base chomping by hungry rocks we just don’t normally see ever.
It was motivated. Motivated to try new lines and approach styles. Motivated to GTF up, and then, go, um, up, all so we could go back down.
I guess this winter, like every other one, was what you made of it.
Anyway, here's a bunch of pictures of from the spring of 2015, non-winter, skiing, that never made it onto the blog.
Turnagain

Turnagain Pass started coming into the fold really well in late March as a series of heavy, wet storms, began to pile on snow like we hope it does in October and November. The snow promised to set us up for some great spring skiing, and it for sure yielded some, but it brought to life a dangerous demon as well.﻿

Summit Pass
Summit Pass, what a tragedy. Still my favorite zone, I only skied here once all season, only thrice in the last two seasons. I hope next season is better for these mountains I love and miss so much. We still had a great day in the back bowls of Butcher and Tenderfoot creeks. 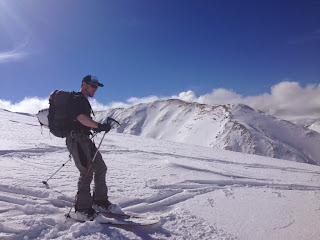 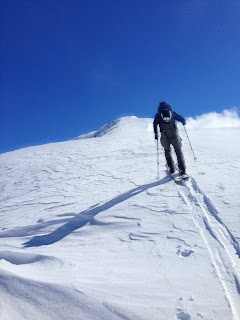 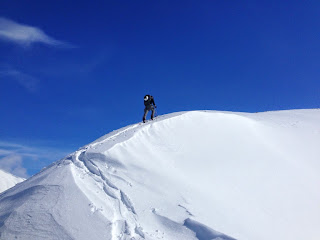 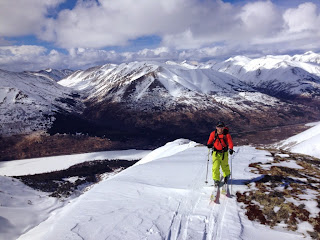 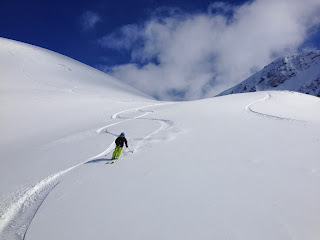 Front Range
One major score this season, and what probably saved my sanity in general, was doing tons of Front Range "groomer" laps﻿. The wind does a great job grooming the range's meager snow pack, and after-work adventures were aplenty. A couple days even saw real pow. 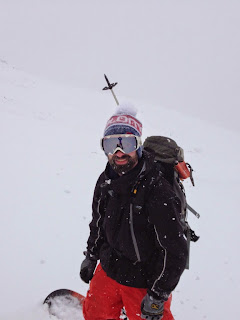