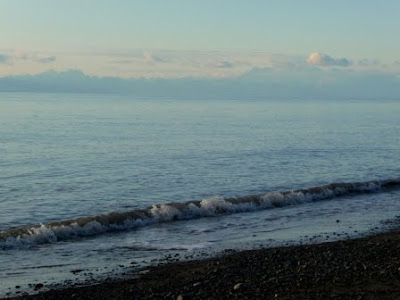 My colleagues at the paper, Mike and Jeff, recently moved from their old home on Kalifonsky Beach to Kenai. On Wednesday I stopped by to snap a few photos from their "front yard" before they moved out. 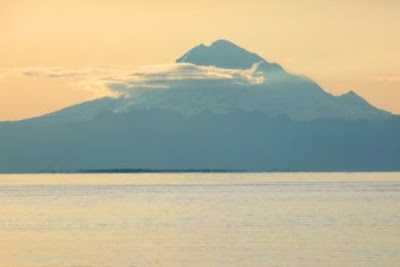 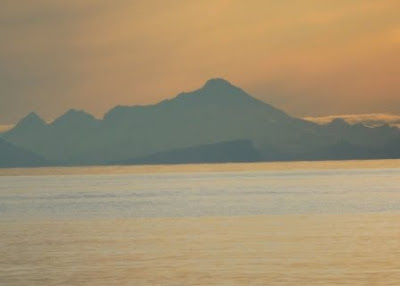 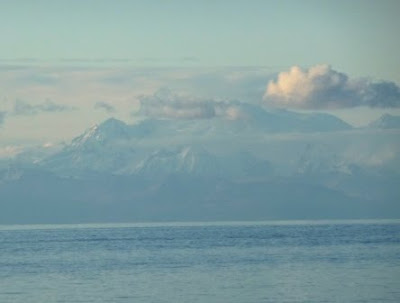 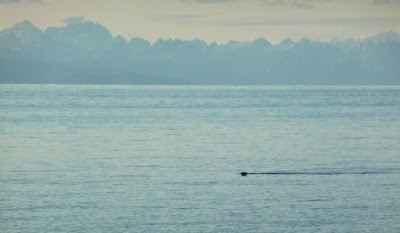 Sea Otter.
.
The first winter storm of the season is in full force as I type.
Driving home I passed a tree alight after it toppled on a power line, and we've only just come back on.
With the wind howling I can only imagine how much longer it will stay so.
No snow has fallen down low and the mountains still looked bare this afternoon, so this one might just be a lot of rain and wind, an entrance with much gesture but little talk if you will.
Since I'll doubtfully do much for riding I've pulled my first large batch of fish and it lies frozen on the floor. In the morning I'll pluck the pin bone from the shoulder cuts and brine them through the day for smoking in the evening. I was thinking I'd wait until October but really it was the weather I was waiting for I suppose.
.
.
Here's a piece I wrote last weekend:
.
Faith
Not everyone believes in a thing called God, but most are grounded by something like it.
I believe not in a supreme creator, but the value of place.
On cold mornings, the dew still hanging on bright golden leaves;
On the sides of steep mountain faces, speckled white with a herd of grazing sheep;
On glimmering teal bays and lakes viewed from a ridge above,
I see holiness.
In a sheer force wind slicing over a rocky peak;
In a dark dense growth where the unknown watches from the shadows;
In a mountain pass sculpted eons not so long ago by blue ice,
I find I’m more spiritual.
A path leads ever upwards, through snow, through rock, through a place where paths have never been.
Pain, suffering, hurt, sacrifice and prayer drive me on.
For this:
The winding trail that rolls down the other side, arcing across mountain sides, through valley bottoms and along the shores of lapping waters; a visitor I’m in this cathedral of golden canopies among creatures twice my size I cannot see, inhaling deep the air, yet untainted my man’s foul breath.
Two wheels roll on along a coursing line through the tundra with the ease and flow of two eyes following an ancient verse scrawled across a thin leafed page.
Posted by Dante at 10:02 PM

I happened across this. . .cool pictures and nice poem! ;D