May-day, going down in smoke

Touring across the glacial fields of Pastoral Peak under the hot spring sun was fitting for a day marked by the Ancient Celts as the end of the "uncomfortable" season. We still found winter's cold comfort in the north face gully runs though, boot-top to even knew deep in a few drifts.

After a late start involving some weather perusing, Jack and I headed to the Sunburst lot in Turnagain Pass and trekked eastward to the flanks of Pastoral Peak, the southernmost of three high peaks that make up the back bone of the Turnagain Pass eastern massif. 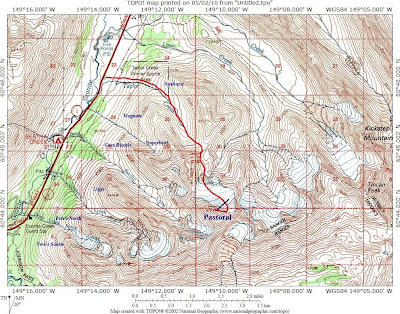 Make sure to check out Jack's blog for many excellent pics of yours truly.


Leaving the lot at 12:30, we didn't make our first descent until after 3:30 after a long tour up and over Taylor Creek Pass, across the glacial remnants that sit at the head water of Lyon Creek and around to Pastoral's north east ridge. 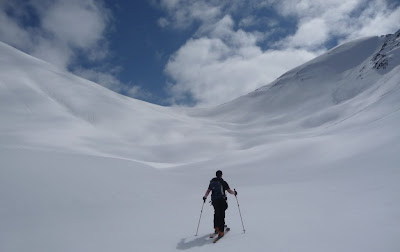 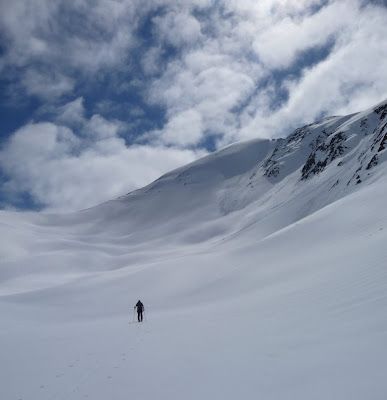 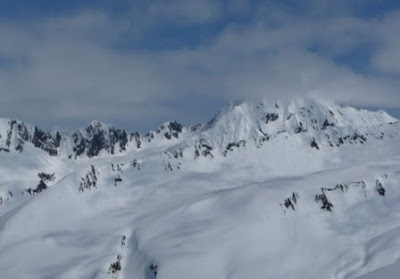 A view of Kickstep Mountain from Taylor Creek Pass. 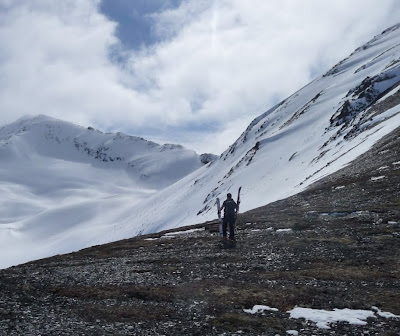 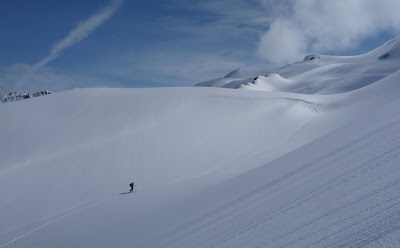 Climbing atop glacial remnants in the headwaters of Lyon Creek. (CTE). 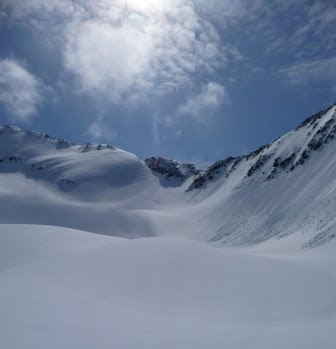 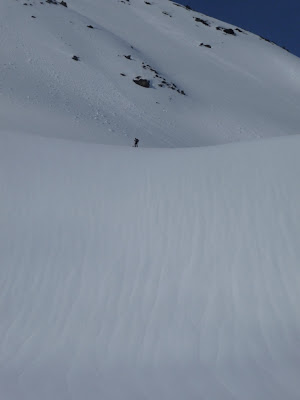 Jack prepares for a few short turns on runneled snow while traversing across the Lyon Creek drainage. (CTE). 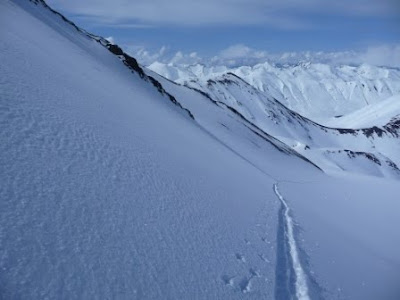 And then in Pastoral's northface shadows at about 4,000' we hit the good stuff. 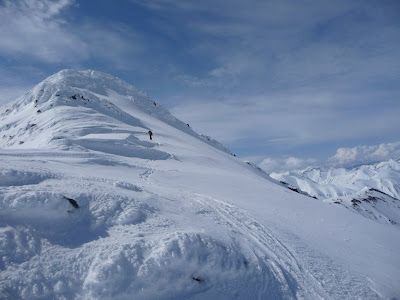 Pastoral's rime covered summit. The final 100' give or take had to be booted, but was well worth it for the entrance turns in the gullies we skied. (CTE). 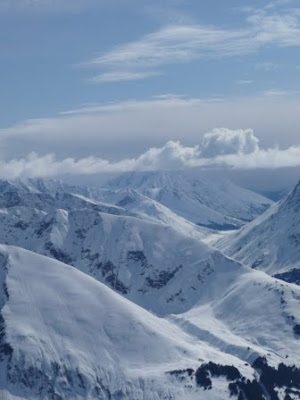 Views into Johnson Pass (below too). 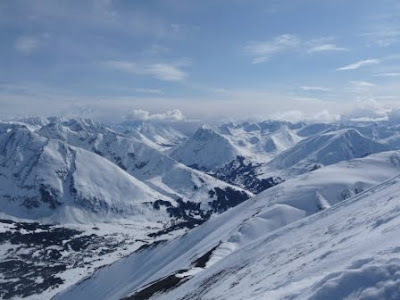 Ice cream sundae snow at the bottom of the Tincan ridge line.

Through the afternoon wet point releases were going off on steeper sunny aspects. Every few minutes a low rumble would echo across the high alpine valley and if you looked in the right place quick enough you might even see the end of the slide. We were on a cold north face. The only slides we saw were shallow sloughs.
Listen to my breathing in the background while watching Jack tear up the gully, and tell me do you think the snow was good? This stuff was intravenous. How about that. 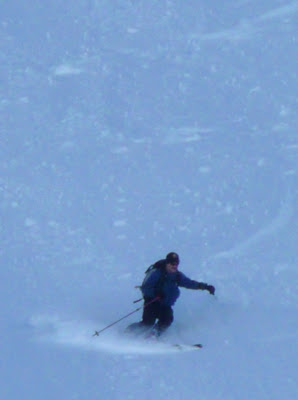 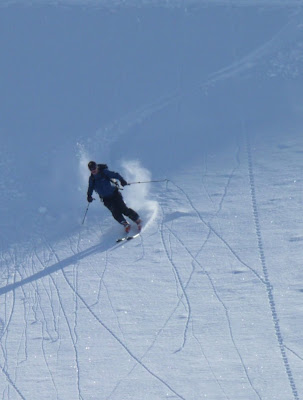 Out of the shadows and into the light. (CTE). 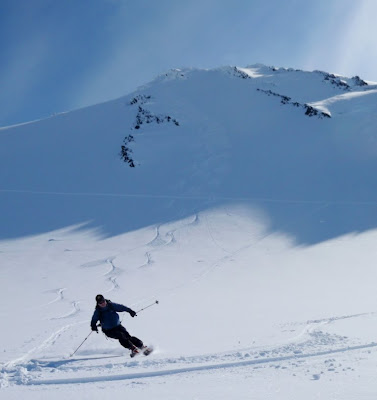 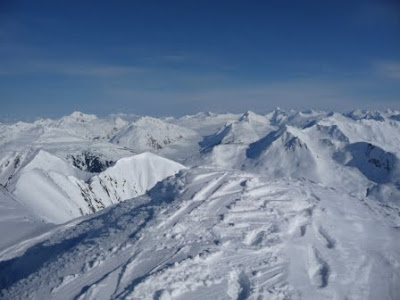 The Spencer Glacier behind Pastoral's summit. 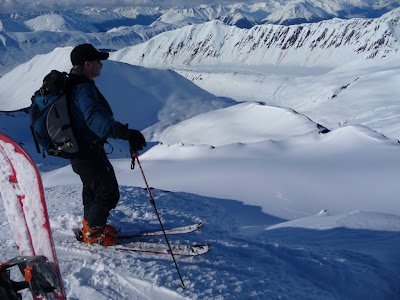 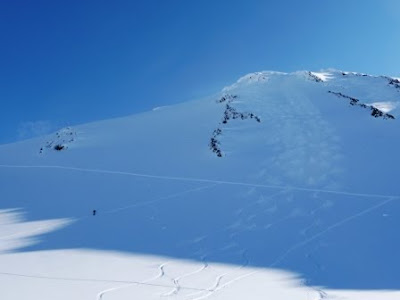 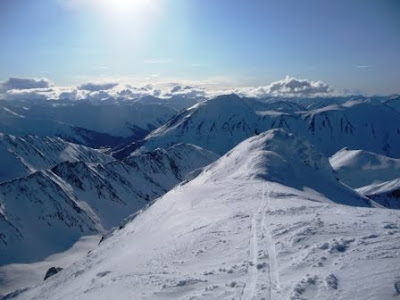 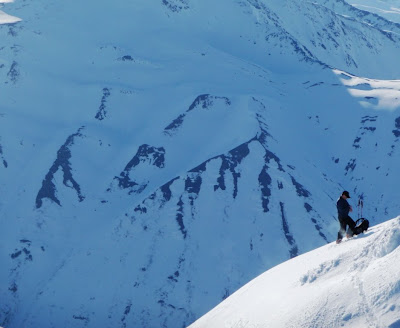 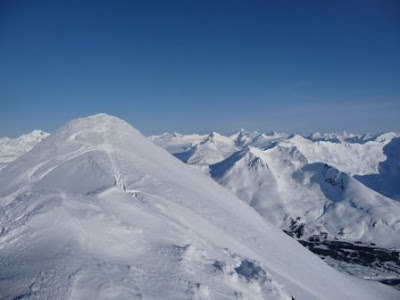 Looking back at the true summit and Center Creek valley. 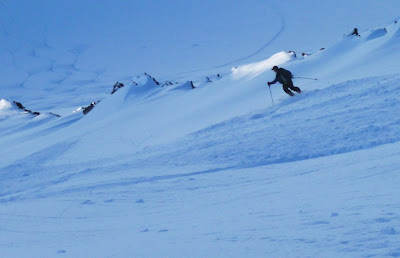 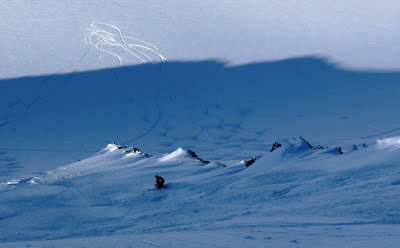 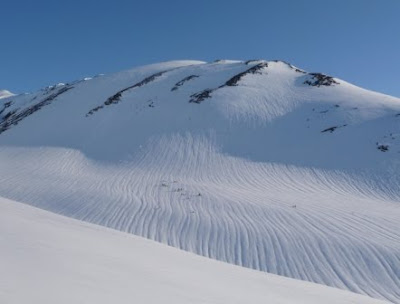 "Runnel vision."
Jack skis across the glacier. Notice the zoom in on the summit at the end.
Trip summary:
We put in 4 northface gully runs. We were looking at the steep northwest face for #4 but on the approach Jack kicked off slough slides and the steep angle made us reconsider, so we scooted back into the gullies. Call us wimps I guess.
We exited across the sun crusted glacier into Lyon Creek, then booted up over Taylor Creek Pass. I kept hiking along the exposed tundra from the pass up Sunburst for an extra 100' or so of vertical before making the long corn cruise through the Taylor Creek Valley; attired in shorts and a tee-shirt of course.
We were back at the cars at 8:30, for a total of 5 runs, 6 equivalent and 7,000' of vertical.
Is it next weekend yet?
Posted by Dante at 8:40 PM

Tarnold! Stop that. Get a paper towel, wipe off your keyboard and go buy plane tickets for your ski trip for next March or April. Do it!