Here's a little Russian tease from Saturday.
Want more? Well, you'll just have to donate to my helmet cam fund or come ride it yourself. 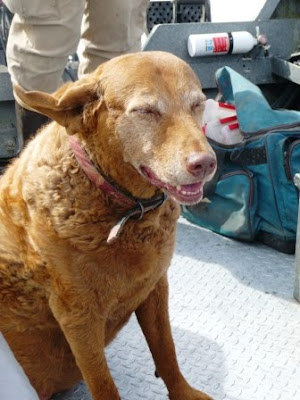 Adam, Al and Badger piled into Adam's boat Friday morning to look at birds and trees on the Lower Kenai. 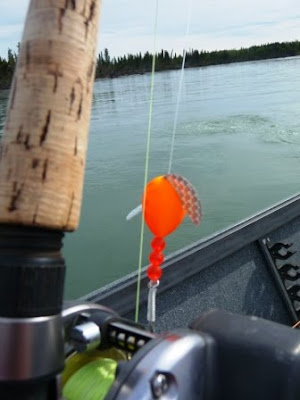 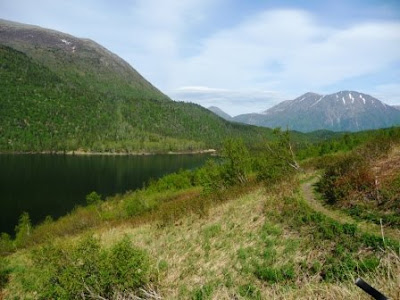 On Saturday Kjell and I drove up to Cooper Landing to ride the Russian Lakes Trail. Here's a view looking north from above Lower Russian Lake.

We made it about 15 miles out from the Cooper Landing side. While a prefer to ride this trail as a loop, making a long climb to the trail's upper end at the top of Snug Harbor Road, I had doubts the high section would be snow free yet. Sure enough, not too far past the Upper Lake we crossed paths with two rider who had come in from the top and said they slogged through feet of snow for several miles before they made it to dry trail. They said the riding went white just south of the trail's intersection with the Resurrection River Trail. 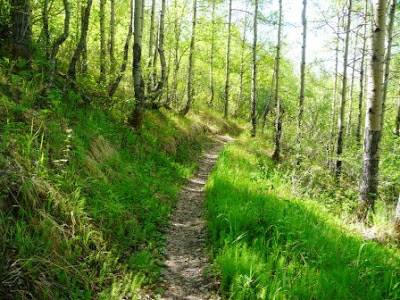 An aspen forest with an emerald carpet. The Russian gets completely overgrown by the first week of July so now is the time to ride it. The Russian is much more typical of the riding I'm used to, with constant ups and downs, steep climbs and descents, a handful of tricky lines and plenty of rocks and roots to go around. The trail makes the epically long Resurrection Pass trail look like a bike path in comparison. 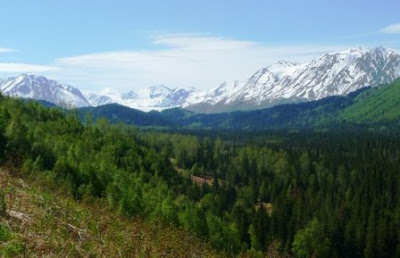 Looking up the valley and south into Kenai Fiords National Park. 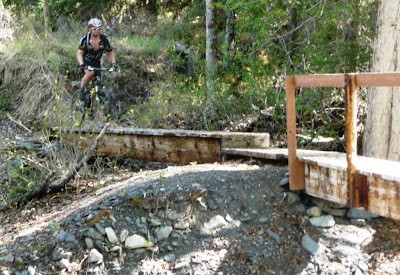 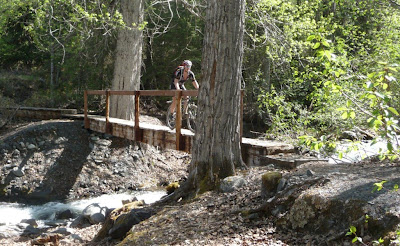 It's a black and white issue on the flanks of Cooper Mountain. 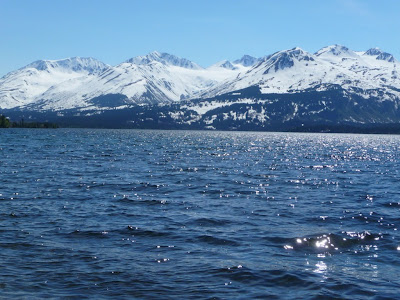 Peak 5106, I think I like you. See the snow all the way to the southerly shores of Upper Russian Lake, the wheels are spinning on an epic three-day next spring: mountain bike or hike to Upper Lake cabin-paddle across in the row boat and ski the flanks of 5106-hike or bike out. Who's in? (CTE). 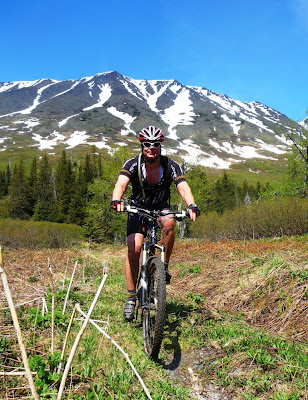 Kjell dropping altitude near the Resurrection River Trail junction with Cooper Mountain in the background. (CTE). 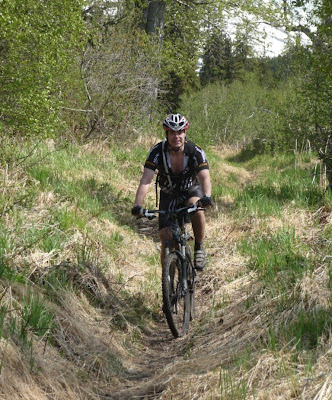 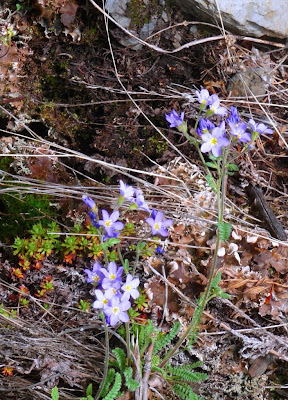 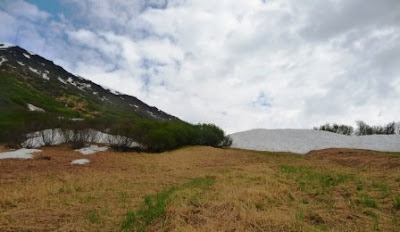 A good sized pile of snow on one of the many avalanche flaks the trail crosses in its lower section.
Posted by Dante at 9:18 PM

you have something vary good going on way the hell out there! I like it.
Scott

You have something vary good going on out there Dante, awesome pictures.
Scott