The Resurrection; 2010 season of singletrack

The fat tire season is here!
While I've been pushing pedals for over a month and a half now, the lure of the road has faded with each passing day as my legs have grown stronger.
Winter take a long time to release it's icy grip, and I took even longer to finally get my two mountain bikes up and running again after a long season of slumber.
In a binge, I rebuilt the drivetrains (the gears and stuff for non-bikers) on both mountain bikes in the course of Friday, actually setting a personal record on the hardtail: 1:45 it took for that bike.
I headed out to Tsalteshi Friday afternoon after getting the go ahead from the trail's gatekeeper earlier this week.
There were but a few soft spots left, but the moose left some sections craterered with sunken hoof prints.

On Saturday Kjell and I headed to Cooper Landing to ride north on Resurrection Pass Trail and see how things were shaping up. 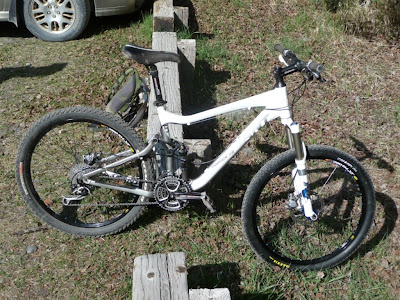 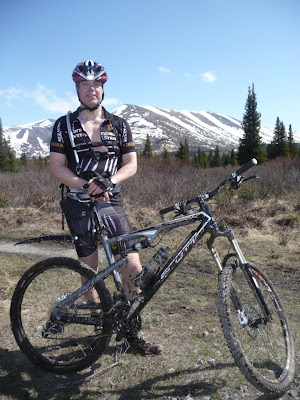 Kjell with his brand new but already getting muddy Scott Spark. (CTE) 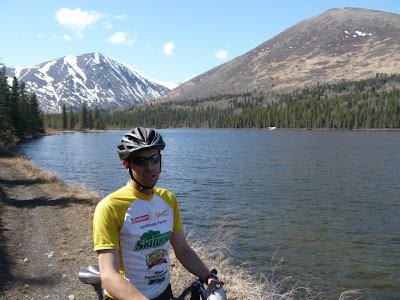 On the sunny shores of Juneau Lake. (CTE) 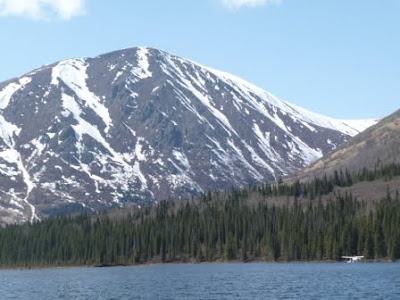 A guy on his plane drifting down the lake dragging for trout. He would let the warm south wind blow him north. Once he got far enough he'd start the plane and taxi back to the other end, try again. 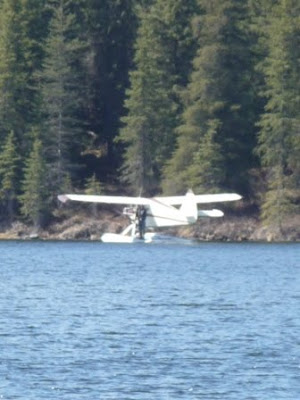 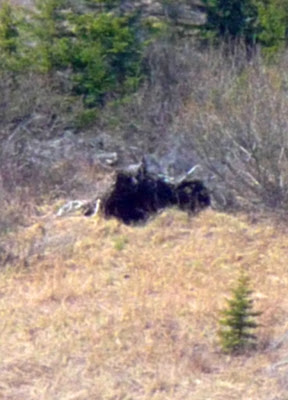 Wile taking a break at Juneau Lake Cabin I looked across the valley and noticed a conspicuous black spot on the hillside. Using the full 40x zoom, my sunlit LCD screen appeared to show an overturned stump. Back at camp Saturday night, I cropped and zoomed in on the image and what do you know, it turns out, I had spotted a brownie sow with 2, maybe even 3 cubs. Glad they were on "that" side of the valley. (CTE) 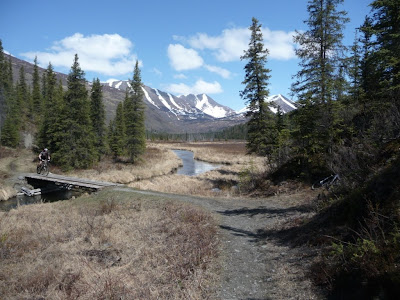 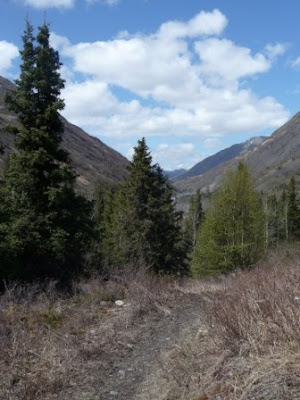 We found the cabin at Swan Lake occupied, so we decided to climb a ways to a bench that overlooks the lake. Sitting on the south facing slope out of the wind, the ambient must have been in the mid 60's and we cooked. At 14 miles in, we decided it was best to turn back even though we both still felt strong and it looked like we had a ways more to go before we'd find snow. 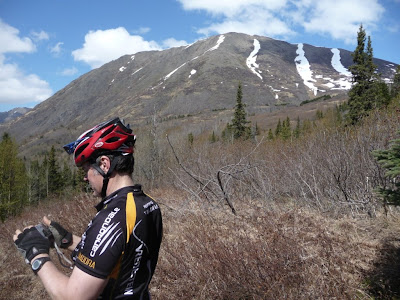 You can't see them, but a flock of goats were grazing on the mountain in the background. (CTE) 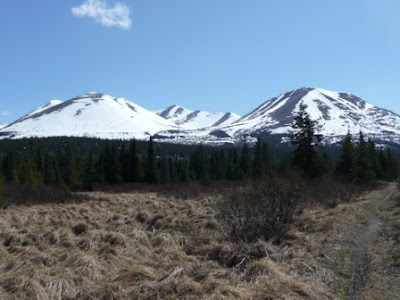 Still a lot of snow up there. 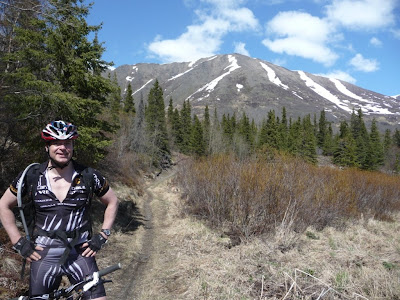 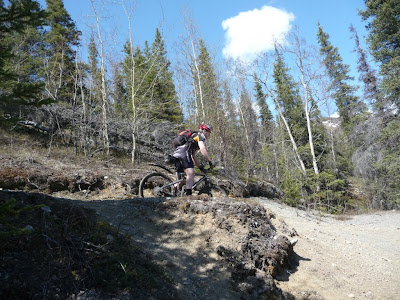 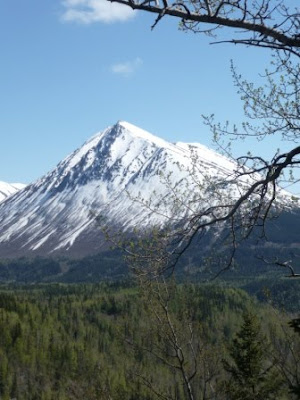 Cecil Rhodes Mountain has to be one of the most iconic there is. It just does exactly what mountains are supposed to. 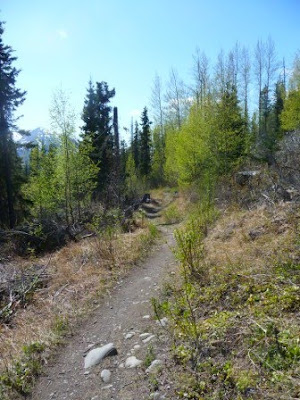 Below Juneau Falls the trail was lush and green looking. It felt like summer had finally arrived. 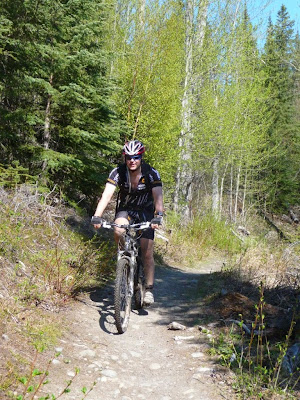 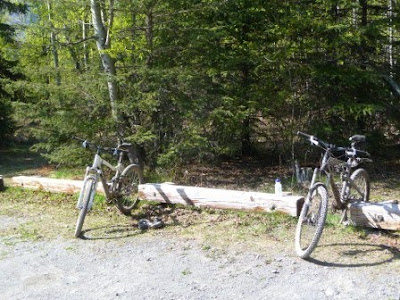