Jack and I ventured to the South Fork area in Eagle River just north of the city on Saturday in the hopes of finding front range goods.
Jack welcomed me to my first front range adventure in what he said were rather typical conditions for the wind hammered mountains that tower over Anchorage.
We found a scant few inches of dust on top of a bullet proof crust from the Thanksgiving rain event.
We climbed through a low saddle into a bowl that I wouldn't feel comfortable identifying here for fear of calling it the wrong name, and ventured to a summit above.
The first dozen or so turns from the top were not too bad, but then the crust become too prevalent and unsupportable, making the rest of the steeper part of the bowl pretty terrible. The low-angle terrain in the basin however, was not too bad, though was scary thin.
It was powder mining, make a few turns on a vein of powder that had been deposited in a minor depression, make a few scritchy turns on the crust to the next vein, and so on.
We did two laps in the aspect before venturing back through the saddle and down the otherside.
It was a bit of a throwback to east coast turns, between the thin cover, bipolar puckerfactor-to-bliss-to-puckerfactor decent.On the final run out we we hugged the alders and the gullys, running over blueberry bushes just like I used to in the blueberry meadow on little Hogback Mountain in Goshen Vt.
Knuckledragging down a hiking trail back to the parking lot, hopping and jumping to avoid rocks, I swore I'd find green mountain licence plates on the cars. 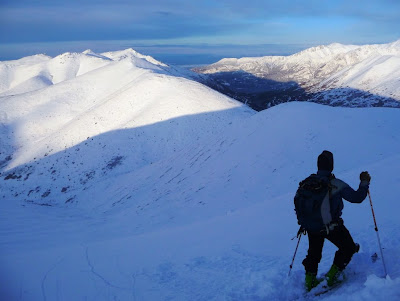 Jack about to descend into the bowl. The South Fork of Eagle River Valley is over the ridge. We came through the saddle in the center and out run ended just about where the photos does in the gully below. 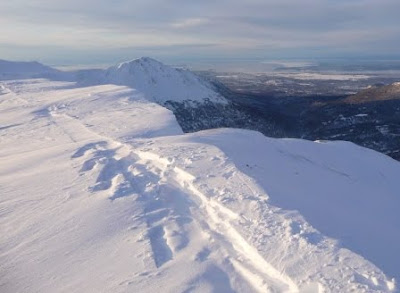 Views of Anchorage to the west. 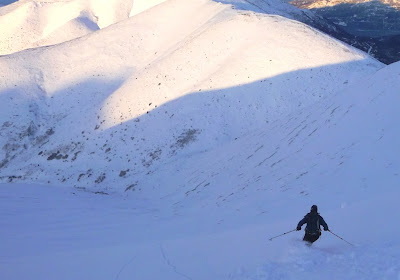 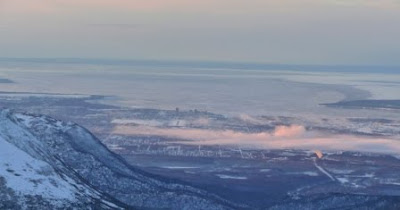 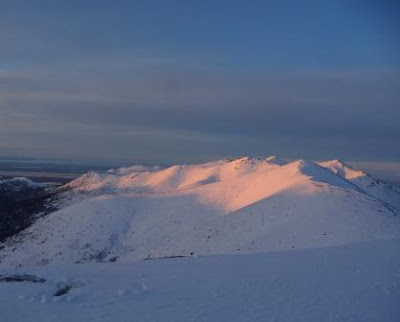 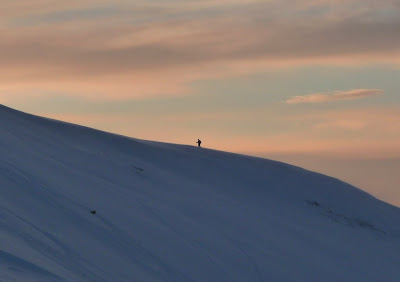 Jack, silhouetted across the bowl. On the second climb up the bowl Jack and I attacked different sides of the climb, though we topped out at the same time. 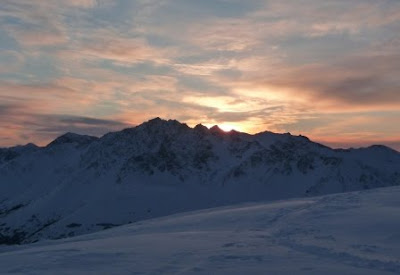 After two weeks with no turns, even in the not-so-great conditions it felt to get out and carve.
On Sunday Jack and I headed south to Summit Pass, meeting up with Michael and George in Girdwood, and redevousing with Josh O at the Fresno Ridge lot. 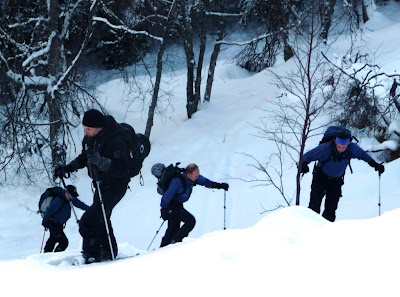 Down low we found significantly more of the supper light dry snow deposited on the same crust. 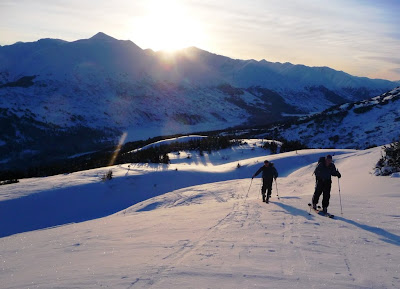 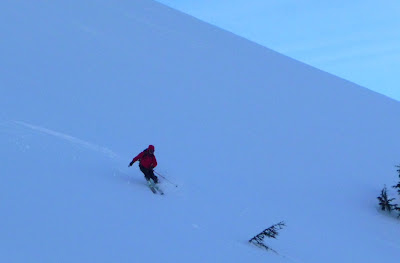 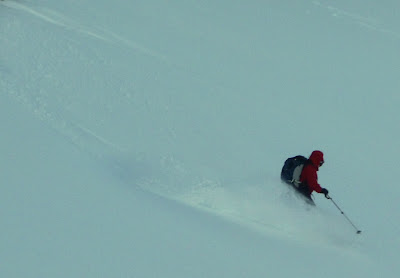 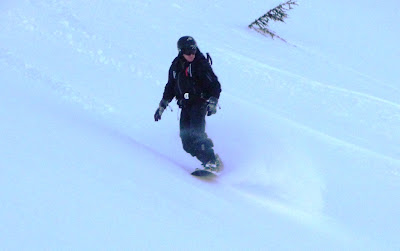 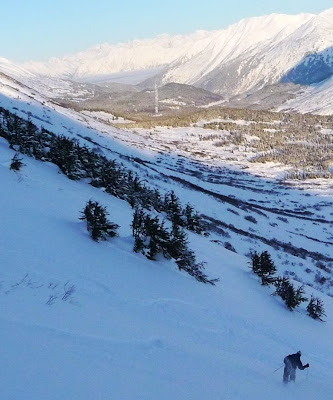 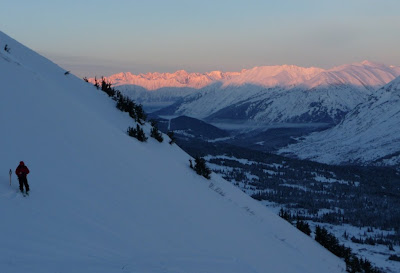 George, Michael and Josh were feeling the burn after the second run and the three decided to descend out. I might have been feeling it a lot more too and join them, however, my skins started loosing sticktion on the second climb and I was forced to stop and try and rejuvenate them, ultimately taping the tails to keep them from peeling back. The near TSF saved me from grueling trail-breaking while the other four plowed through putting in a new uptrack.
Jack and I made a third run, not leaving too much daylight on the table. 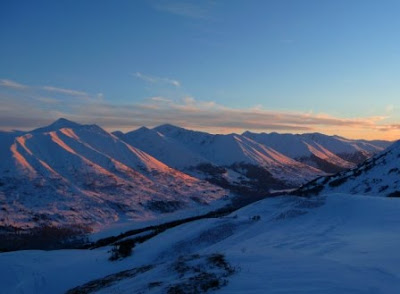 Is it next weekend yet?
(No Thursday blog since this one came so late in the week. Check back Tuesday morning.)
Posted by Dante at 10:58 PM

This seems to be a modest improvement over how you used to spend your Sundays. Excepting the mango jokes, of course.