The one thing to be counted on when it comes to Yankee winter times is that there's not always much to be counted upon, at least for snow.
This year, New England, and much of the northeast, has had a wintry holiday, thankfully, and while there's lots of travelers who probably don't agree with me, I can't complain.

After 12 or so hours in the air or in line on trip that departed somewhere in the nether hours between Wednesday and Thursday in frigid Anchorage, I landed in New Jersey on Thursday afternoon.
A delicious dinner was waiting with Rachel's family though, and all's well that ends well, even when it comes to holiday travel.
Rach and I awoke Christmas Eve day and hit the road north to East Middlebury.
New Jersey was still looking rather brown when we left, and actually some yards even still had a green-ish lawns, but as we headed up the Northway, we started seeing more and more signs of winter.

We made sure to stop off in Saratoga to have lunch with Scott and make a drive-by of campus before heading on our way. 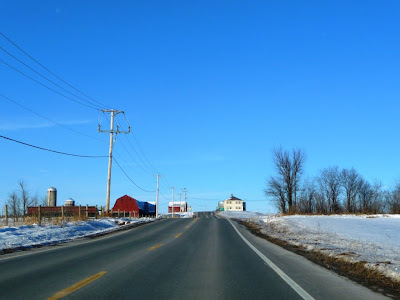 Right around the Vermont border, as usual and I'll say confidently to no surprise of my own, snow started to cover the ground - thinly - but consistently. 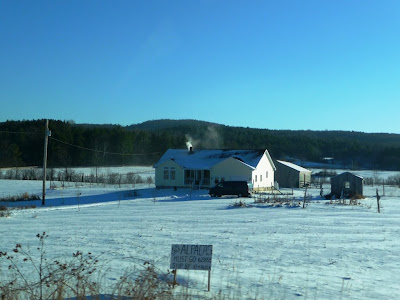 Anyone want some alpacas? I didn't even notice the sign when I snapped the picture, but now that I have, I couldn't resist posting. I hear they make great house pets. 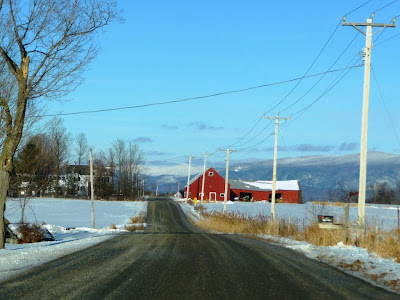 Quintessential red barns in snowy fields with snowy mountains in the backdrop. 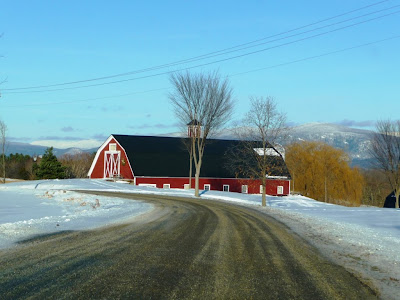 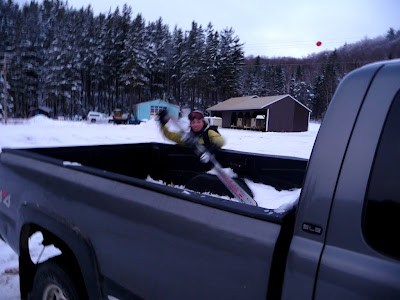 On Christmas Day, itching to ski like a kids with chicken pox, Rachel and I went to the Middlebury College Snow Bowl, which was closed for the day, to ski: yours truly on skates and Rachel booting up for some alpine turns. 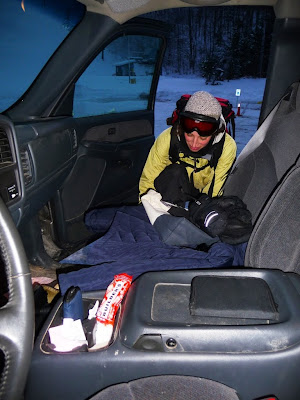 I forgot to grab the camera, but Rachel skied one full plus two half laps down the Lang through the solstice Vermont dusk, while I skated halfway up three times. I forgot that going backwards up ski hills, no matter how small or easy the trail may be, is still pretty gruelling work.

On the 27th, I met up with Amy and pup, Cassie, to do a tour in the foot of snow that had fallen the night before on trails in Ripton. 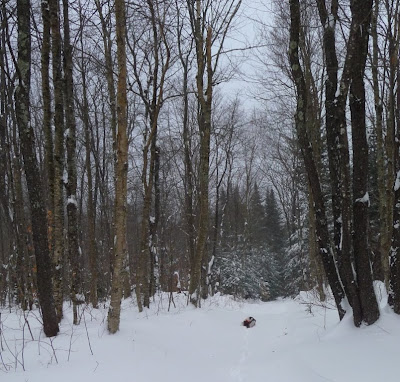 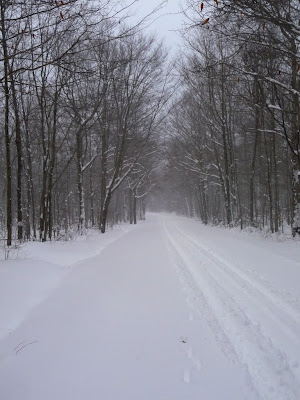 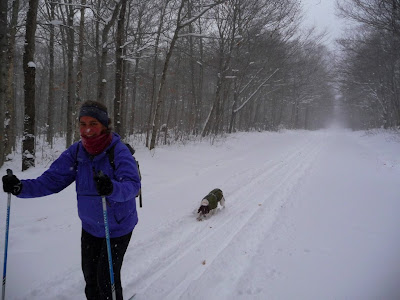 Amy skis on by on the way back down to the car. Cassie, in tow, spend much of the day breaking trail for us, leaping through the drifts that sometimes were knee deep. 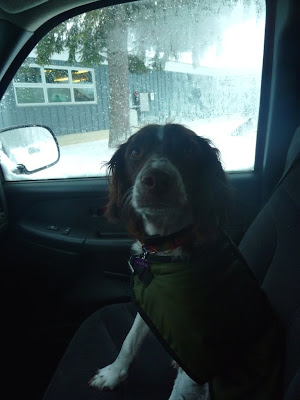 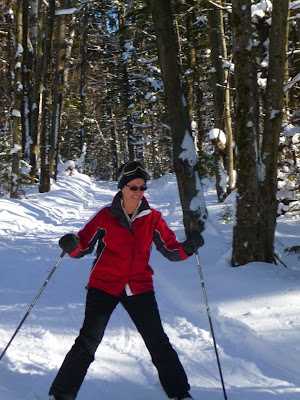 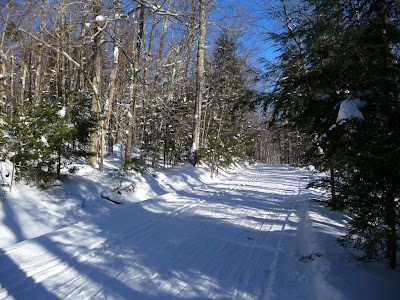 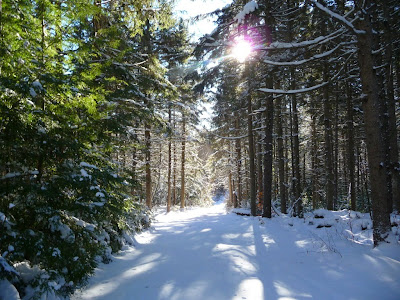 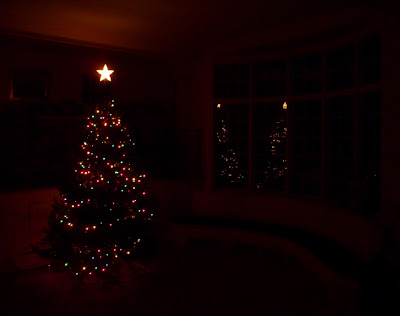 Thanks for a great tour - I love the lead dog pic!
-Amy