It's that time of year again. My sympathy for store cashiers who have to listen to those same Christmas tunes all day is at an all-time high, it's darker than night most of the day, colder outside than the North Pole, and the snow is sugary sweet.
This and next weekend will be the two shortest of the year, but I sure didn't let this one get away.
I headed to Lips in Turnagain Pass with Josh D, "Denny Laine" and Brian on Saturday. We were met up by Keith and Mike who brought a Peninsula Posse along.
The lower reaches of Lips was an alder-hell, we need another big storm to knock things down, but once we made it a couple hundred feet above the highway elevation it opened up. We ended up spending most of the day in the alpine on Lip's south face, making three runs in snow that varied from sweet to scritchy. On the way out we found excellent snow on the low angle terrain in the alders, though the eventual exit was pretty tough trying to work through the alder prison. No photo evidence from this adventure, I forgot to grab a fresh battery.


Sunday I met up with Pete and Kasilof Karl under the the slopes of Colorado Peak in Summit Pass. We were joined again by Keith and Mike as well as Steve and Greg.
With a strong inversion in place, a thick layer of fog had formed at the pass, and for the first 45 minutes we broke trail in surprisingly deep dry fine summit powder wandering through the cold mist. 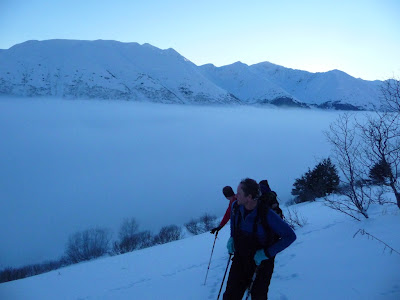 When we finally broke out we were treated to a fine view. 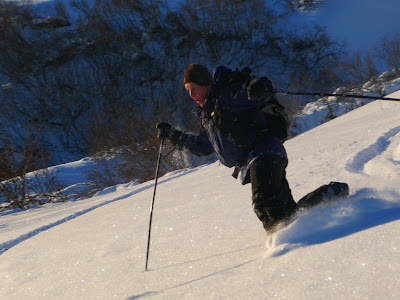 I don't know what caused Karl to make this funny face, but I love it. This and the next picture sum up the whole day. 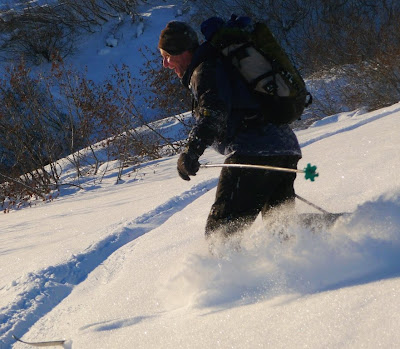 I know why he was making this face. 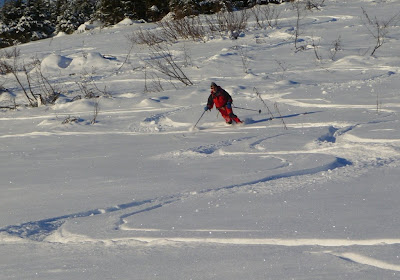 Pete. While the northerly gully Jack and I skied (LINK) last February looked good, sun is a rare thing this time of year, so we proceeded to do our best to track out the main face from the hemlock line (apx. 2,800') down. The aforementioned elevation was where the snow went from good to variable to tundra in less than 100' vert. Interestingly enough, on my second run, I came across a skier wearing all read (not Pete), who no one else saw. When I told Karl and Pete about this mysterious figure in red, Karl wanted to know if maybe he was being led by a red nosed reindeer and had a sack over his shoulder. Now I'm not one to believe in miracles, but on the next climb we saw ski tracks heading into the northerly gully, and about five minutes after passing by it's entrance, we heard a bellowing "HO-HO-HO" coming from down the mountain.
True story, and said gully has since been officially named, "Santa Claus Gully.

One another note, we missed a National Geographic photographers dream scene when we found the site of a face-off between a lynx and a wolverine on the backside of the prominent knoll on Colorado's main face slope. It appeared that the two found each other, exchanged fighting words, pranced around making two large circles in the snow, before they each went their own separate ways. I can only imagine what that would have looked like with the moonlight reflecting off of the white peaks and snow clad pines in the background while the two predators sized eachother up, snarling and gnashing their teeth. 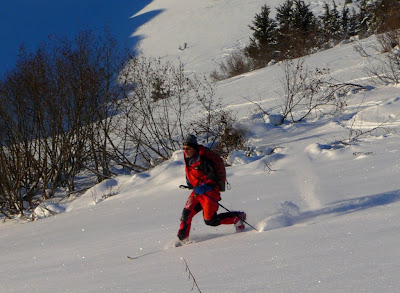 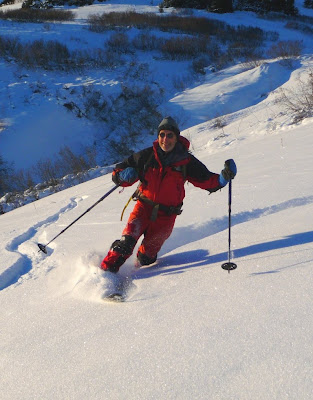 Pete, again, with the same smile. Must have been really good snow. 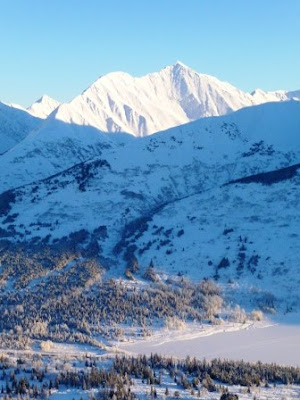 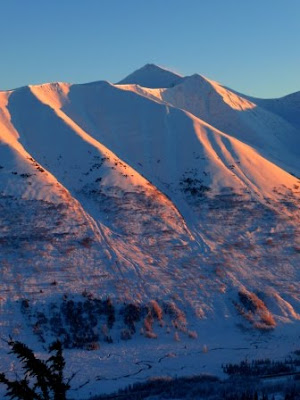 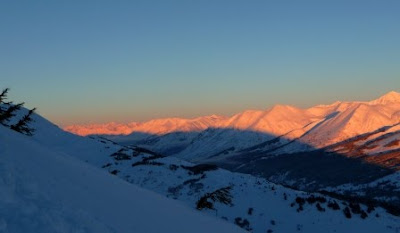 Summit Pass-north in the shadow of Fresno Ridge. Everyone was feeling it after run three, and while the rest of the crew bid their farewells and headed downward, Pete made his puppy dog eyes to Karl, pleading that we make a half ascent to top out for a longer exit run in the waning twilight. Karl, exhausted as he was, couldn't say no, and up we went, for a twilight exit. 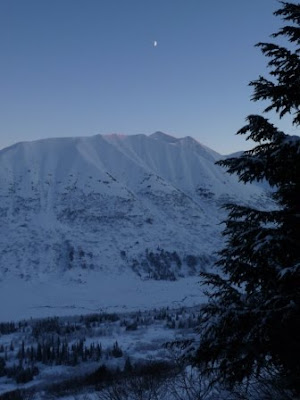 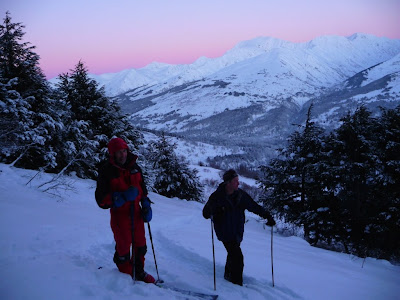 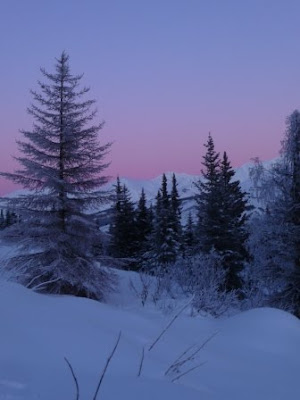 People from other places ask, "How do we survive the long winters in this place?" Funny thing is, I wonder the same thing about them.
Posted by Dante at 10:06 PM