As I was munching on my dinner, feeling content in the wake of my debut after work ski here in Los Anchorage, I realized that today is Thursday, and I normally post to this here blog on Thursdays.
The change to a Monday-Friday schedule may take some getting used to, and perhaps the blog will have to adapt as well. Time will tell.

The past week and a half has basically been lots of just that actually, adapting that is.
I was being introduced to some new coworkers a few days ago and someone made a comment about how I was adjusting to the move, sort of in jest. Most of the other recent hires have been brought up from Outside and are learning to adapt to short daylight, sub-zero cold and half-ton ungulates mulling about in major intersections in the middle of the day.
While I've seen all those things before and then some, Anchorage is a far different world from the central Pen. My new drive to work for example, is but 10 miles, not even half what I used to commute, yet takes about as much time on the way home as the former. I spend most if it in bumper to bumper traffic surrounded on all sides by tall (relatively speaking) buildings and flashing lights.
Right, then there's the job, which, though familiar, involves all new processes and systems in languages of code or organization it will take time to learn.
If that sounds scary, or intimidating, it is; but it's exciting too, and feels better by the day.

Last Wednesday I headed back down to the Peninsula borrowing Joe's truck to haul up the rest of my stuff with and enjoy a holiday and long weekend with friends. 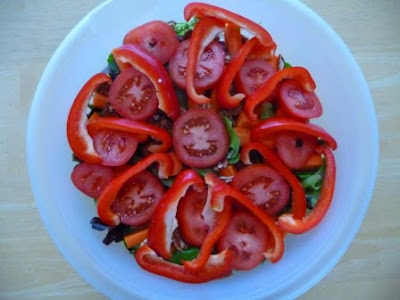 My humble contribution of a salad to compliment an excellent meal prepared by Keith, Edie and John at Kieth and Edie's new place on Kalifonsky Beach. 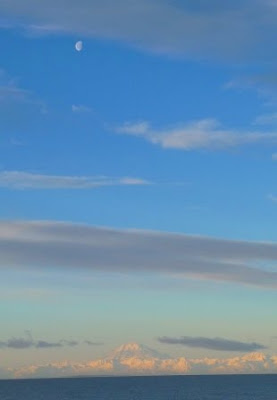 On Friday morning Keith and I took their dog Maya for a walk down the beach where we enjoyed some great views of Redoubt. 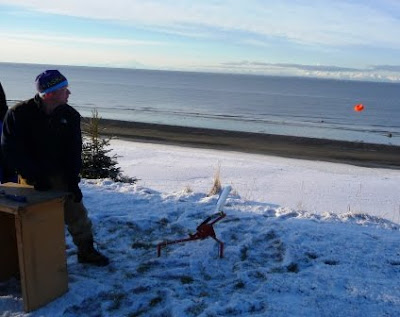 Then the fun began. We set up Keith's new trap thrower, compliments of John, on the bluff in the backyard. It took a while to get a handle on the skeet, and with a couple different guns, each one shot a little different. Once I got a handle on one though, it was a blast, no pun intended. 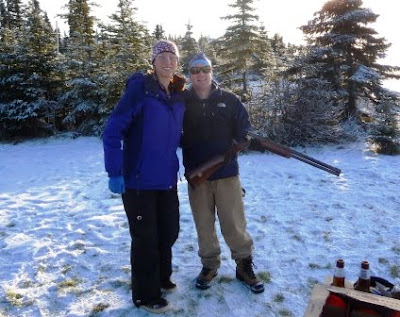 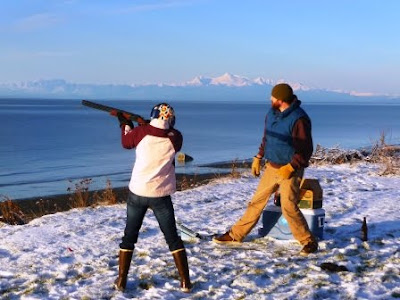 We were soon joined by others including Kyle and Emily, who brought a second thrower. 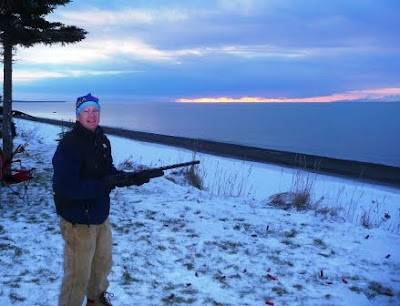 We couldn't have asked for a better day. 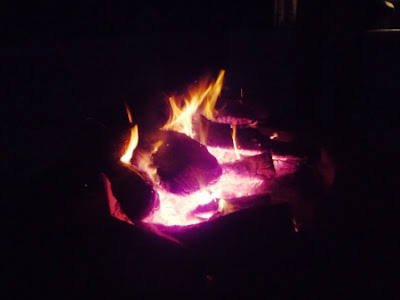 Despite only a supply of wet fuel, Kyle got a blaze going in the fire pit. 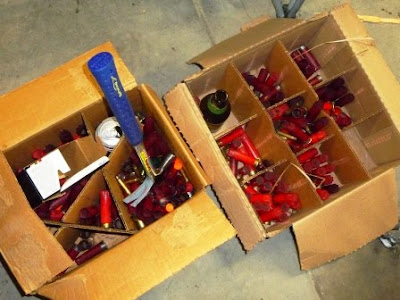