A few weeks ago Baker (LINK) sent out an email looking to see who might be interested in a guys weekend of sailing on Resurrection Bay.
Say what you will about a bunch of dudes on a boat in the middle of the ocean in Alaska, or the sport of sailing in general, but I'd heard about Baker's adventures on his 44' Jeanneau Sun Odyssey sloop, the Tlingit, and was pretty thrilled to get an invite.
I've never really had a very high opinion of sailing. I grew up on motor boats, and boats were soley for fishing anyhow. I've also been known to dish it out to some of my buddies who do sail, making sure to ask them if they remembered their sweater vests and what type of champagne they'd be sipping at the yacht club.
After a weekend of cruising around the Bay, I guess I had to eat some of that.
I was both surprised at the simplicity of sailing, and yet at the same time the skill and environmental adaptation it demands. The appeal was instantly apparent, and in some ways, at its root, is not a lot different than skiing moguls or trees. One the one hand, to do it right, you have to be thinking a few steps ahead while being very present in the now, and yet on the other hand, it's pretty easy to just cruise on bliss.
Also, our crew of seven sipped a lot of beverages for sure, but if anyone had champagne aboard it was shelved for IPA and Scotch. Go figure.
We headed out of the harbor around 8 on Friday evening, bound for Thumbs Cove. 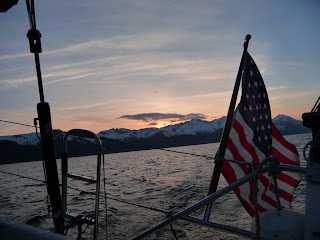 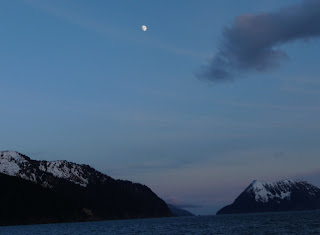 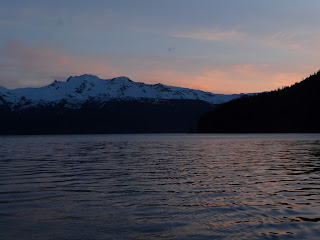 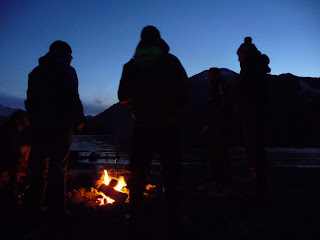 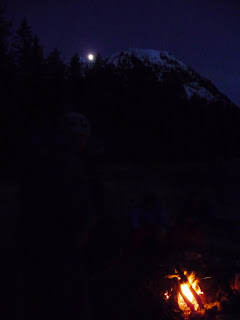 Baker had us up and at'm Saturday morning with french toast, complete with thick-cut bacon and real maple syrup.  I especially enjoyed helping to sizzle the bacon on the the grill mounted to the stern of the boat. Nothing like standing around on the back of a boat deck on a beautiful Alaska morning sipping coffee, sizing up lines on distant peaks, and nibbling on fresh-cooked pieces of bacon.
Departing Thumbs cove we headed for Bulldog Cove. 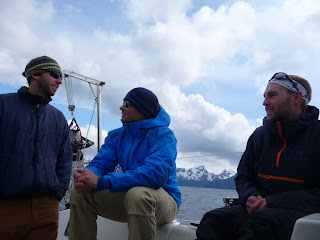 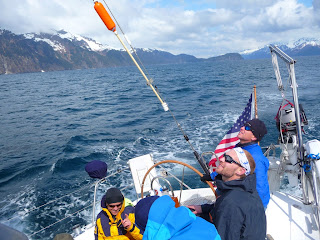 We headed to Porcupine Cove for lunch, and then headed ashore. After combing the beach for a bit, Dan, Connor, and I scrambled through the woods up a small drainage to the bottom of a melted-out slide path. 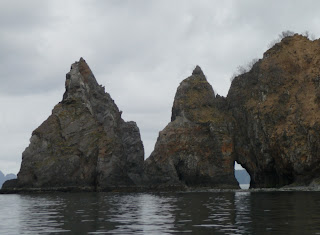 Sunday broke gray and a little bit drizzly, with everyone feeling a little groggy. After a late start, we headed back to port, catching a steady tail wind along the way. 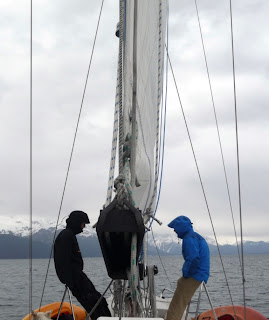 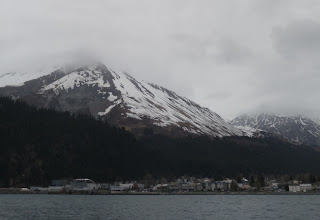 Arriving back in Seward. 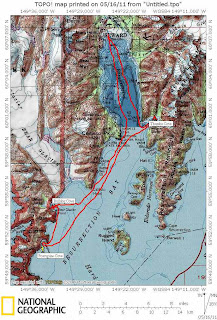 Awesome synopsis of what was one of my favorite weekends in Alaska.

After building a bigger harbor, you're now sailing around in it.

Jeff, your metaphor is a little weak...

You weren't sailing if you didn't sit around the club in Top Siders and khaki pants puffing cigars.