The onset of fall in AK typically means rain, wind, and dimming days. Some years we get a reprieve from the first two (see: the falls of 2009 and 2010), but those are the exceptions to the norm.
Still, the transition season can be a beautiful time of year when we get the windows to ride, and now that I've had a few seasons up here, I've managed to sus out a few reliably good places to hit. 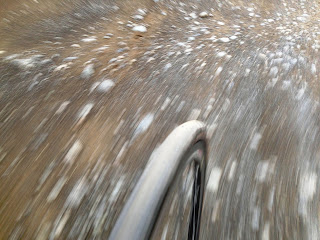 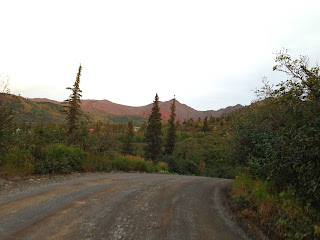 Anchorage to Girdwood (Road)
Just as in the warmer season, you've got to pick your day for this. Winds can be strong, to the point of making this pretty much hell, not to mention it dives toward the weather vortex. I keep an eye on the AK Department of Transportation remote weather stations and web cams along the Seward (see sidebar or this blog), but when the winds lay down (sub 20 mph and not building is my only rule), this is an excellent ride. The shoulders on the Seward are wide for the most part, although sometimes littered in sand and small rocks. The bike path from Bird to Gird is incredibly pleasant, and surprisingly quiet most days. A century can be thrown together pretty quick by riding from Anchorage to Portage Lake. 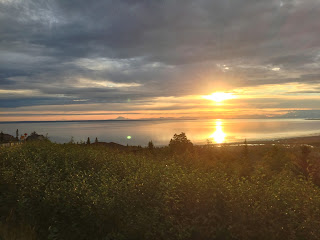 Butte/Palmer (Road/Mountain)
I've always been a fan of riding the Keppler-Bradley trails in the Valley in the early and late season. What I've more recently learned, is that the Valley also has some really great road riding. When I say really great, keep in mind that I'm kind of a snob on what constitutes great road riding (see New England and rural Northeast). One of my favorite new rides is to start at a pull out off the Old Glenn Exit just south of the Knik, and ride the Old Glenn through Butte to Palmer, and then ride from Palmer to Independence Mine and back. The newly renovated Trunk Road has a lot of potential too, with fresh pavement, wide shoulders and a bike path alongside.

Hatcher (Road/Mountain)
Another new Valley favorite is to just do hill climbs to Independence mine and back. Depending on your goals, you can do anything you want or as many as you want depending on where you start. The climb is around 25 miles in length from the base, and it's pretty sturdy.
I haven't checked out the shuttle run single track in Hatcher yet, but I've heard good reviews.
Another fall time classic, is the possibility to do a cross country ski at Independence Mine in the morning, and road or mountain bike lower down in the valley in the afternoon. Snow is obviously a pre-req though, and some years it happens for Hatcher and some years it doesn't.


Russian Lakes Trail (Mountain)
There's a lot of material on this site about Russian Lakes Trail, mostly because it's one of my favorite trails. While this area shuts down in late-June/early-July because of thick vegetation, after a couple good frosts, that stops being an issue. Depending on the year, mid-September seems to be about when this trail comes back into its element. We had a cool early part of September, and the cow parsnip lost their leaves. The Russian is generally pretty well drained because it mostly side hills and rolls over rockier, rooty soils. A word of caution, the area is a pretty heavily traveled corridor for bear, and I have been on this trail in October when it was so littered with bear scat, it might have been hard to identify as a maintained trail had someone just stumbled onto it. Don't expect to see any people out here this time of year either. It's pretty lonely. 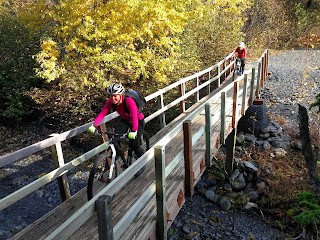 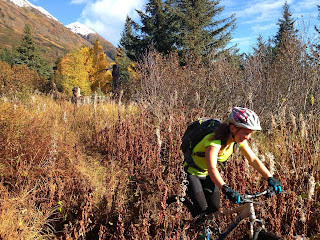 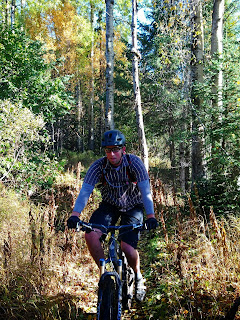 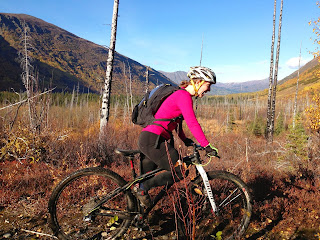 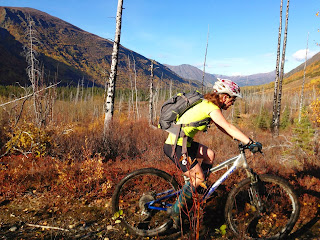 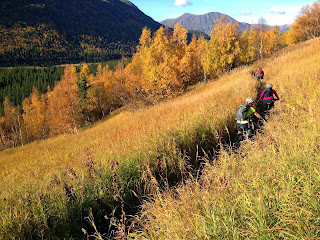 Devils Pass Trail (Mountain)
Not quite as far a drive, as technical, or as lonely as Russian, Devils is also a pretty good bet in the fall. It too, for the most part, side hills, and is pretty well drained. The caveat, is that there are a few soft spots higher up in the valley, and the water crossings can get really torn up from horse traffic in the fall, not to mention that the trail may be littered with horse crap. This isn't to start a rant, but, just be aware that it may not be mud that just flung up off your tire and into your face...than again, it could be bear crap over on the Russian. It may be a tease to ties this in with Resurrection Pass trail. The sad truth is, that lots of Res are muddy if it's been a wet fall. The section from the Devils Pass Junction to East Creek cabin will usually be alright. Heading south toward Cooper is generally not a good bet - as said - if it's been wet. Use good judgement. Adam and I got pissed at the weather in early September and said screw it, and rode Devils-Hope-Devils. We got our rocks off, got a good 60 miles in, had fun, and then regretted t for a week after. Like a good night of drinking, we had fun riding, but the clean up sucked, and really made us both question if it was worth it. In retrospect, we probably should have just ridden Devils-East Creek-Devils, hit it hard instead of "all-day pace," and called it good.


Cross Racing
I don't race cyclocross, it's not my thing, I like riding/racing over distance, in short bursts, I'm no good. I also question any biking that intentionally involves activities other than riding. That being said, it's a lot of fun. For me, it's a chance to go hang out with my pals and help out with course set up/timing/heckling.
I had a lot of fun at the two Arctic Cross (LINK) races I went to. You don't need a cross bike, any bike will do, the courses are hard and creative, and the camaraderie is great. The sport has been growing in Anchorage just as it has elsewhere in the States, which is awesome to see. Most the races this fall had over 100 people in attendance. At $15 their a bargain, and their quick and close by. 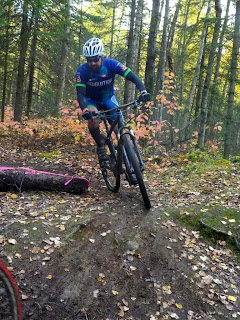 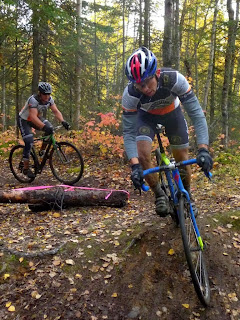 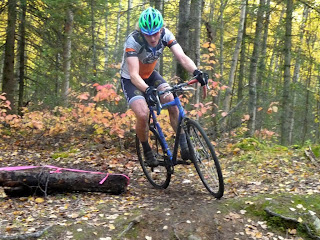 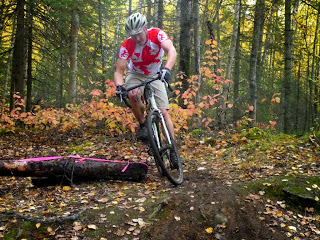