Normally, Kenai rides start with some kind of explosion in my brain muscle on Monday morning. I then work really hard to not bother Adam until Wednesday, if I can make it.
It should say a lot then, that when I called Adam for a long-overdue catch up call on Friday evening, it occurred to us somewhat simultaneously, that we could give the Russian Loop a shot, as ridiculous as that is for the time of year, and shrugged our shoulders and went for it.
The idea was only slightly less misguided than we presumed. The first half went by crazy fast. Low elevation trails were frozen solid, super tacky, with no ice. We buzzed up Snug Harbor Rd in a light rain, but not long into the meat of the climb the rain turned to snow, and by the time we reached the upper trail head we were in something of a winter wonderland.
The snow made it impossible to tell what we were riding on, which ranged from bare ground to a mixture of ice types. Studs or fat tires would have been OK, but regular mountain bike treads raised the sketch factor and seriously cut into forward progress. If we could have said that it was only going to last for "x" miles until we returned to hero tack, we might have toughed it out, but not knowing if we had 2,5, or 10 more miles, was enough to remind us of the initial plan: if the upper trail sucks, turn around.
The descent back down Snug sucked immensely, but once we got the downhill out of the way we warmed back up and enjoyed the rest of the ride.


The trip south provided enough intel for the brain muscle to land on boarding in Turnagain on Sunday.
Nathan and Cody were down, and we headed south.
I was anticipating a 30-45 minute walk through the alders of beer can mountain, probably half of it getting pissed on. We'd ski two laps in the upper trees in descent snow, then head back down into the vertically rising rain line of doom.

As we rose above Portage, the clouds parted, and we found Turnagain Pass enjoying the morning light of a sucker hole; and quite lonely (one car at Tin Can, 2 at Sunburst).
With vis in place, we headed to the latter, where two skiers headed back to Taylor Creek Pass and another solo joined us to the ridgeline with his pup for a run.
It was about a 30-minute hike to skins-on, and the snow went from inches to well over a foot of fresh ontop of the bullet-proof rain crust base rather quickly above some certain elevation. The snow itself was high quality, with the lower layer dense and the top layer cold and dry. Read: loud when you carved hard, billowed big for everything else. Stability was a hairline under bomber. A little wind and consolidation on top of that ice layer could lead to more reactivity.
We stuck around for three runs in conditions none of us expected, with a group of 5 arriving late in the day as we departed.
A fourth run was surely on the clock, but not necessarily in the legs. 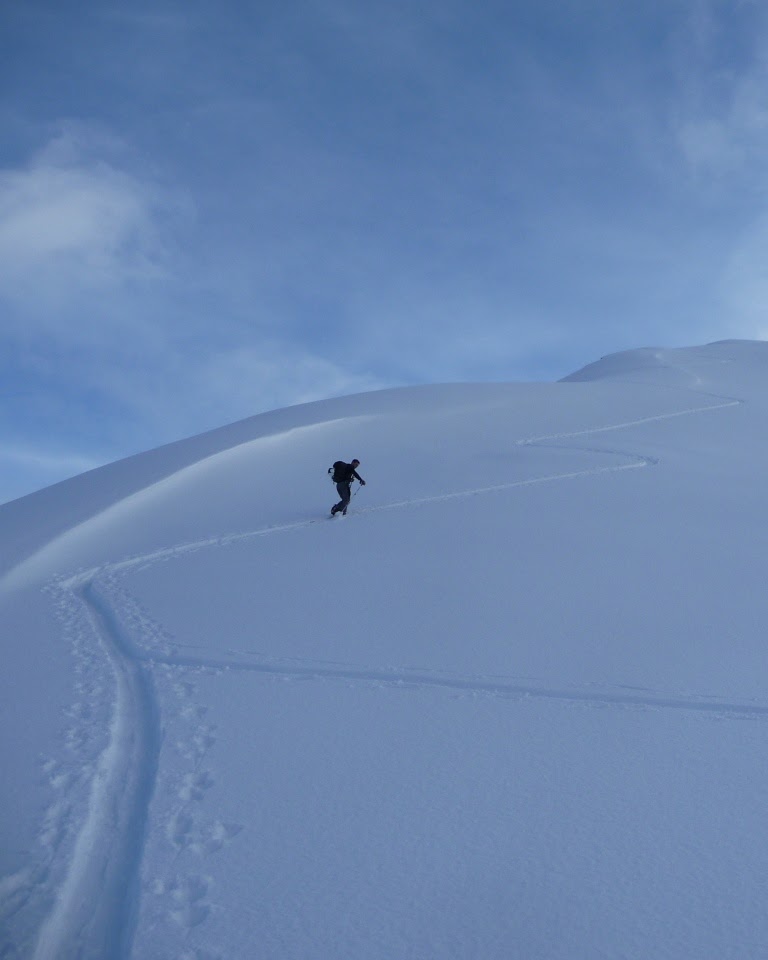 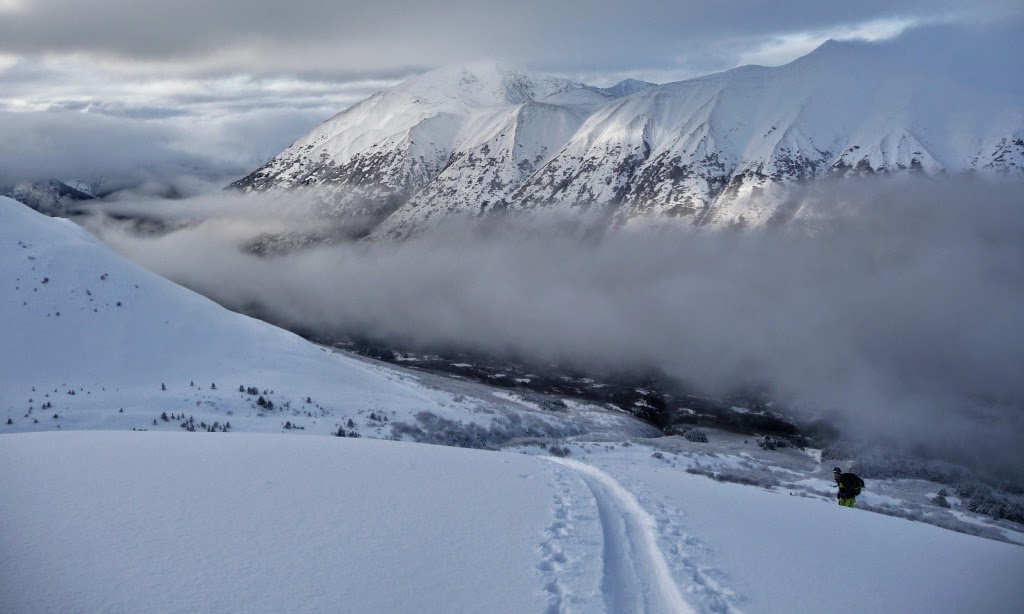 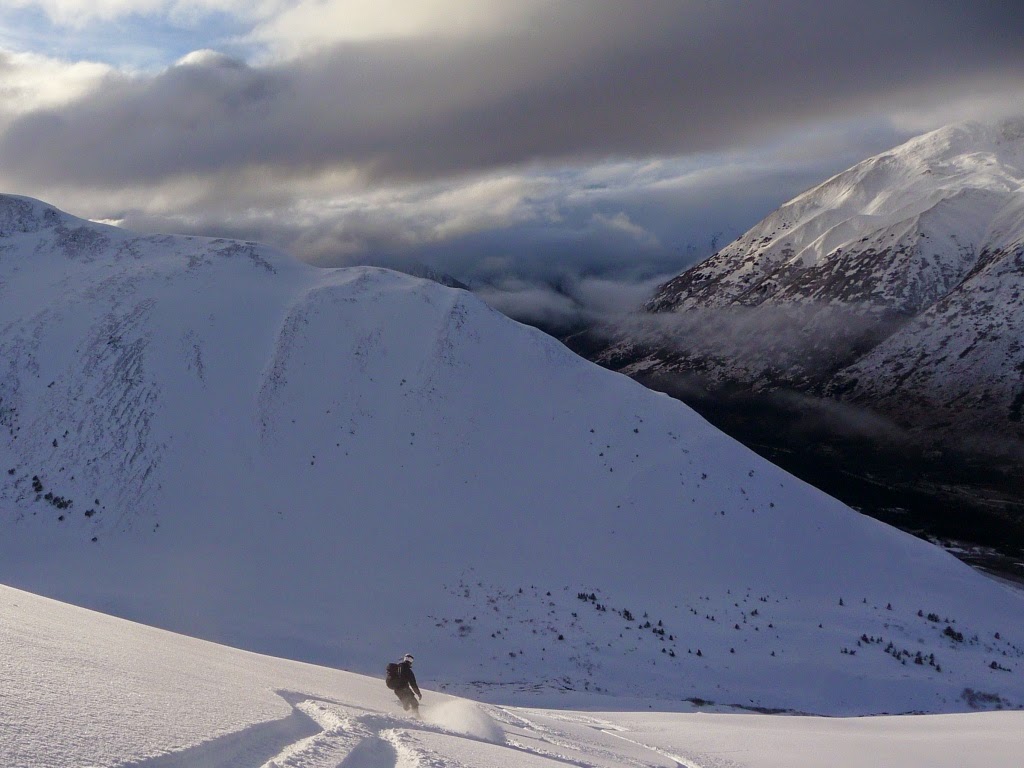 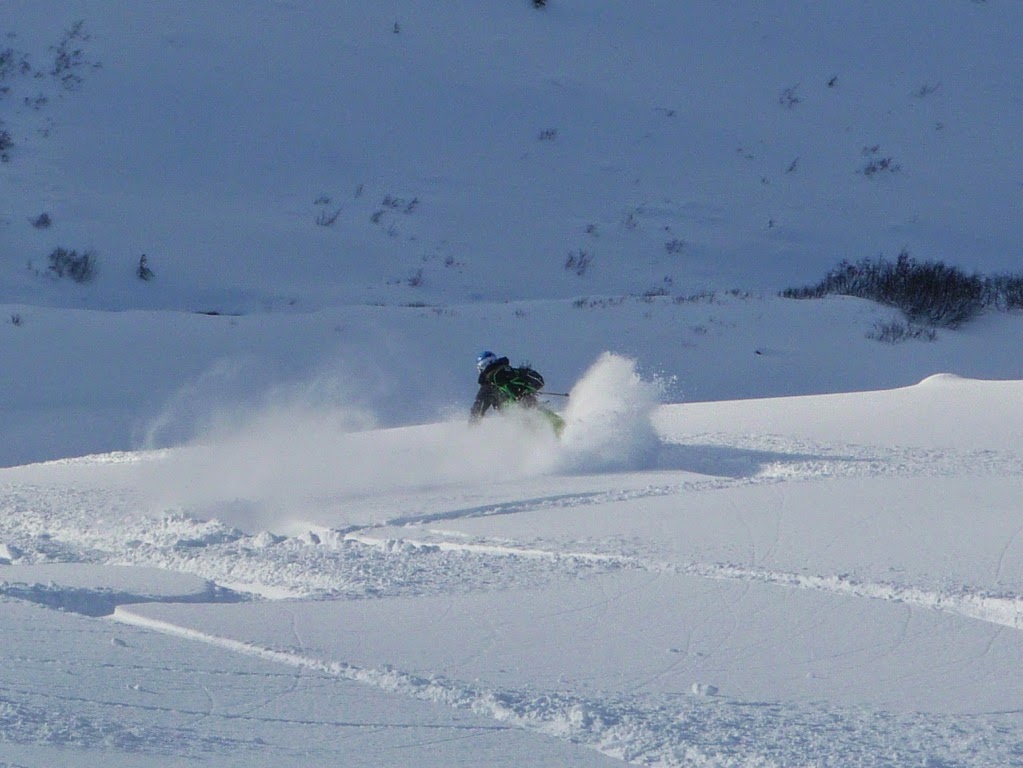 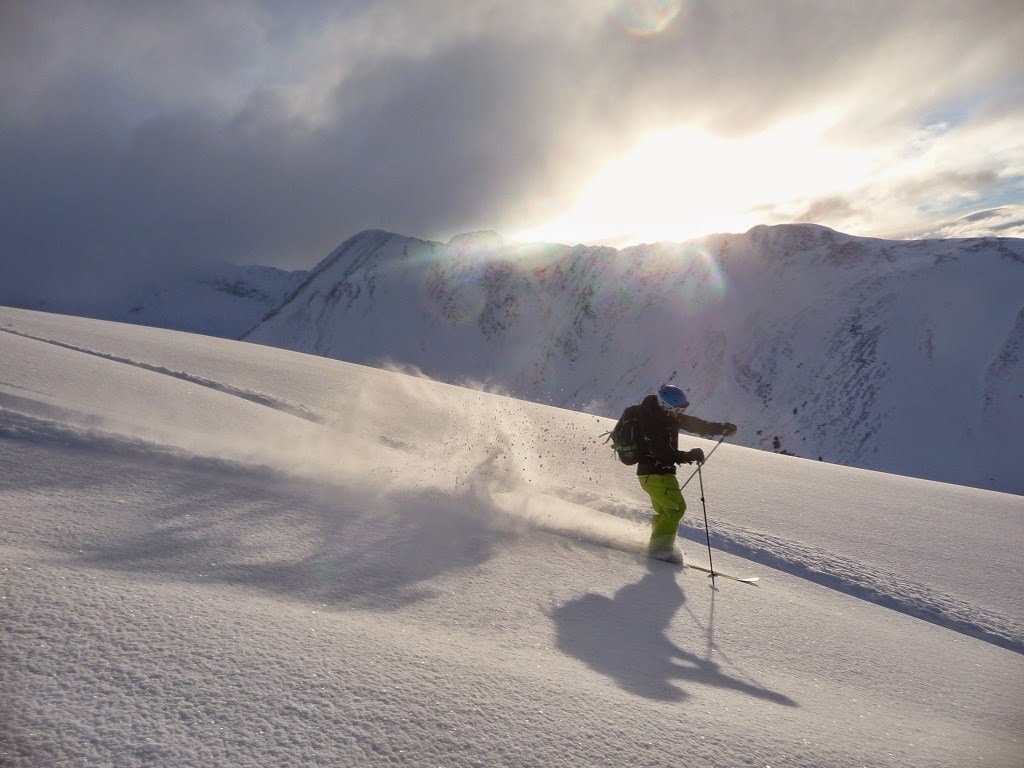 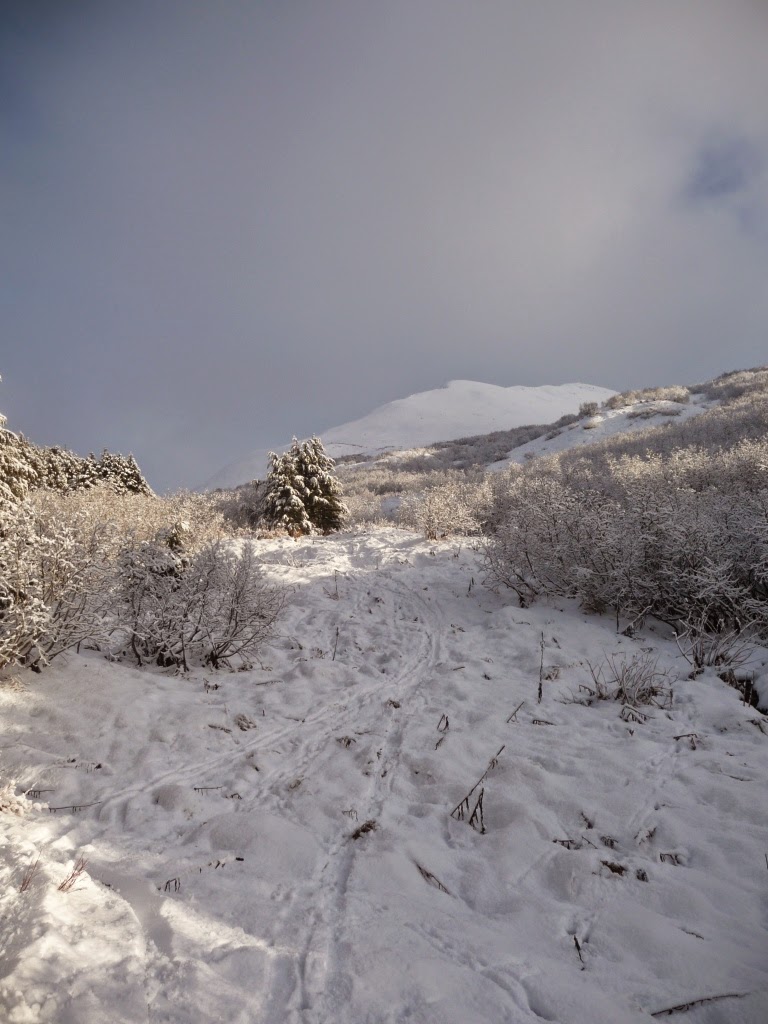 Ya. It felt so good. Just gonna pretend it's October.
Posted by Dante at 10:45 PM