The west half of the October escape plan started October 22 when I left the colorful northeast for bone dry Southern California.
The next morning, the Yeti arrived courtesy of Bernie, highlighting an additional benefit of the versatile EVOC bag: you can ship them just as easy as you can take them through the airport. 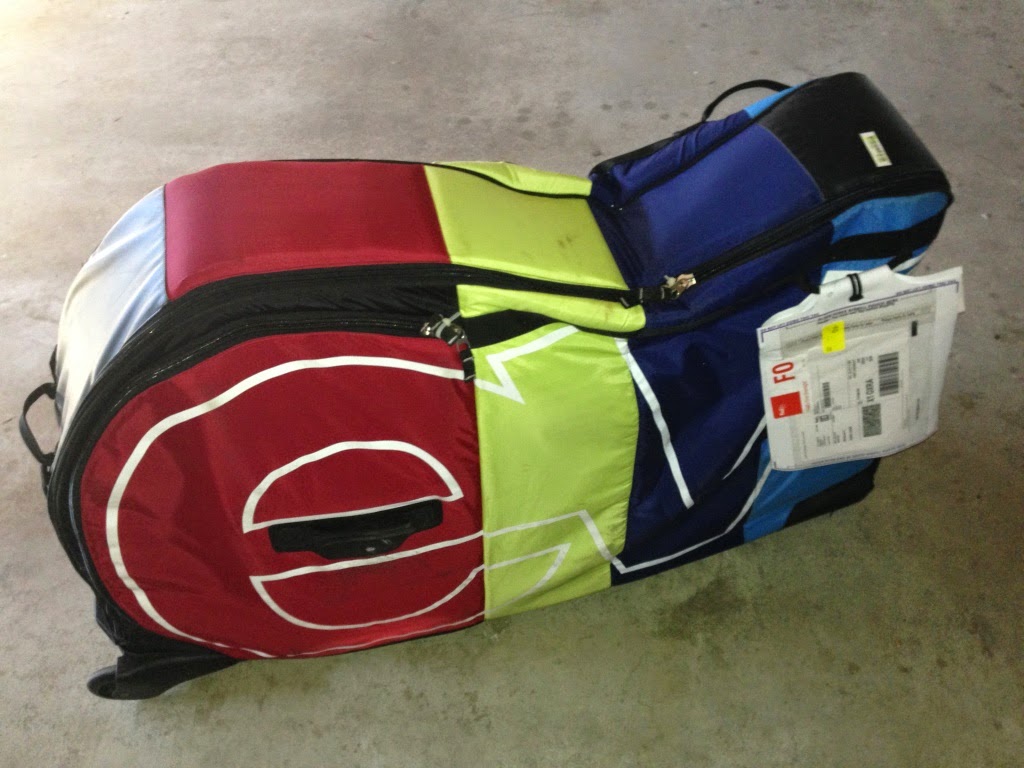 
The last time I saw Tom was riding – of course – Kingdom in May of 2008, a few days before I loaded the Suby and headed north.


We’ve kept in touch, despite Tom’s best efforts to live in some pretty far flung and remote corners of the west lacking cell or Internet coverage.


We assembled his bike and headed down CA1 to Sycamore Canyon.


Sycamore was great warm up ride, we knocked out what has become the standard loop I like to hit there, ending with brews and a sunset back at the beach. Sweet!

The next morning, we headed to Ojai to take advantage of having two cars and plenty of motivation to do the Sisar Canyon-Gridley trail point-to-point.


Oh, ya, this was my birthday ride, and hitting Gridley seemed perfect.


Temps were pretty scorching, I think the computer registered 102 and we were guzzling through our water. 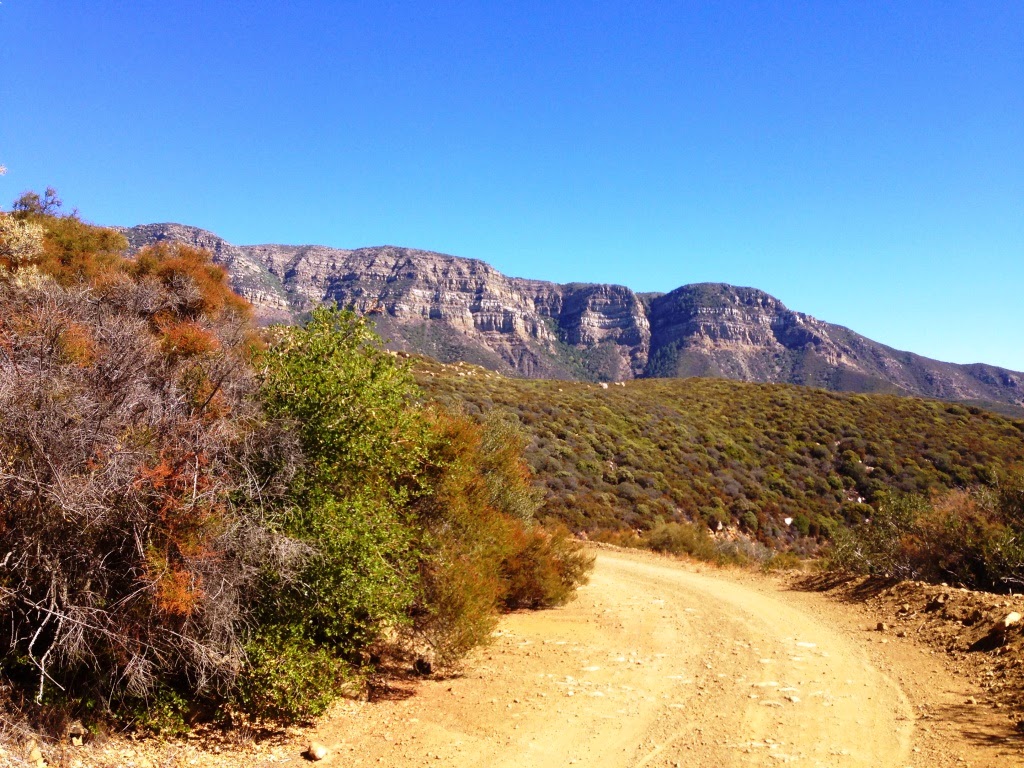 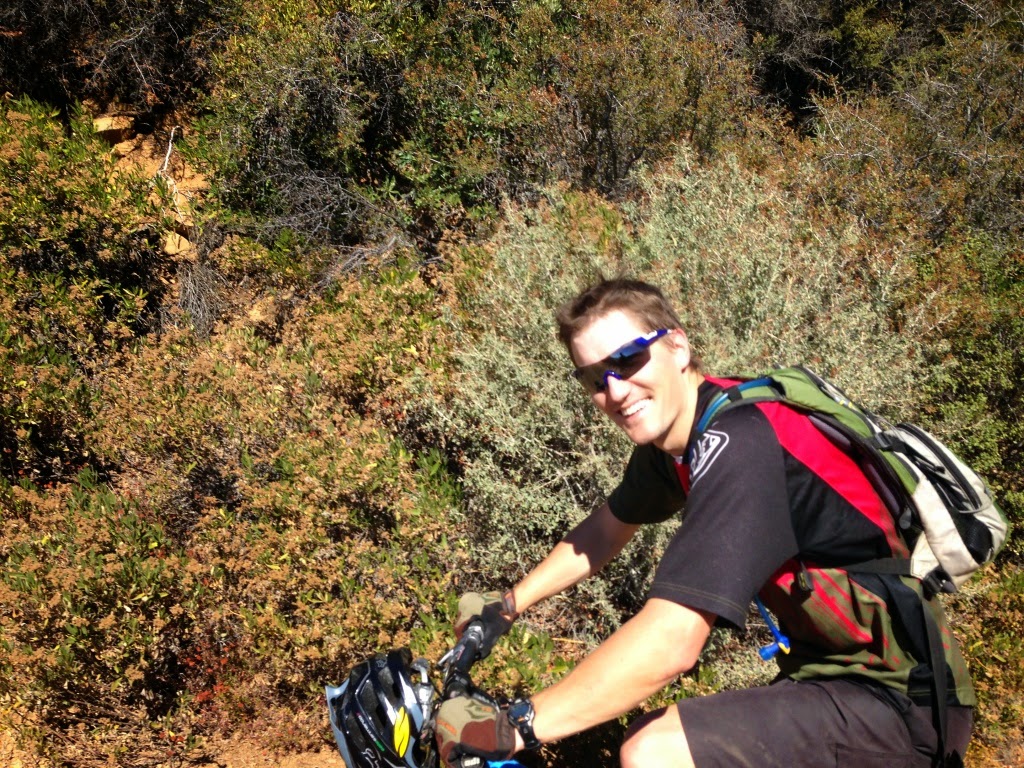 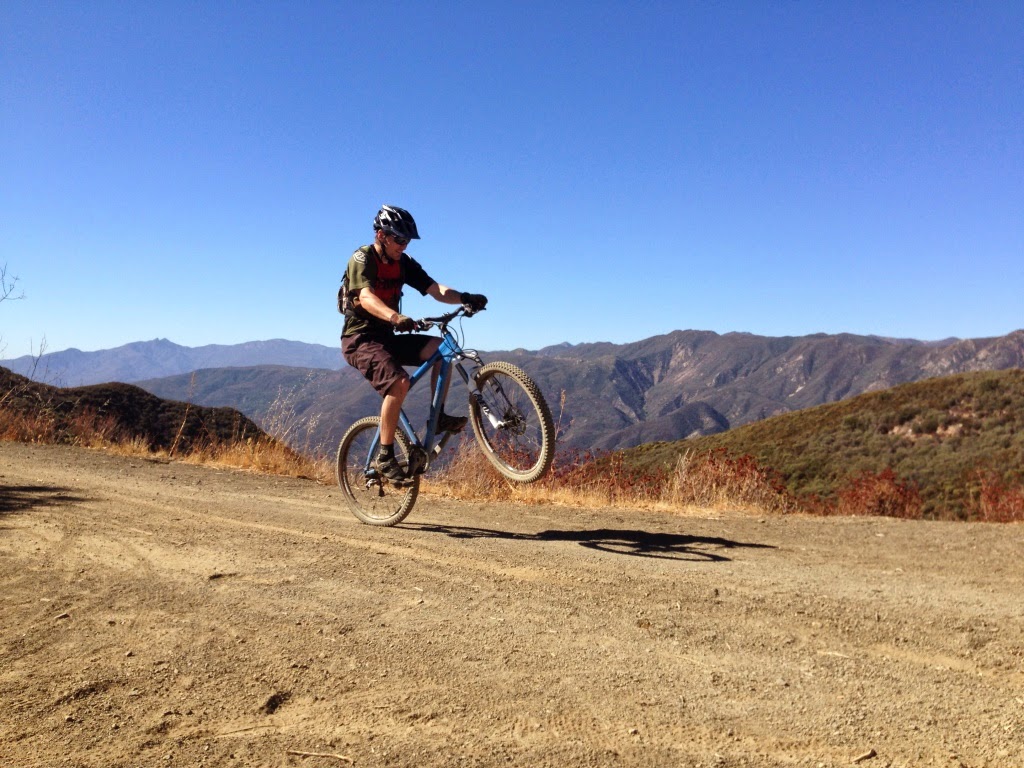 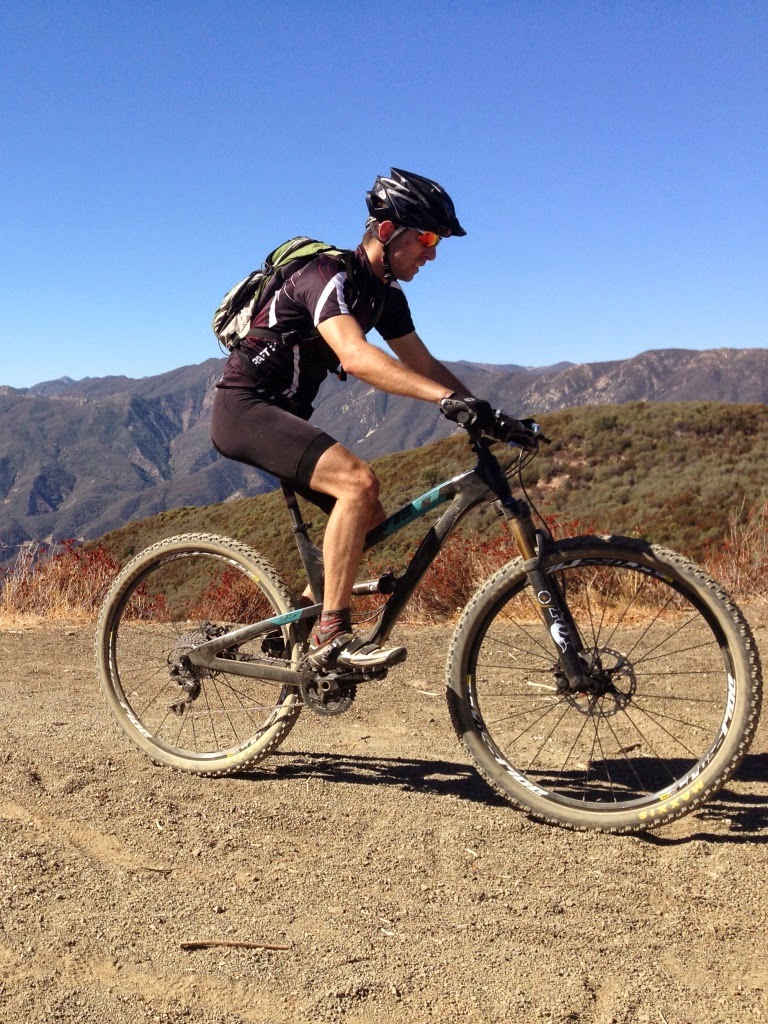 The descent was sweet nonetheless, though in some of the south-facing traverses, it felt like a blast furnace.


A quick text to Narva, who we missed on this great ride, told us to hit up the Ojai Beverage Company for post-ride brews and eats. Thanks buddy!

Saturday we again headed to the mouth of sycamore Canyon, but this time straight-lined up and out to Potrero Road and over to my favorite trail in the area: Los Robles.
A side note: Tom had been riding his 26” Santa Cruz Chameleon hard tail the past few days, and so I thought we might trade bikes for the day. In spring 2005, I loaned Tom my Marin quad-link for a ride one day, his first fully-suspendered. Not long after, he went full-sus himself.
It seemed somehow fitting, that I do the same, almost a decade and so many advancements later.
He was not disappointed by the Yeti’s ride to say the least!
Meanwhile, I hopped back on the TranceX, the first time I’ve been on that bike since last December.
If I was sipping the carbon or the 29r koolaide before our ride, I was guzzling it by the end.
Wow. There were times this summer, frustrated by the Solo, that I missed the Trance.
I still think it’s a descent bike, but it was simply no match for the Yeti. It felt like a kids bike from the get go. As I adapted, I found that I was treating it more like a BMX then a mountain bike. As I pushed it past its boundaries, I would forcefully rip it back into line to re-correct.


It didn’t matter though, Los Robles is a fun trail no matter what you’re on. We spent nearly 5 hours in the saddle before arriving back at the beach for cold brews next to the surf. 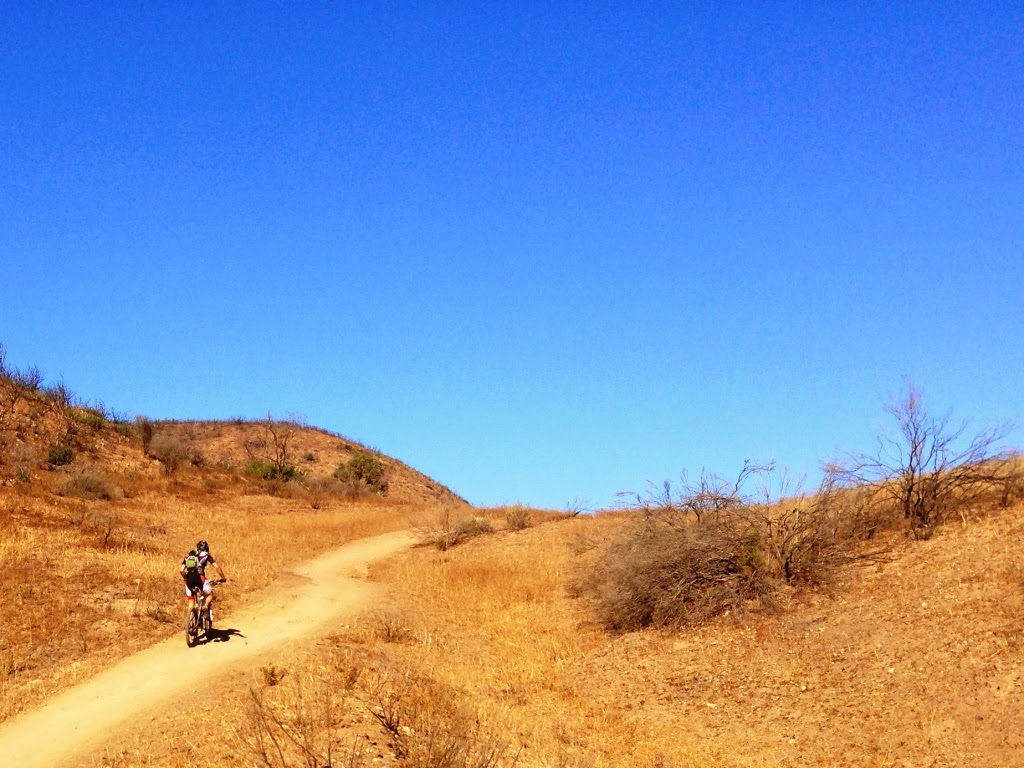 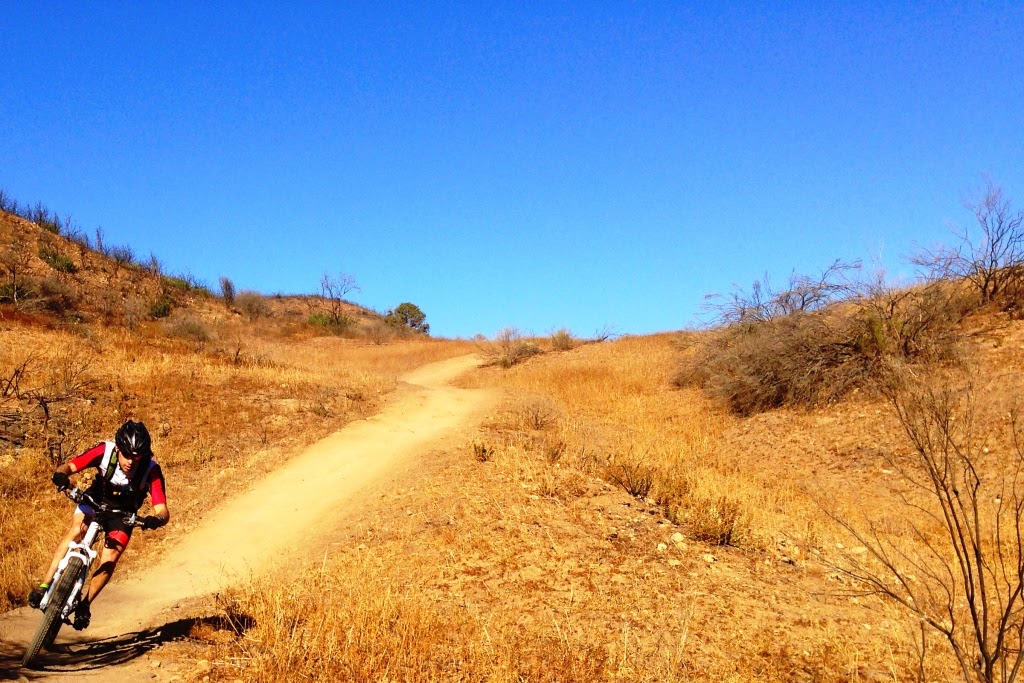 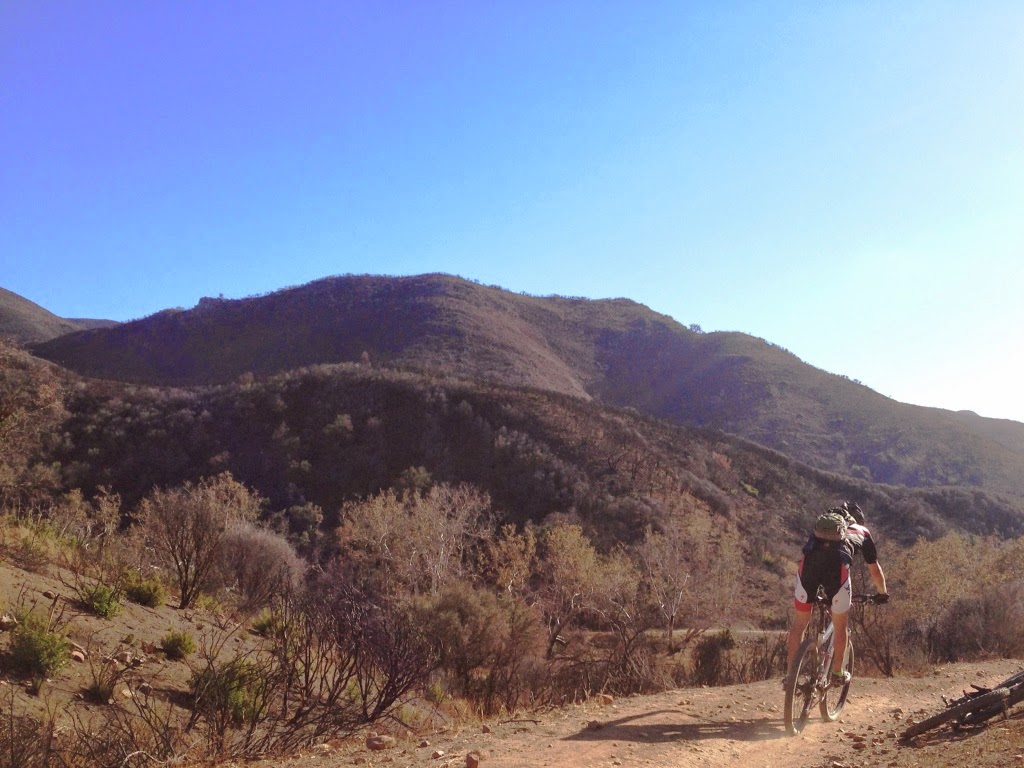 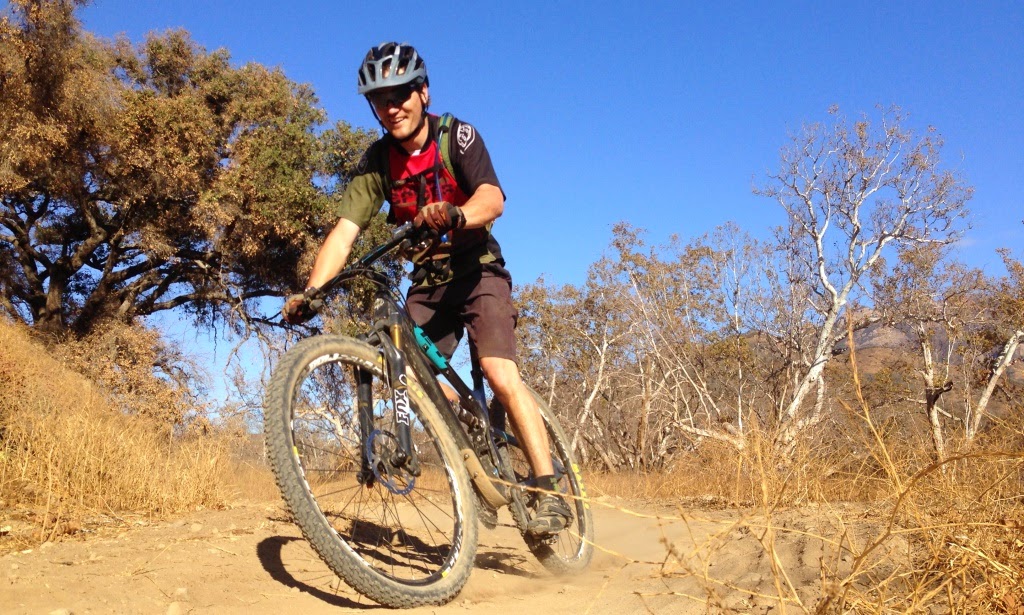 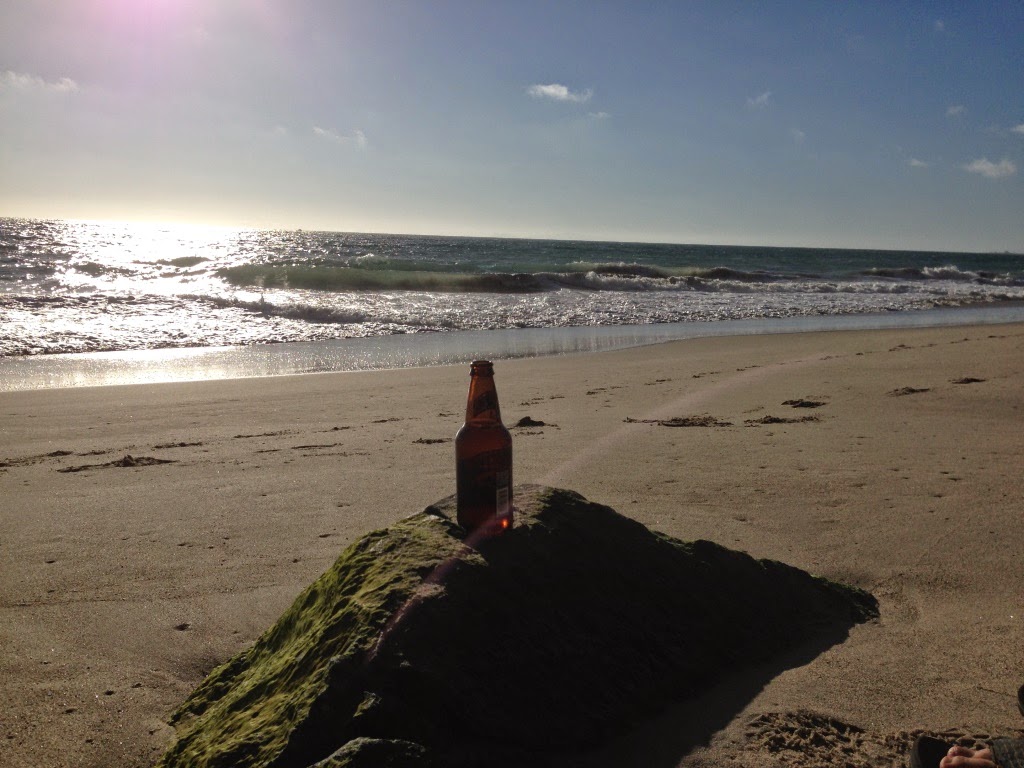 Starved, we pleased the owners of a local Korean BBQ joint when we devoured two platters stacked high with animal protein and a crazy assortment of side dishes they threw at us along the way (it was seriously ridiculous). 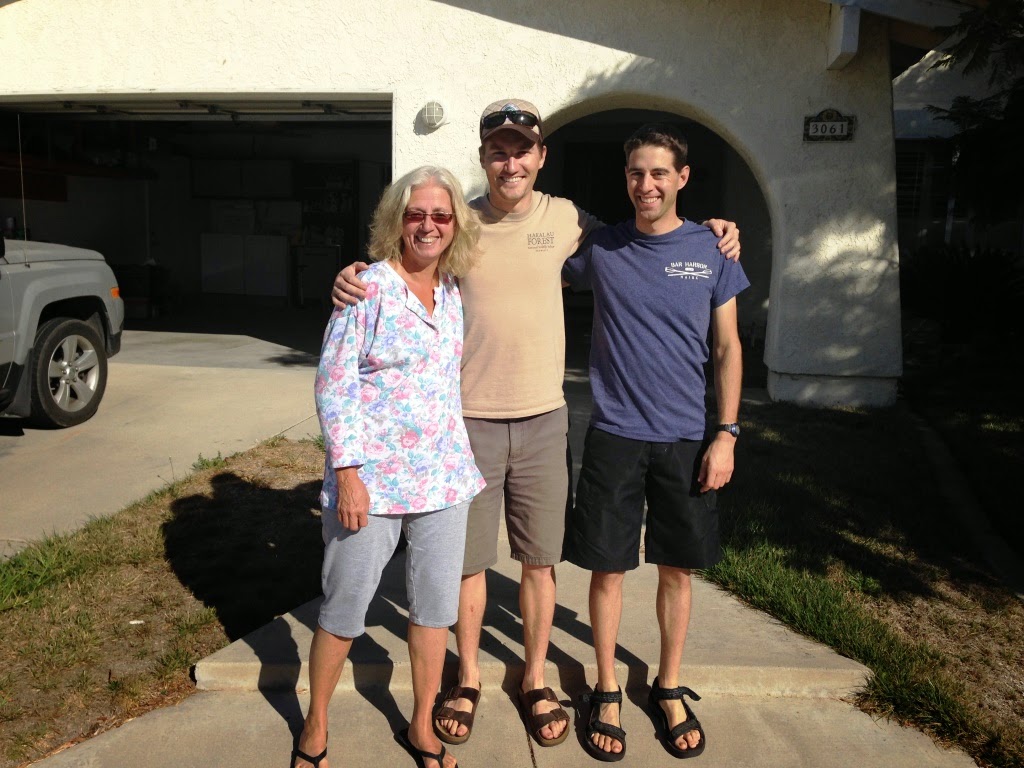 It was so good to get to hang out and ride. It was almost hard to believe that 6 years and change had gone by. We’ve both changed, grown up, a little bit, but the enthusiasm we share for railing trails, well, that’s just as strong as its always been.


Sunday through Thursday I actually did some work, taking a break to ride Sycamore or Los Robles at lunch.

Having some fun on Los Robles
On Friday my mom and I went up to Santa Barbara so I could check out the Santa Cruz trail and she could catch up with a friend.


The SC trail, or Little Pine Loop, is accessed by a 12-mile fire road that gains 3,200 feet. Cloud cover helped to keep temps down on the long climb, and at times, there was even a very light misty rain. By the time I summited though, the skies were breaking back up.

The Santa Cruz trail dumped about 3,000 feet in 5 miles of incredible single track that offered just about everything, often with descent exposure to boot. 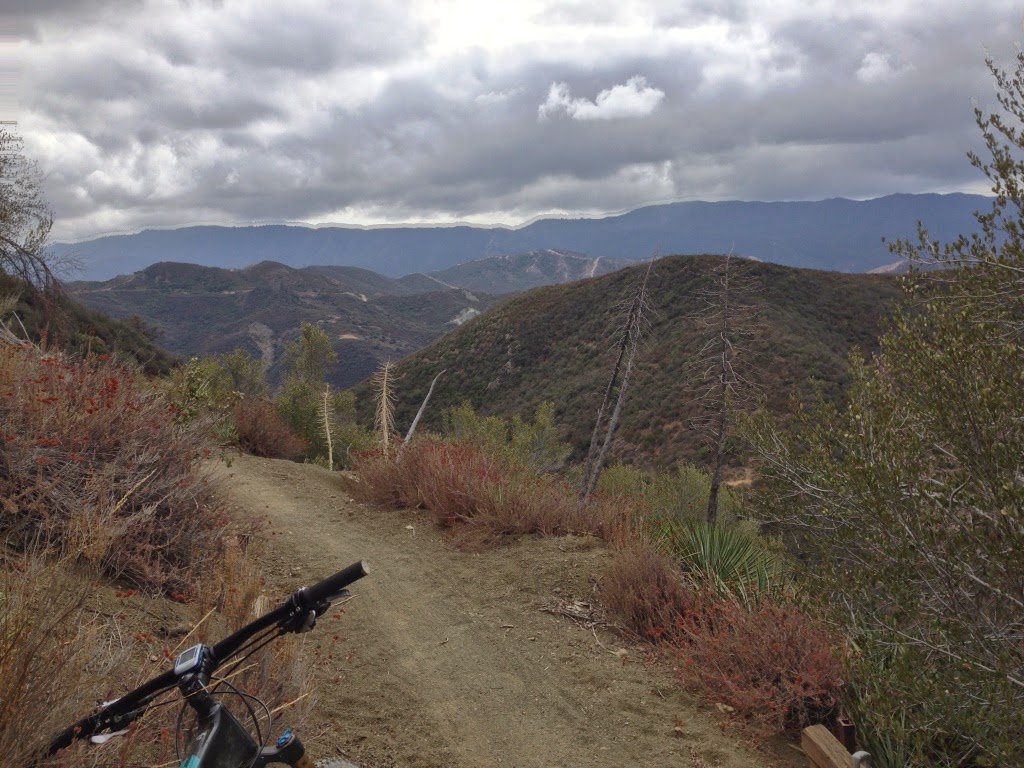 I pointed the rig back up the road for a much shorter climb to the Cameusa Road Connector trail.
The CRC had a bad rap on the Venturacountrytrails web page, but when I passed on the initial climb I saw lots of tire tracks, and had hope.
I was not disappointed. Though decidedly more XC compared to the SC, with a few short but steep climbs, this trail was banked and flowy, with no exposure to speak of. The road ride back was easy. In the future, I'd leave a car down near Lower Osso though.


Friday night, well-heralded rain came through. I would have complained, but the area is in desperate need, and it was pretty cool to see.
Saturday morning, the trails promised to be super muddy (it's mostly clay), so I rented a road bike and went out for a 3-4 hour ride in the Santa Monica Mountains.
Guess what? It did not suck.


Sunday I had to pack up, but I snuck off for a run on some trails closed to bikes in Sycamore. The flight back north turned into quite the fiasco when a computer glitch killed my ticket at the gate (it's a long story). United and Alaska both biffed, but they also fixed the issue, and I made it home 12 hours later than planned. Oh well.