Goblins and ghools arrive early too in Ak


Here are some photos from my hike Saturday afternoon in the upper Upper Russian River Valley trail. It made sense on the rides I did on this 20 mile trail to start at the lower end and ride ten miles in to the upper lake. To circuit it I'd have had to ride a 40 mile loop with 20 miles or road to connect the two, and a 40 mile out and back round trip also lacked appeal. Thus it'd been four years since I'd seen the upper reaches of the trail, though even covered in a dusting of snow, I still found myself recognizing many vistas. The upper trail is equally as gorgeous as the lower, and I wished I'd have sacked up a bit and done the upper on bike too. Ahh well, I'll have to wait for summer.
anyhoo, I originally hoped to ski the upper ten miles, but was both shocked and disappointed to find on my drive into the mountains, that as I gained elevation, the snow pack thinned from a measly 3-4 inches to nothing! The mountains seem to be forcing all the moisture to fall down here on the flats or high up in their crowns, as I didn't find snow again until I'd gained a good 1,000.' The high snow was fine and dry, giving me hope that when it does accumulate, it will be spectacular stuff. 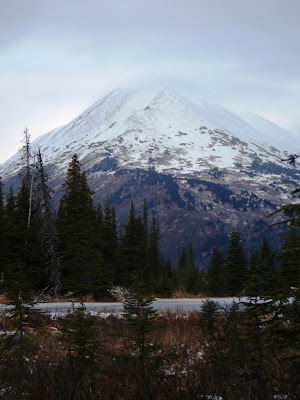 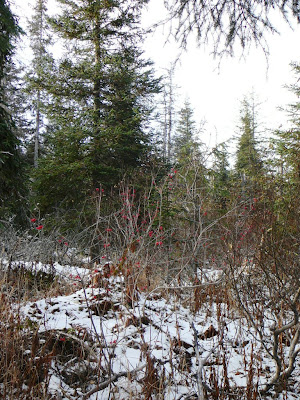 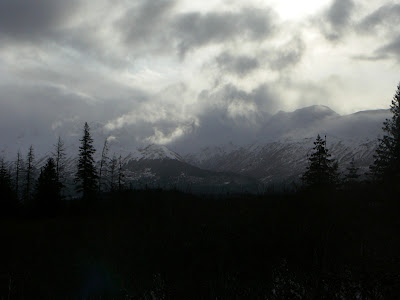 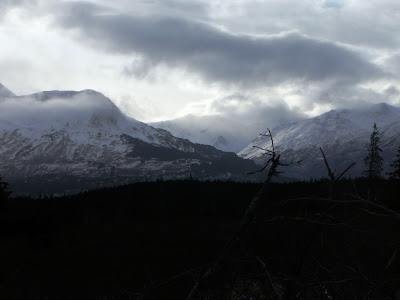 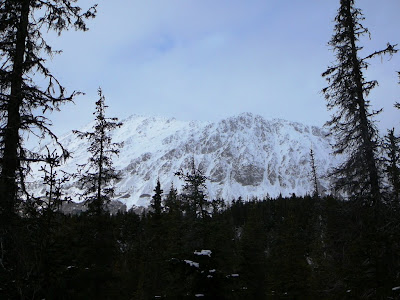 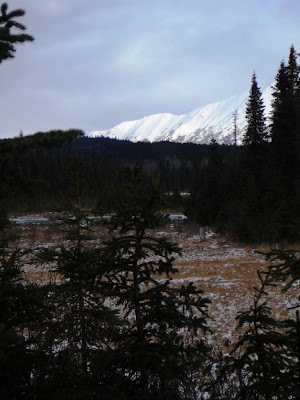 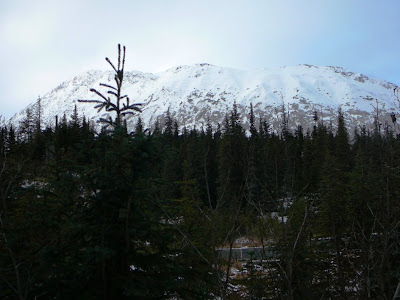 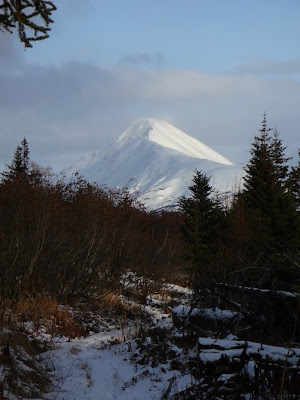 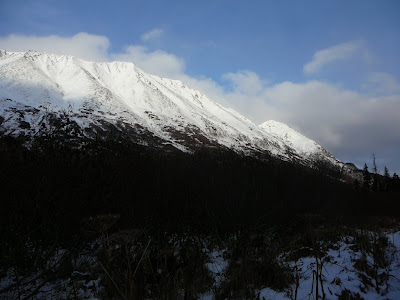 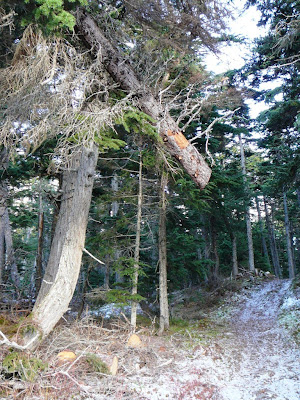 This ought to give a pretty good idea of how much snow falls. The bottom of this snag is a good 10 feet up. Unless Paul Bunyon came through and made this cut, I'd say there was at least a couple feet on the ground. 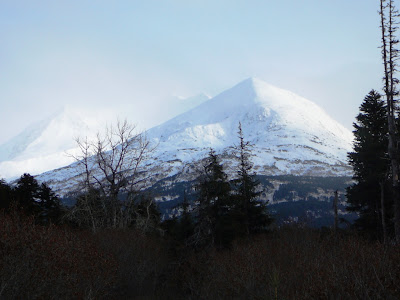 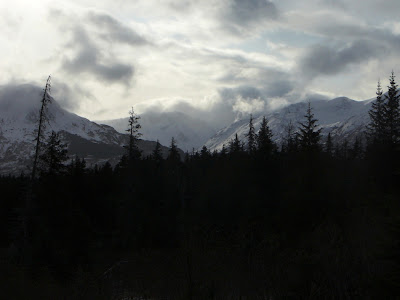 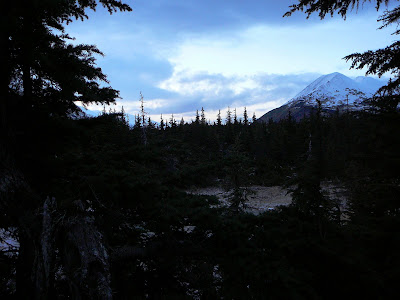 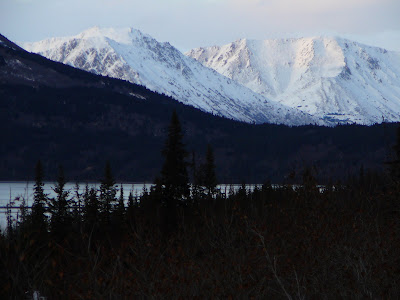 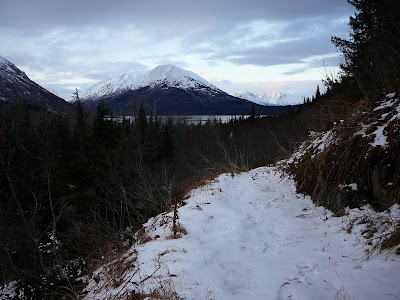 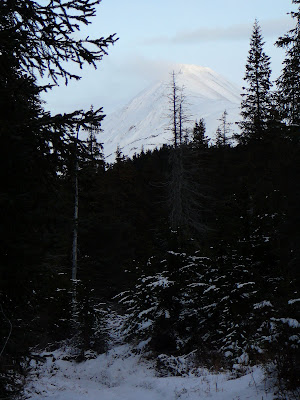 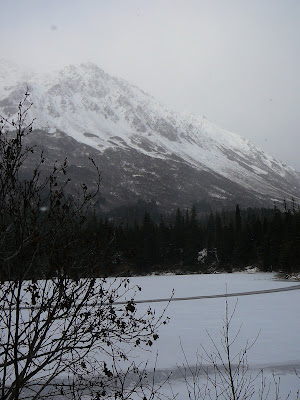 Hey Dante its crazy kev from skidmore. Just read your moose story and looked at the pics. Great tale [I laughed a little myself] and beautiful pics! Hope everything is awesome up there in the 49th state. Sounds incredible. Congrats on the graduation again...wish i could have made it but I had to get back to MA for my painting business. Oh-- a little news from skidmore. Guess who's team just won the HUNT?! That would be mine. We finally did it. And I am once again eyebrowless. Keep the blog going...every now and then i see a link on facebook for it and more often than not i see it. Always a good story, thread or some sweet pics. Take care. Kevin McCreary

Kevin,
Thanks man
That's great news about the hunt, it's about time, you guys have owned that event every year whether the judges have recognized it or not! Congrats bud, it's well deserved