Internet bullying; not just for junior high and myspace 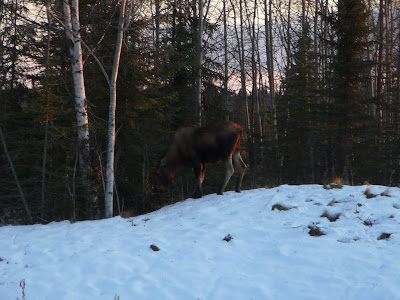 Remember internet bullies, the sun can't shine on the same moose's ass everyday, nor will it continue to shine on yours, you ass....haha sorry 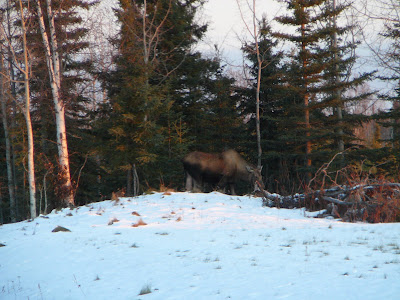 The evolution of online forums, facebook, myspace, blogging and other internet based social forums has made it far easier to communicate, but it's also made it far easier to be an ass.
Any old joe plumber with a keyboard and a phone line can post his thoughts on anything for the whole world to read these days, and in many ways, that's a good thing.
At the paper however, we've been having an issue with one schmo in particular, who's done a bang-up job for making the case that you ought to have to pass a character test before being allowed online. This guy is the definition of an internet bully.
All the articles at the paper go-online after they're published. There, anyone can log on and leave comments about the article.
I have reservations about this feature. It's great that folks get to have interactive debates, raise questions, or bring up additional points, and publish them right alongside the original work. At the same time it severely detracts from the letters to the editor page.
Letters to the editor are one of the last standing virtues of print media. Radio and televised lack this venue, and their attempts to duplicate it are sparse and shoddy at best.
The net is sweeping that away though. Now that anyone can post their thoughts on an article instantly, the days of well thought out rational and clear writing are quickly disappearing.
Many an editor has had to toss out a hot headed inappropriate letter from an enraged reader. Generally however, when writing these letters, a little time and thought is necessary, allowing most readers to cool off, think about what they're saying, and why they're writing. Additionally, most papers require the letter to be signed.
An online post however, occurs immediately after, and it's not exactly breaking news that people might write things they didn't exactly mean or intend to write if they'd sat for a moment and thought about it. More importantly, they can do so with fake names, allowing them to lash into those they disagree with, with little concern of being identified.
That's been a particular concern at the paper, where one repeat offender, who may on some days publish more in comments then I do in print, has torn into readers opposing his views. Recently he cut a deep gash when he brought up the personal matters of the subject in an article that were otherwise unmentioned in the story. The victim, who hadn't read the story, got wind that this information had been brought up in the article, and called the reporter in a rage. It was pretty quickly realized what had happened, but the damage was already done.
Meanwhile, the jerk online was busy scolding us for making the victims life even harder.
I think his days posting on our site are numbered.
------
All summer we wanted sun, and now, its here, but all I want is snow! It's been pretty bright here for the past week and the snow's getting tough and fast. The skiing's been ok, but with such a thin covering, it's getting bare and unforgiving.
Now that we seem to be getting some sunny weather, I decided it was about time to get a shot of sunset over redoubt. It's a really a perk to watch the sun glow off this peak at dawn and dusk 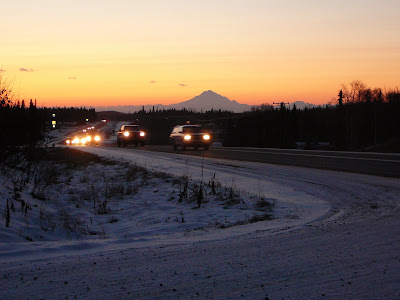 So what happens if an internet bully starts bullying you on your BLOG (dun..dun...dun)