Prince William delivered a good foot of the white stuff to the eastern peninsula last week. It's still bone dry in the peaks on this side, so I treked over to the Seward Highway on Friday.

Originally I thought I'd go to Turnagin Pass,an hour and a half toward Anchorage as they apparently have 25-30" at the highway, but when I got to the junction of the Sterling and Seward, I found 8-10" right there. I headed a few miles in the direction of Seward to the southern end of the Johnson Pass trail. The gradual climb made for an excellent first back country xc ski of the season. Down low it was still a bit boney, but as I climbed coverage increased. No one had been on the trail since mid-October, so I had the place totally untracked. The dry powder isn't too bad, but breaking trail is still breaking trail. The ski out was a real treat though 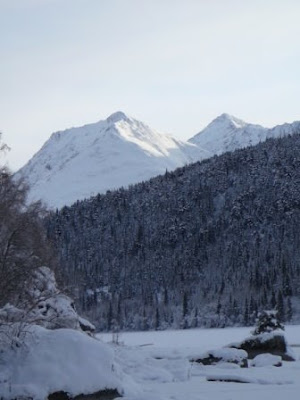 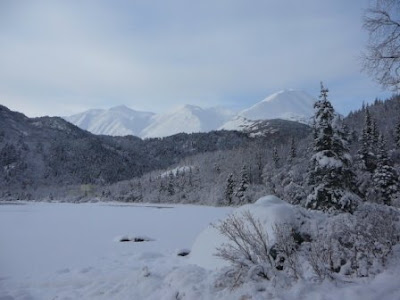 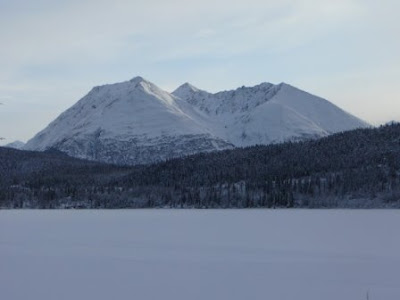 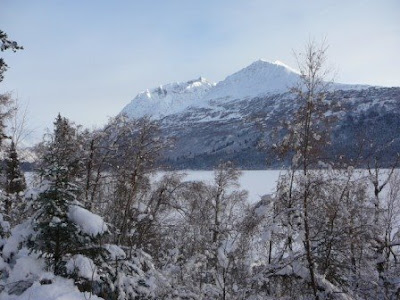 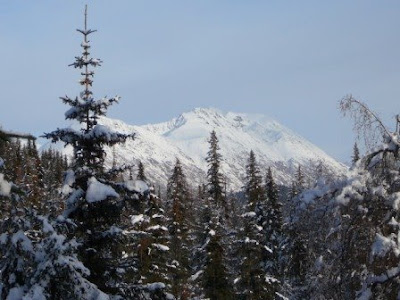 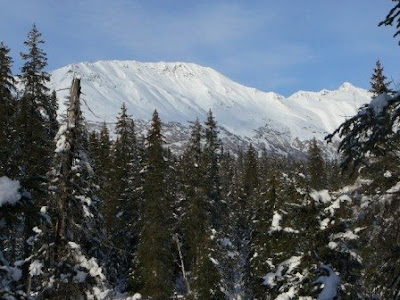 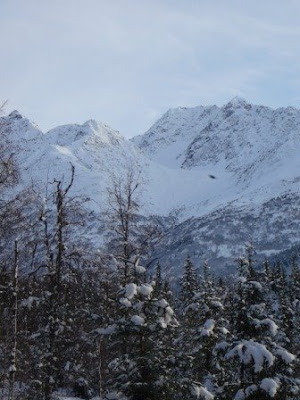 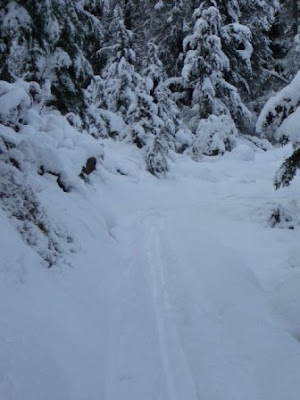 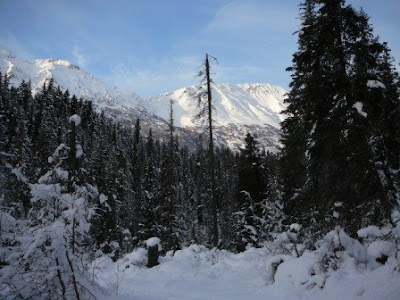 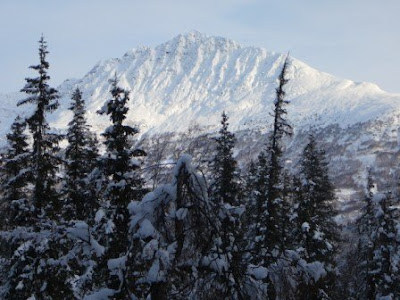 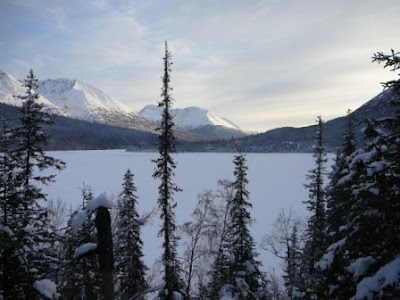 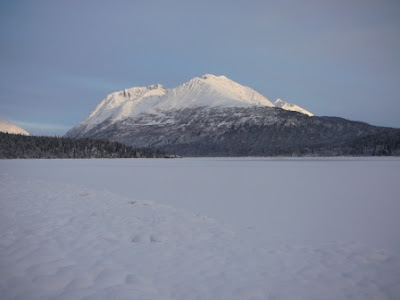 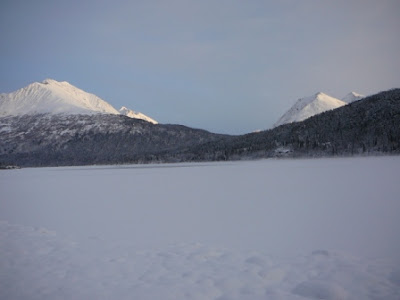 I was so happy with Friday's ski I decided almost immediately after that I was going to go back for more. This time I went into familiar territory across the street to Carter Lake. I knew the steep switch backing trail up wasn't going to have enough coverage for a safe descent, so I threw my skis on my pack and snowshoed up to the east end of the Crescent Lake Valley. Once the trail flattened out, I popped into the skis. Past Carter Lake I was on my own and it was back to 'sklogging.' The going was pretty slow but the skys were pure bluebird and the valley was absolutely silent. I hoped to make it to the still unfrozen shores of Crescent Lake, but I lost the trail after a bit and dead ended myself on a small rise blocked by some willows and a still unfrozen creek. With the sun at it's height of the day and the lake within a half mile, I decided to call it a day and enjoy the warmth. 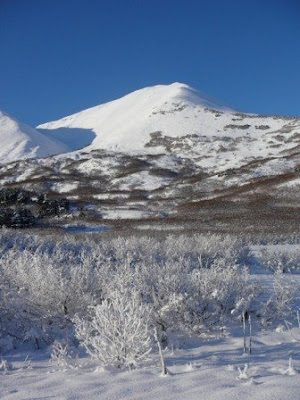 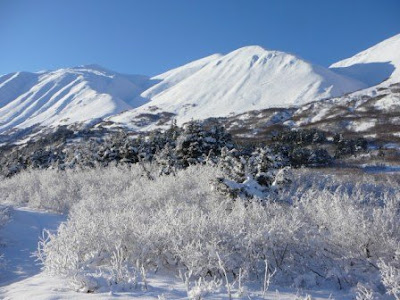 The southern shoulder of Wrong Mtn 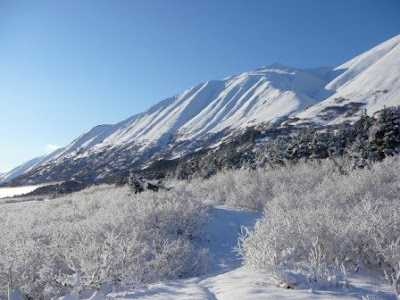 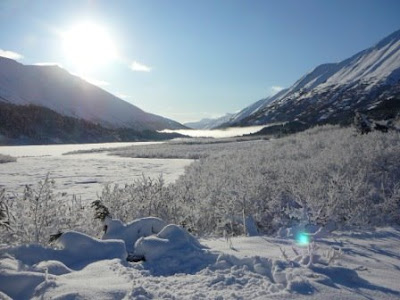 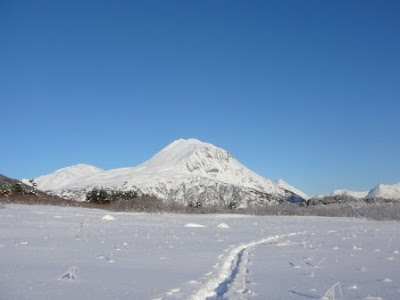 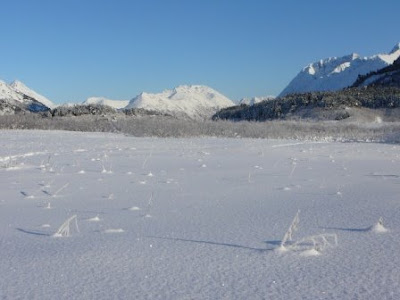 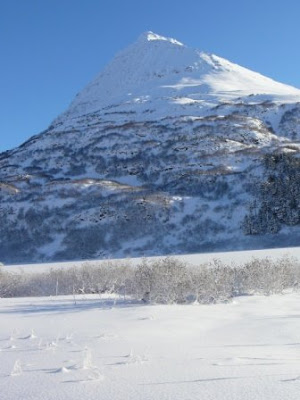 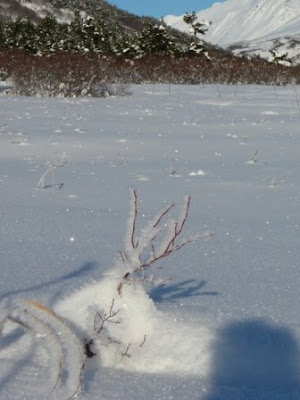 The cold night air has been creating heavy hoar frost formations. The frost makes the snow pack extremely unstable when is sucks out its moisture and creates a thick layer of the crystaline 'rotten snow' atop it. I stayed in the valleys this weekend as massive slides were being triggered on almost any slope from but the slightest provocations. Even as I skied on the flat the weight of my skies would collapse the snow around me with loud 'whumpfs'. 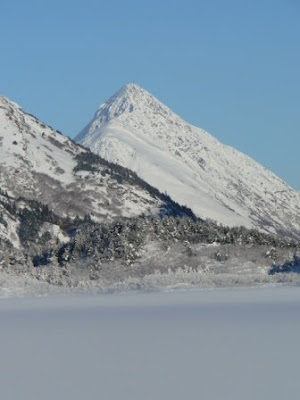 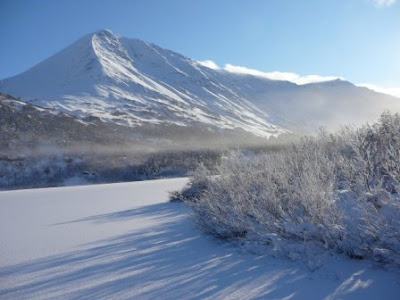 The ghostly ice fog begins to drift out over Carter Lake 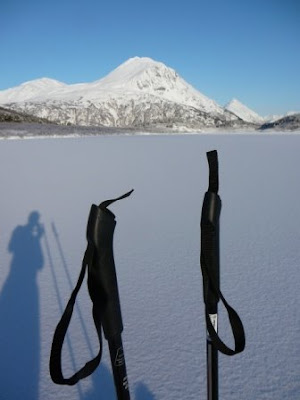 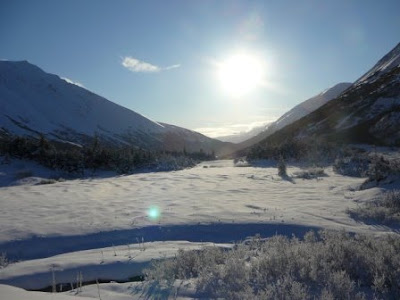 The shimmer of Crescent Lake is visible about a half mile distant. This is the height of the sun at mid day. We just went under the eight hour mark last week. This weekend the sun will rise just after nine and set a bit before 4:30. We're getting there now, but this weekend's weather made it hard to notice...or care 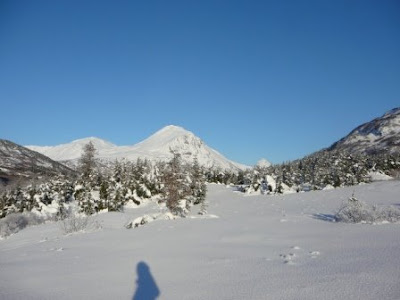 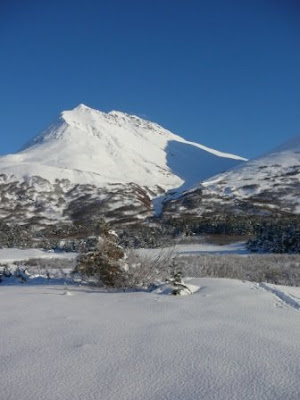 A different aspect of LV Ray

oh so that's why you're still there...