Snowtel sites across the Kenai Mountains reported the first significant snowfalls of the season this week, with a bulk load coming in Wednesday night via Prince William.
Down here in the lowlands, the first fall of the season came Monday night, and when I awoke on election day, well, let's say, I didn't have much of a decision to make.
While only an optimistic 2.5" covered the ground in Sterling, it was voluminous snow, and the warm sun came out, quickly nuking the top centimeter giving it a nice crunch.
I popped into my rock ski/classic fish scales and headed up the hill for a 45 minute or so tour around the neighborhood, making use of stray tire tracks as a classic track and working on getting my stride back underneath me.
The bright sun, snow covered trees and white washed roads were just what I wanted to see.
Since then, it's sort of precipitated every which way between snow and plain rain, but there's still snow on the ground, and there's no better base than a bomber layer of white ice, so,
GAME: ON. 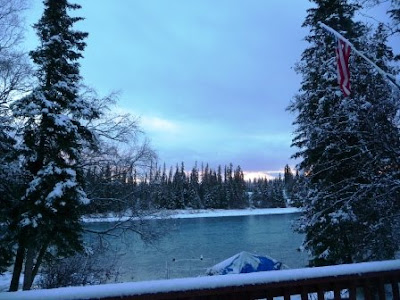 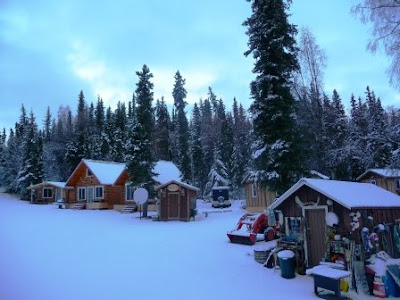