The dry spell continues, but winter persists, with temps dropping daily. The pseudo mercury has not climbed above the 0 mark in the "F" column of the thermometer on Lower Hillside in a few days.
Down in Sterling, temps dive even lower during the cold, clear nights.
Josh O and I got a leisurely start on Friday at Tin Can. On the drive down my car recorded a low of 17 below in Portage. A 30-degree inversion was in place between sea level and the ridge lines. We had all of 1 degree above in the parking lot, where only two other cars sat idle.
Though the mountain has been skied hard in the previous weeks, we trekked to its northwestern flanks and found lots of fun gullies and many roll-overs and ledgy slopes untouched. We saw no one else all day.
The snow is a solid layer of facets to the ground, but supports boards and skis well, making for some fast turns higher up. On the exit, even with fresh wax, the hard-packed traverse was slow and grabby.
Despite the cold, we felt good about getting in turns, knowing that the future of our season is looking more and more disastrous by the day. 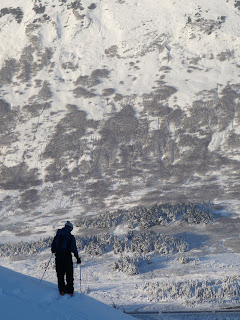 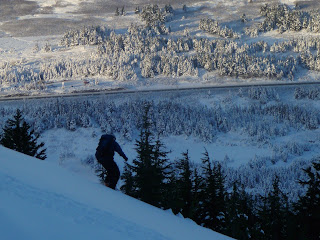 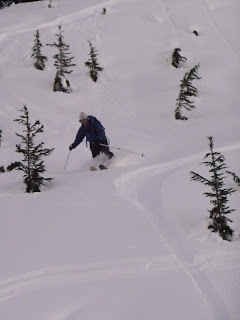 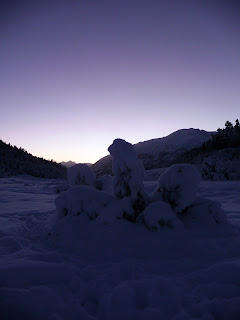 After skiing I headed to camp. I promised to help Joe set up, run, and take down the Christmas banquet for the Guide Association. Mid-day, we ran back to the lodge and I snapped a few pics. There's a bit more snow down south, though not a whole lot. 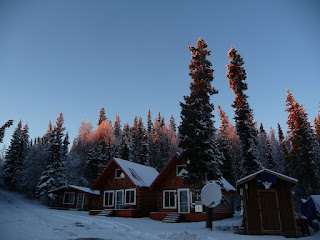 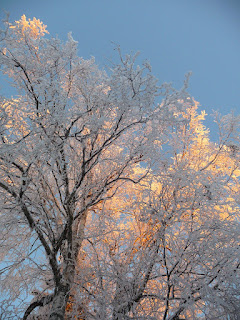 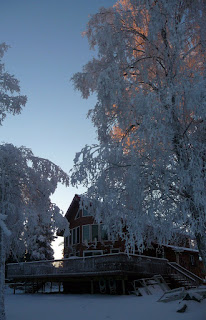 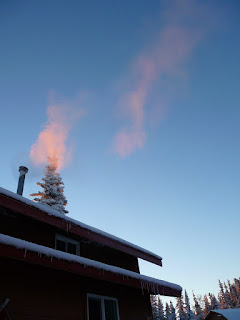 On the way back from the banquet we could see the northern lights. It wasn't a spectacular display but it was easy to view.
Back at camp a bit later, they had died down and the full moon was up and bright. I snapped a few other shots.

The next morning I went to Headquarters Lake, where Bill has groomed a wide skate lane and a double-set of classic tracks. Despite the deep cold (it was negative 2 to start, and reached a high of only 4), lake snow seems to retain some moisture or warmth from the water below, and doesn't get quite as grabby as snow on dry land might in these conditions.
The skate skiing was still a bit more grabby than it has been on Sand Lake, but the change in scenery, longer circuit, and added company was very nice. Adam joined me for 10 laps, or 22 miles, and Kjell joined us for about half of that, having already done more of a workout that morning than most people would do in a week. Along the way most of the crew was out, though the cold temps and a need to get on the road kept me moving more than talking. There is something to be said for familiar territory and familiar faces. 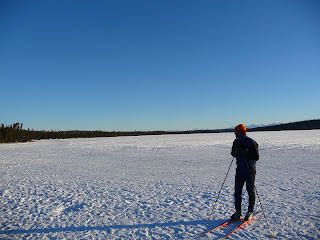 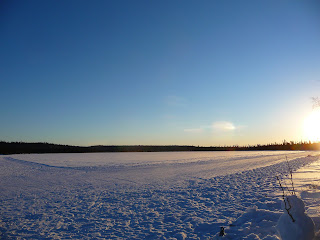