Getting with the VeeTee

Somewhere in Philadelphia International Airport, clutching a cold beer in one hand and the most expensive (per pound) turkey sandwich I've ever had in the other, I got punched in the face. For the last 14 hours I'd been in some type of haze, nodding in and out of consciousness as various tubes transported me at 30,000 feet altitude from West Anchorage to the southwest U.S. to the decidedly east, City of Brotherly Love. Only two more hours of layover and airtime separated me from my final destination.
The punch in the face came from an unlikely source though, it was solar.
The big airport windows were flooded with the light of a descending orb that was unrecognizable to the one I'd seen several hours earlier.
I was with it.
There was no snow in Philly, but my plane set down on the heels of a warm and windy fall storm that had ended with a feathering of light snow in VT.
The long-range forecast for VT when I left AK looked bleak, and I tried to mind erase memories of my last visit (LINK), where I swooshed around the trails on skate and classic skis on a pillowy and deep cover of snow.
I rolled the dice, and decided to leave behind classic skis or rock skate skis, taking only the good skate skis and assuming that I would only get to skate around on the local ski hill's rock hard man-made ice. I also, brought clothes for lift-serve, and on my first day back, went to the local ski shop and rented a pair of carving skis and hard boots.
Snowboarding seemed like a guaranteed disappointment, but turning on two edges for the first time in 12 years...that sounded interesting.

Conditions at "The Bush" weren't all that bad. The sun was bright and warm - but not too warm - the snow mostly soft, and skiing, and I do mean, skiing, was great. No one said I looked good, but I kept off my backside, except for one run where Tony body-checked me while launching off an exposed water bar. The language war that ensued assuredly cost the resort some repeat business from the quaint family that watched the incident just above us. 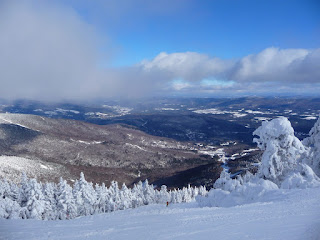 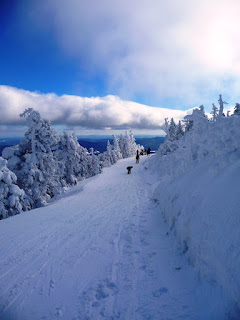 One of the hard and fast rules of east coast lift serve skiing is that you never go in the lodge, except for emergencies (e.g., to get a replacement pole after getting body-checked by your brother). This means skiing through lunch when the trails are at their quietest, and eating later in the back or your rig. 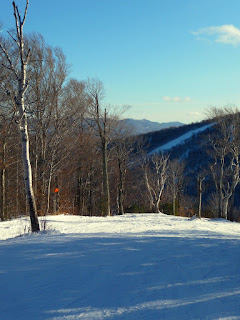 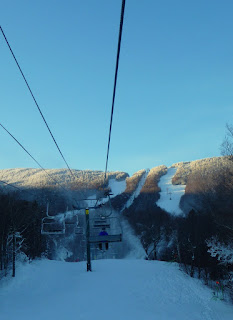 The first full day I was back my Dad and Melissa got hitched. It was a small ceremony at the house.
﻿ 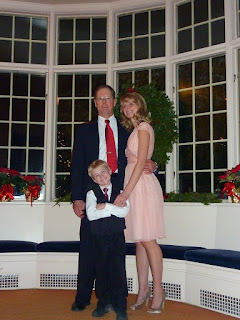 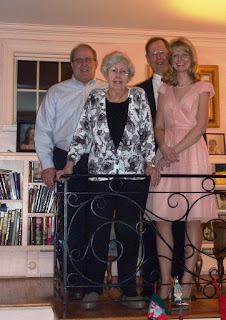 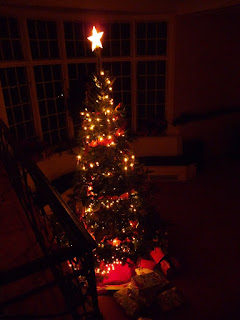 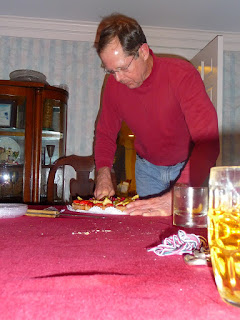 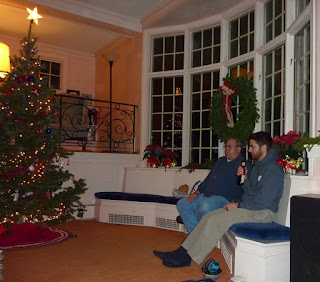 On Xmas Day I went to Rikerts and skated laps in the meadows. A thin, roll-packed base was covered with about an inch of overnight fluff. 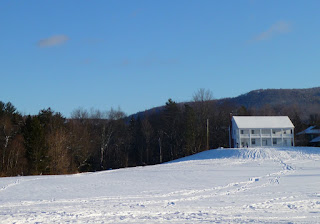 Amy and I went for a walk to Nettle Hollow and Bowen's Landing the day after Xmas. 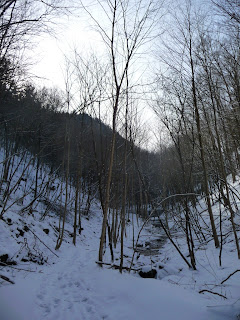 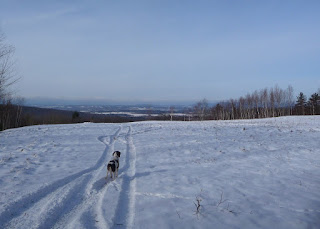 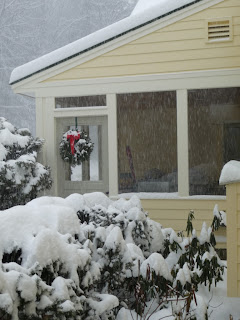 Two edges! Double the fun? Funner than Ay-Kay, the Great Gray North. Stuckagain snowpack succombed to the rain and Cindy's gardens made an unusual December emergence.

Two edges!!! Double the fun? Funner than Ay-Kay, the Great Gray North where Stuckagain snowpack succombed to the rain.