Heavy wet snow in the mountains on top of an older layer of dry powder, all perched on a slippery wind and rain packed base, convinced me to stick with the skinny skis this weekend rather than test the slopes alone. I spent Friday kicking the legs back into gear on the skate skis after taking most the week off to recover from a head cold.
After skiing about 15k on my own I got bored called it a day and went into town to get gas before heading home, when I bumped into Justin, a local orthodontist and die hard skate skier. Justin is a cyclist turned skate skiing fanatic. He's out almost every night I'm so I've been meaning to catch up with him, both figuratively and literally.
He was just heading out for a 3 to 4 hour ski and wanted to know if I wanted in.
I'm a sucker and was still feeling good so I said yes.
Chasing him around the Wolverine Loop for another 15k was a huge boost for my form. I won't get into it now, but I'm constantly reminded that before October, I had never skate skied in my life, and everything I know I've learned on the trail or by watching races.
I didn't realize until later that evening and most definitely Saturday morning, how hard the second ski working on technique was, but I was out cold by 8:30.
Speaking of races though, on Tuesday, with some luck, I'll get out of the office in time to do my first race. It's just a friendly competition community race, but skiing by myself almost every night, I'm looking forward to falling into a pace line and working more on my technique.

Saturday I went up to the foot hills of the Kenai Mountains to Hidden Lake for a classic ski.
Temps climbed to 40, but only because stiff Chinook winds powered the tropical air north. I practically ice sailed down one end of the lake before finally fucking into the lee of an island for lunch. The trip back was a head down battle.
I shouldn't have been surprised, but the foot hills had essentially no snow. They never do, the Cook Inlet snowline ends about two miles east of camp, and only occasional dry snow seems to fall beyond that until Cooper Landing, where where the far reaches of Prince William Sound storms finally comes back into play.
Though I'd hoped to ski a few miles down the lake to a drainage leading to to a second remote lake, I was forced to stay on the ice as the woods only had a patchy two inches of glop in them. 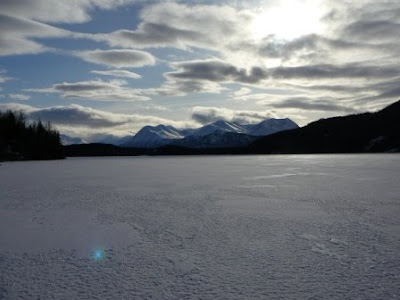 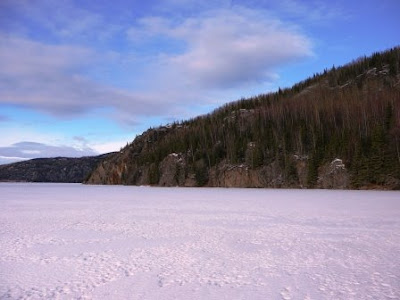 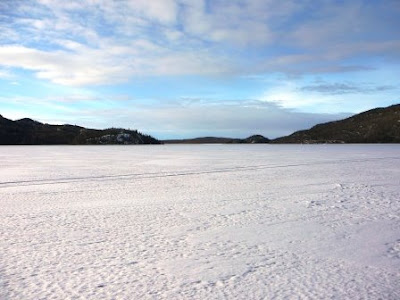 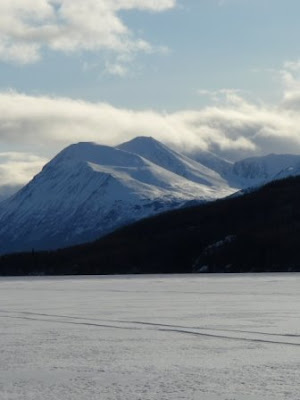 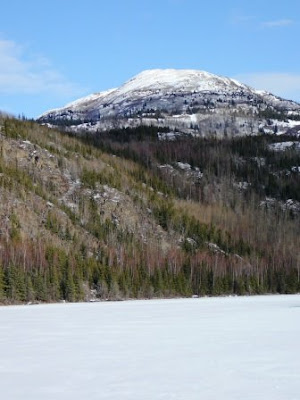 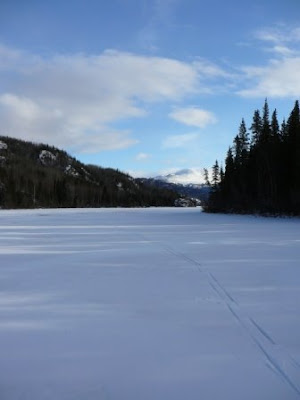 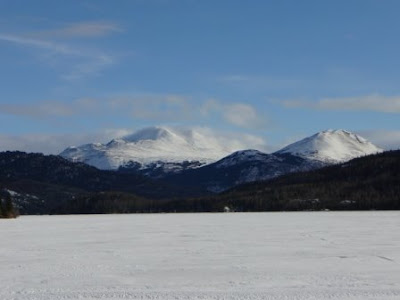 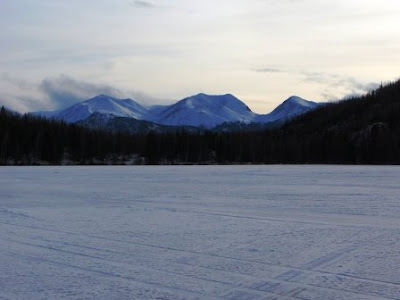 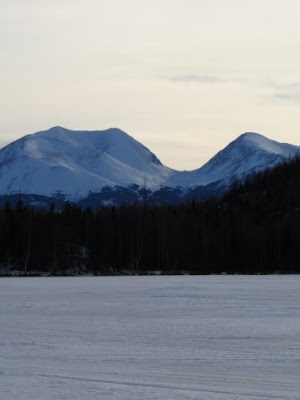 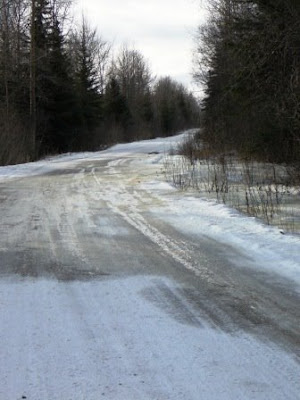 A few pics from Skilak Loop Rd. Overflow flooded out section of the road and froze up in giant yellow humps. This one is fairly minor, while other jut up enough to threaten bumpers and under carriages. 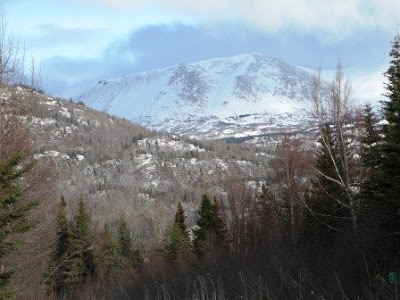 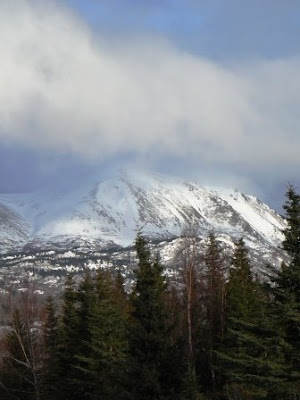 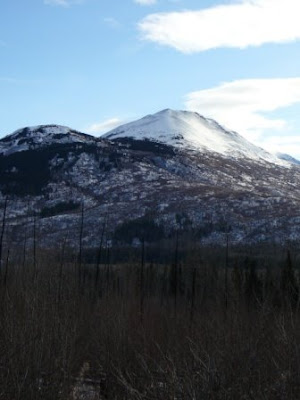 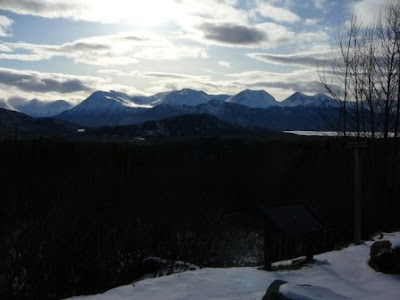 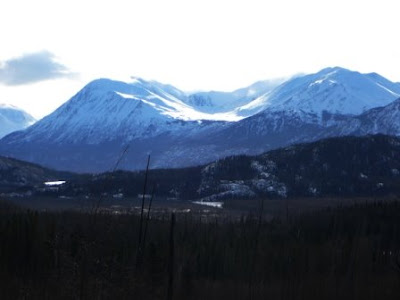