The summer cometh, so do life changes

This morning I woke up in Alaksa to see the dawn of an important date. First, I've lived here for exactly one month and one week short of a year, but far more importantly, I have only a month left in my current position at the Clarion.
On the evening of May 27 I'll leave the Clarion office as a general news reporter covering the education, river and state legislature beats.
I'll be boarding an Alaska Airlines flight the next evening with a bike and a backpack, bound for Southern California.
What happens over the next two weeks is content for another post, but on June 15 I'll touch back down in Anchorage.
The next day I'll begin working at camp again.
I'll also start a part time gig at the Clarion, managing content for a new weekly fishing section called "Tight Lines."
My responsibilities for the paper will include compiling a weekly peninsula fishing report, formatting a fishing column from a guest writer and taking my fishing report online in the form of a short Internet video clip where I'll deliver the forecast "live" from the banks of the Kenai River.
I'll be able to do everything from camp, only going to the office to help out here and there.
At the end of the fishing season sometime in August I'll go back to full time and pick up my old beats for another winter.
This development is nothing short of a phenomenal situation, very much in keeping with the trend since I got here.
For the last several months my future at the Clarion has looked like a leaky boat with a near empty fuel tank being tossed about in the high seas of the stormy Gulf.
Originally my editors planned to let me go, hire an intern for the summer and than bring me back at the end of the fishing season.
Then corporate instituted a hiring freeze, and all bets were off. If I left, there was no guarantee they could bring me back.
My editors were hoping I might split between the two jobs.
Not going back to camp was out of the question. Between my weekly wages, plus tips, room and board, I make about twice as much gutting fish than I do at the paper, even paying for private health insurance.
That's peninsula economics.
Arguably, camp is only a short term gig, and with a down economy it might seem wiser to hang on to a steady job, however, working at camp offers one major benefit: free rent for the following nine months.
It's time to be clear on something.
If I paid rent, if I paid the increasingly expensive utilities in a dark cold climate, if I didn't have a freezer full of fish, this blog would absolutely suck.
Trips to Turnagain Pass wouldn't be determined by the safety of the snow pack, but my ability to get to work, keep the lights on and keep bread on the counter.
I exaggerate a bit, but given my wages (I make less than $13/hr) I certainly wouldn't be able to get out into the mountains or south to Homer as much as I did this year.
That being said, I'm extremely blessed to be in my present situation, and its something I hope to hang onto for a while longer; but that's also a different post.
With such low pay, I could find work as a substitute teacher or work retail, and while I might have to cut back a little, I'd still hang on to my limited expenses.
With that out of the question, my editors next proposed I stay on part time.
The issue however, is that during the last two weeks of July and first week or so of August I put in long hours (average of 14), I don't shower - much -, there's no one to pick up the slack in camp when I'm not around and the few hours of rest I get I use to fish and sleep.
Suffice to say, I wouldn't be able to commute an hour round trip to work for say, 10 hours a week.
In March I began put out feelers into the community and see if I could start working any leads early. I was quite sure I'd be working somewhere else besides the Clarion when the leaves began to again yellow.
Then a week and a half ago, the managing editor told me about the Fishing section idea, and by the end of the week it was on me to make it happen.
I'm now in the process of getting things set up in advance so that during the heat of the fishing season I won't get crushed by it.
I don't feel that I'm totally out of the woods just yet, but far enough.
The industry is in the midst of a face changing transition that involves throwing journalists out of newsrooms like drunks from a bar, and I could be part of that "shift."
That however, is out of my hands.
I just got back from a great weekend in Anchorage, a place I'll likely live one day not too far down the road.
While I look forward to that day when it finally arrives, it's a place where I hope to continue to be a visitor for a little while longer.
I'm excited to spend yet another year in this beautiful place.
It's an area where steady work is thin and sometimes hard to come by, and those that have it live a dream.

No photos from "Los Anchorage" this weekend, here's some from two weekends ago on the Anglers Trail on the lower Russian River. Blogger ate them last time: 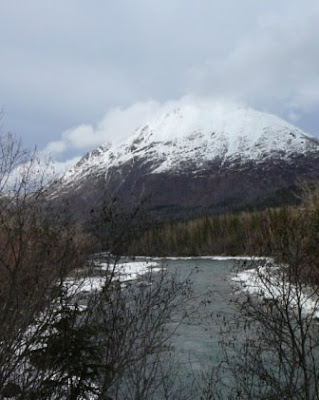 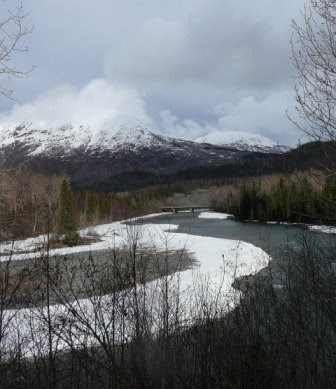 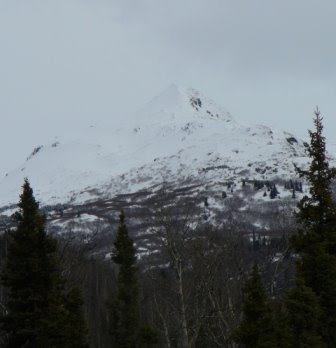 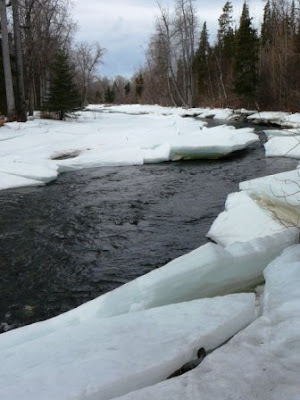 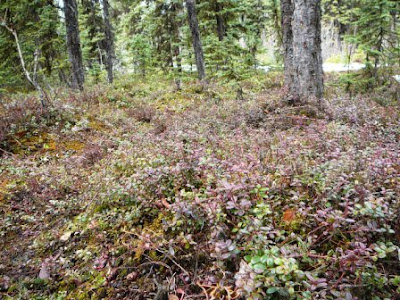