"It's a really good place to find yourself a taco."
Or so the song says.
Making good on the previous post, here's the deal on that trip to Los Angeles.
Narva has been living in a similar rent free situation to myself, working at a private boarding school in Ojai, Ca, +/- 2 hours outside of LA.
After his students graduate at the end of May, he'll be trucking back east to work his summer gig at camp in New Hampshire.
We'd sort of discussed the idea of me flying down there and making the long haul east more of a mountain bike road trip.
That was last fall. Over the winter a couple things shook out on the old home front back east, and though the east coast isn't high on my travel list, it made a lot of sense to try and get there during that time of year.
Among other things, my little brother Tony will be graduating from high school on June 13, and I felt like that was something I should try to be around for if I could. 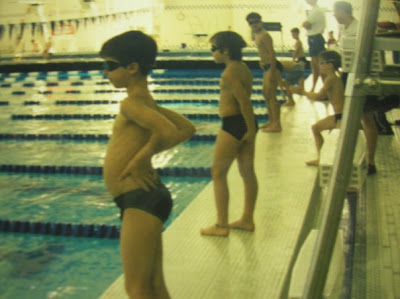 Tony is the kid to the left not picking his ass. Sorry Tony, thank your sister and the facebook.

As a bonus, Tony be flying back up here with me the day after to spend a week fishing.
But that's the end of the trip.
I'll get into LA late May 28 with some clothes, riding gear and Mari, my full suspension rig.
Narva and I will be in Ojai for a few days before hitting the road.
The itinerary isn't set in stone but the rough looks like this:
Leave Ojai after the school's graduation, go to Las Vegas and ride Boot Leg Canyon. 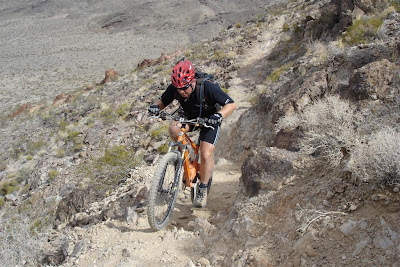 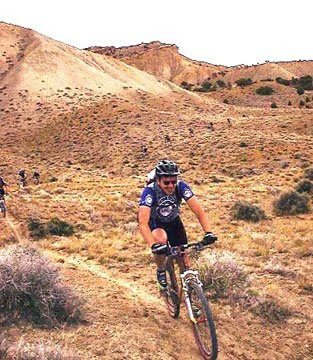 Fruit, Co. Photo courtesy of IMBA.org
Recover, and power across the mid-west to the east coast with a hopeful pit stop in Saratoga Springs to hot the Stables trails, possibly see sites elsewhere; finally coming to an end at the Kingdom Trails in East Burke, Vt. 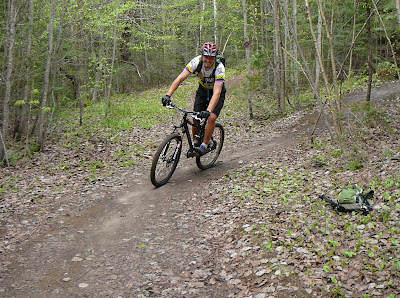 Tom shreds "Toady's Tour" at the Kingdom Trails in East Burke, Vt in May of 2008
That should take about a week and a half I'm guessing. From the northeast kingdom Narva and I will go our seperate ways; Narv to New Hampshire and myself to to Middlebury.
To some, that might sound like an awful lot of driving and crappy road food for not a ton of riding.
For non-MTBrs' to put this in perspective, the U.S. has several 'meccas' every rider hopes to visit at some point in their life. Fruita, bootleg and Moab Ut , We'll probably skirt the later of because of heat, are way up there and top out the southwest's hajj list.
The Kingdom, while not quite able to stand up with the great west, still attracts thousands of riders from the metro northeast and Quebec each summer. I was always one of them.
Yours truly ripping "Sidewinder" at the Kingdom in May '08.
I'm also hoping of course to get to spend some time on the trails I grew up on in and nearby Middlebury.
When I get back into camp around 1 a.m. June 16, it'll still be light, even if its cloudy overhead.
Additionally every cabin will be booked and the whole crew will be up for the summer.
There are two guests in the first two weeks of June while I'm gone as of now, then the masses pour in for the final two weeks of the month.
I'll be back in it elbow deep by the time I finish breakfast the next morning.
I can't wait.

Spring has sprung in the last week. I know no one in the Lower will be impressed, but temps made it into the low 60's and it was NICE.
Joe and I put the plywood up on the roof of Adam's cabin addition after I got out of the office this evening. After diner I waxxed my skis and board on the deck wearing just a t-shirt while drinking a cold one, soaking up this view: The river's already rising and the shore ice, though still several feet thick in some places, is receding. 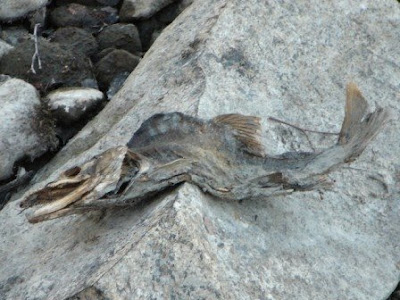 The receding ice is exposing the last vestiges of fall. The bugger managed to get freeze dried on the ridge of a large boulder. 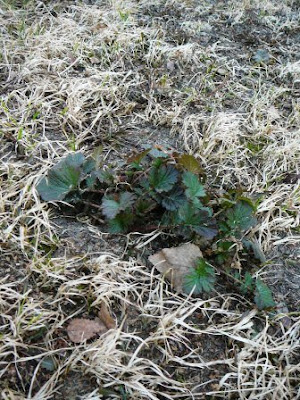