Despite my lamentations on Sunday, the snow finally arrived this week.It snowed a little Sunday night, I think just to spite me, and Wednesday a few inches came down in Kenai, less towards Soldotna and Sterling.
The forecast had actually called for a chance of rain Wednesday, so of course, I decided to run that morning, but by the storm's end early afternoon, there was enough to golf course ski.
A few more inches are supposedly in the works in the next day here too, so who knows.
Regardless, the trails are still too thin to groom, but Anchorage has picked up enough to get things moving and I'm pretty sure I'll be taking a trip north this weekend.
We’ll see, there’s a reason I don’t like talking plans on this blog, they change all the time.
In anticipation though, I've waxed my skis, and been reminded of what a tedious task that is.
The general rule is that skate skis need to be waxed for every three hours of use. Obviously a good wax job can make or break a ski outing. If a skier gets lazy and decides to push their bases and dry them out, they're going to end up working much harder on the trails.
The truth is though, I don't even totally understand what it is about waxing that makes skiing easier. I get that there's little pores in the bases, but talk of static, water adhesion or even friction just go over my head.
I do at least know that skiing is much easier when I have a fresh base with the correct wax for the snow on.
It's very similar in my mind to lubing the chain on a bike before a ride. The only difference is that when I don't lube the chain, usually the only downfall is that it doesn't take long to develop a "dry chain squeal."
Beyond that, it'd be hard to make the case that the riding gets any more difficult, unless the habit is chronic and the chain gets so dry it splits.
Anyhow, lubing a chain is an easy habit to keep, it takes all of two minutes to apply, cycle and wipe.
Waxing takes much longer.
It usually starts with another task, i.e., before doing some dishes I turn the thermostat up a few degrees and put my skis in the bathroom where the little room heats up to 90+ degrees with the door closed.
The warmth helps to expand the pores in the bases.
I have to set up a bench, lately an ironing board I secure three mounts to that hold the ski in place.
The ski waxing iron, with its thick base plate, needs a few minutes to warm up.
When I wax at the beginning of the week, I'll be waxing for two one-and a half-hour skis, so I look at the weather for the coming week and try and pick the wax that will work best over the next three days; get that wax, along with a scraper, groove pencil and brush out.
Finally it’s time to yank out the now warm skis.
I wax one ski at a time and it’s kind of slow and frustrating to drip the wax out in a zig zag pattern over the narrow skis.
A snowboard for example is a much bigger target to hit and fewere drippings end up on the floor
Smoothing it down with the iron and coating the ski evenly is about the easiest part of the whole thing though.
The waxed ski gets stuck outside where it can cool and harden while I work on the other.
By the time the second ski is coated, the first is cold and ready to be scrapped so the two skis trade places.
Scraping could be easy, however, my current set-up is less than adequate and I have trouble making long clean shaves.
The first few layers of wax come off in nice sheets, and I can sort of imagine the skis being smooth and cleaned underneath.
Then I start to realize there are streaks left along the way. This wax comes off with much more difficulty and soon the now fine dust like shavings on the scraper seem to rubbing themselves back into the base while I try and scrape.
At this point the feather-like strands of wax are also starting to litter the floor while some cling to my fingertips and clothes.
Eventually I decide the ski has been scraped clean and I'm probably gouging my base, and take the stiff nylon brush over it, buffing the ski from tip to tail.
The process repeats on a second ski.
Almost always it seems, I feel like I've scraped the second ski more than the first, and wonder if I'll have one ski that has too much wax on it dragging one leg down while the other glides along.
So far that's never been the case, but I can't shake this feeling while I wax.
If I’m racing, or planning a long ski, i.e. three hours or more, I’ll repeat the whole process with a second layer of wax.
Alas, I put the skis away, hopeful I won't hit the trail and find I'm anchored in place by some patch I've missed or a change in weather conditions.
Of course, I still have to fold up the bench and sweep up the mess before the shavings get tracked back into the lodge.
The whole ordeal eats up at least an hour, and while I'll get more proficient in the coming weeks, likely much quicker than I did last year, it's not really a satisfying process and often I just wish I could squirt a little lube on them and ski away. 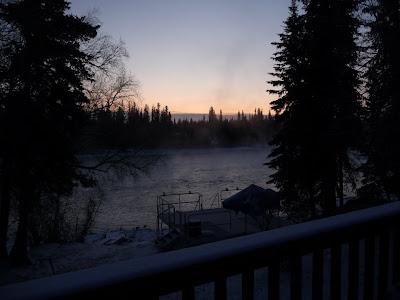 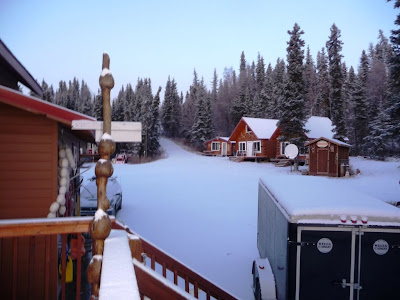