I went up to Summit Pass on Saturday to check out the snow conditions and explore a mining road on the south side of Summit Creek.
I found the pass almost totally socked in with cloud cover and hardly an inch of crusty mush at the highway.
This winter is off to a depressing start. The first big storm of the season that was supposed to come through last week fizzled and the mountains are still bony. Down low, where I'd been skiing after work now for three weeks this time last year, the trails are bare. Justin and I went mountain biking on them on Friday afternoon and ripped around on the frozen solid ground. Even more depressing is that little to no precipitation is in the forecast for the coming week.
As the darkness rolls on, it's tough to not have something consistent to do outdoors.
Anyway, my hike on the mining trail came to an end rather quickly after I hit the third gate in only a mile. The final one I saw warned of cameras and no-trespassing, and while the road looked like no one had visited in some time, I didn't feel the need to stumble upon some remote meth lab.
I backtracked and bushwhacked over to Summit Creek Trail and started to climb up into the alpine valley. 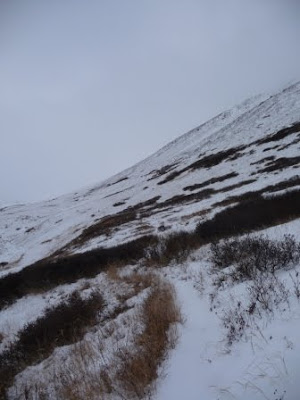 After an hour and a half or so I entered a strange orb of visibility occasionally punctuated with a patch of blue overhead. 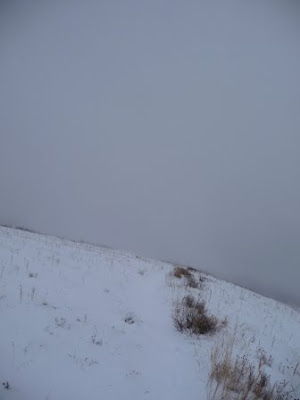 This was the view behind me. Most the hike I had a visibility of 30-40 ft. 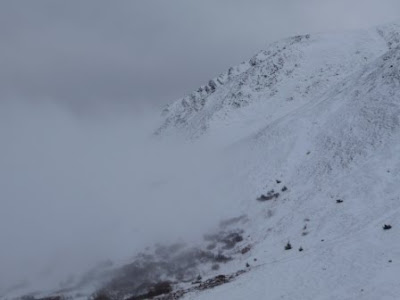 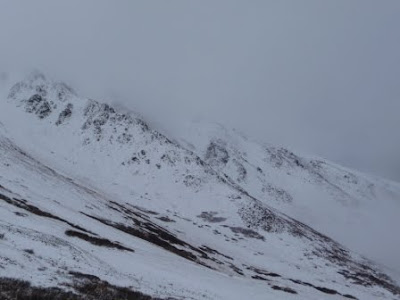 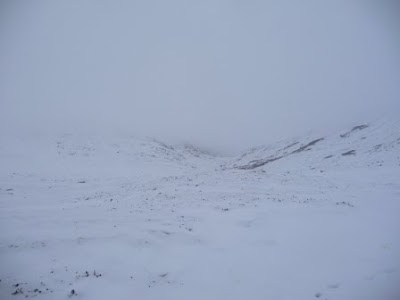 Looking on to the pass over to East Creek drainage, the clouds were settled back in.
I stopped just below where I would normally turn off to the Tarn Bowl where Rachel, Mike and I camped in August. There was anywhere from an inch to knee deep drifts, and if I was desperate a few of the gullies would have been boardable, though there's a good chance I'd hit a few rocks on the way. Somewhere on the hike up was a freeze line and the snow became drier and a little nicer quality. 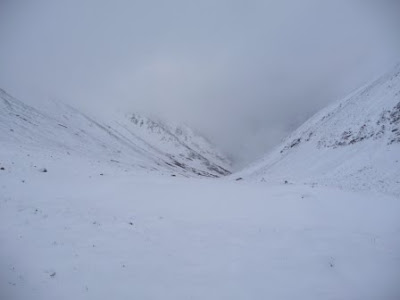 Back into the fog. 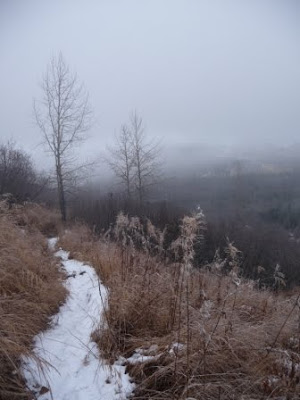 Down low, the clouds lifted a bit above the top of the pass. 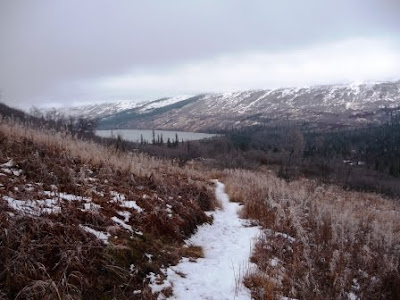 Admittedly, the gray somber views weren't helped by my memories of the valley from earlier this summer. 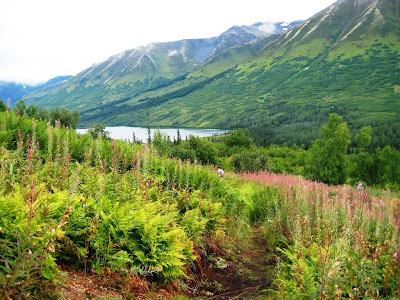