Since daylights savings went into effect, it's been easy to get disillusioned on my after work skis. Where I was once motivated to get going in the morning so I could get to work and thus get out out and catch the last rays of evening light. Now complacent, I could leave after six and not sweat.
Complacency, has nothing to do with spending less time on skis because of changing of a season, but everything to do with the fact that at 10 after eight in the evening, it's this light out: 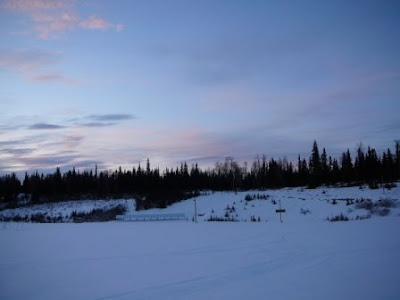 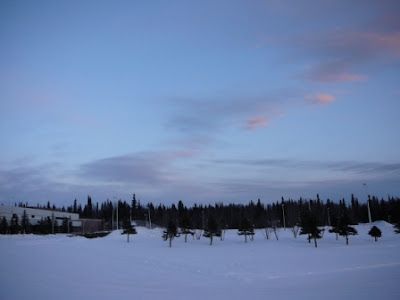 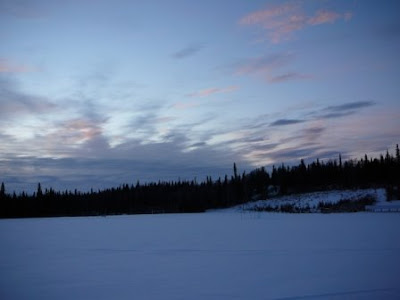 I snapped these at 8:10 after my 15k ski on Monday.
It's easy to get disillusioned out there, to ski another lap, or two, just because hey, its still light, its comfortable out, and the sunsets could break the instant fix option on photoshop.
My headlamp has seen its last of the Tsalteshi trails for this season I think it's safe to say.
Even at 9 there's still light in the western sky, and in a few more weeks I'll see the same light just before I drift off to sleep at 10.
The growing daylight has reignited an old passion for how amazing this place truly is. I've sort of had that tamped down by winter's bitter cold and dark, but now, as temperatures rise into the 30's during the night but stay frigidly cold at night to hold the snow, and the sun beams down with great strength, I'm in love again.
More on that some other night.
Posted by Dante at 10:02 PM