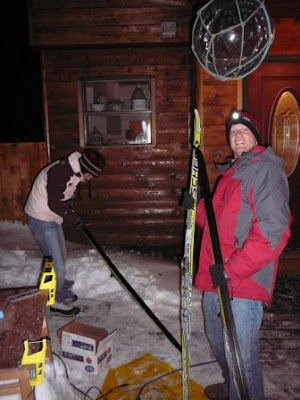 Kieth and Emily scraping and waxxing down skis into early Sunday morning at Emily's Aunt's house in Anchorage. 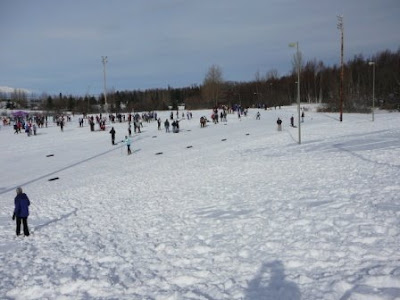 The finish at Kincaid 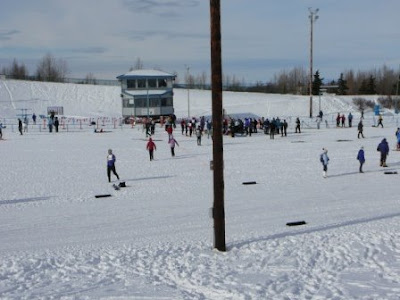 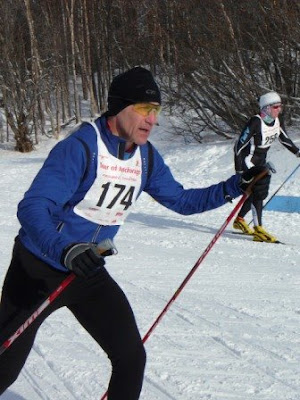 Here's an unidentified 50k finisher topping out the climb 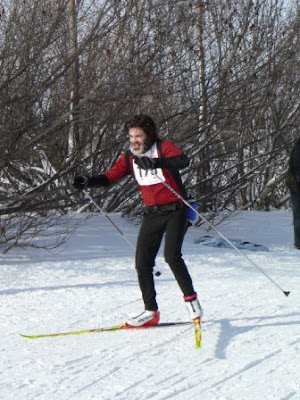 Another 50k finisher, who I will say, if I had a longer head of hair, looks a lot like me. Strange. 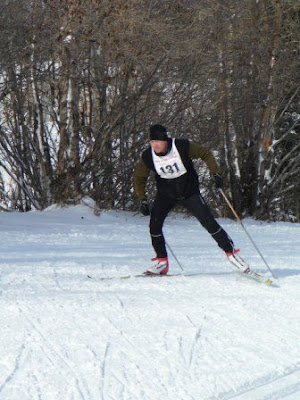 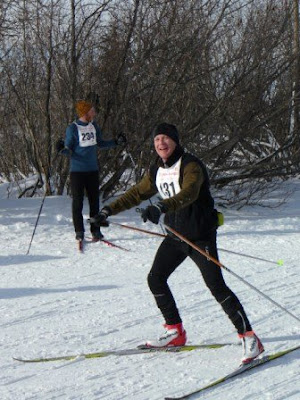 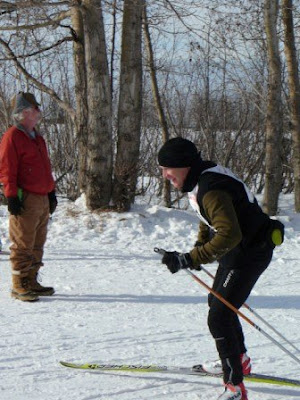 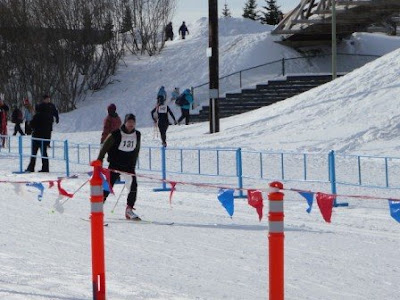 Through the finish line 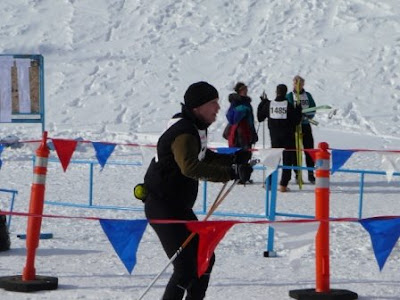 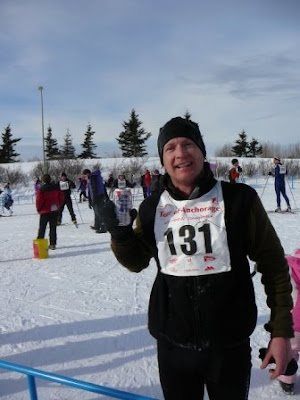 Kieth celebrates his finish with a PBR.